Most viewers of South Korean singer Psy's Gangnam Style video see it as an infectiously entertaining mix of rapping, dancing and over-acting (or a satire exposing the superficiality of Korean society).

Inspired by the video's cult popularity, the 34-year-old Korean American decided to dress as Psy for Halloween. But mimicking the singer's outlandish outfit was harder than expected. Despite searching online and in his hometown of San Francisco, Lee couldn't find a Psy-style powder blue tuxedo jacket he liked.

As the Gangnam Style video climbed in views (439,738,179 at last count) and "likes" (currently 3,906,815, the most accumulated by any YouTube video ever), Lee realized thousands of people were likely to be in the same predicament come Halloween. By September 13, Lee had registered a website, Gangnam Style Halloween. A week later, he was taking pre-orders for Gangnam Style jackets, shirts, bowties and sunglasses. Lee is currently shipping about 100 $77 jackets a day to customers in the U.S., Canada, Australia, U.K. and Europe. At least two other competitors have since cropped up, but Lee's site was the first to go live and deliver products to consumers. "We knew speed to market was one of the most important things for this project," he says.

Lee, who works full-time as a web developer, had no experience designing or selling clothes or running a business. To test the market, he bought $50 worth of Facebook display ads that encouraged people to dress like Psy for Halloween. Using Facebook's filters, he targeted the ads at Asian men who like Korean pop music, figuring they would be his core customers. The ads pointed visitors to a rudimentary website that invited them to leave their email address to learn more. More than 60 people expressed interest in buying Gangnam Style costumes during Lee's first day of advertising, convincing him there was adequate demand for his idea.

Next, Lee had to actually produce the outfits. Using the Korean search portal Naver, Lee contacted a clothing manufacturer in Seoul. The manufacturer agreed to produce the jackets and shirts if Lee sent samples. He spent a week scouring San Francisco's vintage shops before locating a brown jacket that resembled Psy's. He also found a ruffled tuxedo shirt that looked about right except it had full sleeves. Lee mailed both to Korea with instructions to make the jacket blue and to chop off the shirt's sleeves.

The venture quickly became a family affair: Lee asked his wife, an accountant, to handle the books while he refined and expanded the Gangnam Style Halloween website. His Seoul-based in-laws help by picking up finished wares from the manufacturer and shipping them to San Francisco. Lee and his wife then send the products on to their customers.

Most of the orders come from the US, but Lee says he also has a sizable business in Canada and growing interest in Europe. The company has been profitable since its first week. Lee's greatest challenge now is to stay ahead of competitors. His chief rival, GoGangnam.com, sells similar tuxedo jacket for 40% less.

In response, Lee has been emphasizing quality, noting that his jackets are made of cotton instead of synthetic material and are fully lined. "Our target market does not mind spending extra to come up with a better outfit," Lee contends. "We produced an actual jacket, not just a costume." He also highlights the fact that his jackets are produced in Seoul, where Gangnam Style originated.

Rather than spend money on advertising, Lee aims to show customers the fun of being Psy. He has spent the past few weekends frequenting San Francisco clubs in costume and documenting the results. The resulting pictures, which depict Lee posing with grinning strangers, are posted on his site along with a short video of him lip-synching the Gangnam Style song. "The result was very positive," he laughs. "I was the center of attention every place I went."

Lee is also trying to make his site a resource for Psy enthusiasts. The site features several "How to be like Psy" tutorials, including guides on copying the singer's hairstyle and poses and Romanized lyrics so English speakers can recite the Gangnam Style song. There's even a downloadable and printable color mask of Psy's face.

As Halloween approaches, Lee plans to start publishing customer photos. "My main goal is to create a community for everyone who is Psy on Halloween," he says. Though business will inevitably slip after the holiday, Lee isn't fretting yet. "I'll see how it pans out," he says. "I'm having so much fun." 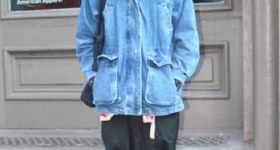 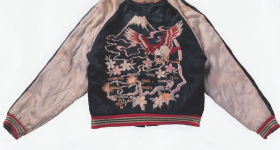 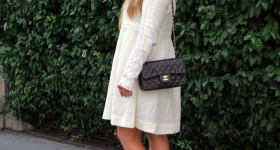