The first time I heard Lenny Bruce was from an old Warner Bros. LP I picked up from the local record store.  The Law, Language and Lenny Bruce caught the comedian slaying his New York City audience with jokes about men screwing chickens and exegeses on the dirtiness of “dirty words.”  It was funny, and Bruce’s late-Sixties, Yiddish-inflected delivery made it even funnier.  But towards the end of Side B, Bruce’s tone turned on a dime, and he launched into a poem written from the perspective of Adolf Eichmann, the Nazi official largely responsible for administrating the Holocaust.  “I watched through the portholes, I saw every Jew burned and turned into soap,” Bruce spoke in a caricatured German accent, before raising his voice: “Do you people think yourself so better?  Because you burn your enemies at long distances with missiles? […] Hiroshima, Auf Wiedersehen!”  The audience, laughing just moments earlier, was suddenly silent; and, Bruce had tricked his listeners into considering other dirty words like genocide, war crime, and complicity.  It was stunning, and for me, an important lesson about comedians: the greatest among them are masters of the bait-and-switch.

There’s something similar at work in Alex Gilvarry’s debut novel, From the Memoirs of a Non-Enemy Combatant.  Gilvarry reels us into what at first seems like an absurdist, post-modern satire on the endless “war on terror.”  The novel traces the rise and fall of the unlikely Boyet Hernandez (“Boy” for short), who is, at once, a Filipino making his way in the Big Apple, an up-and-coming fashion designer, and, due to a terrible mix-up, a Guantanamo detainee.   Narrating his story from a detention cell, Boy describes the world he inhabits before his arrest as a cartoonish landscape, ripe with outrageous coincidences.  Examples?  A Gay Irish-American named Ben Laden agrees to manage Boy, after his name causes clients to drop him.  A paramilitary group known as the SMERFs (Secure Military Emergency Reaction Force), we learn, will eventually arrest Boy.  And the outfits from the fashion world – a see-through burka, for example – lend themselves easily to absurdity.

But the novel takes a turn midway through, and the abuse that Boy and the other detainees experience in Guantanamo begins to bleed into his comical narrative frame.  Boy mentions a fellow detainee’s bizarre method of suicide in matter-of-fact terms (“The man crumpled the [plastic water] bottle up and then began to chew”), and only until that image becomes gruesome, with the man trying to ram it down his throat until it slits him from the inside, do we move from dark humor to just plain dark.  Even the jokingly-named SMERFs brutalize Boy, to the point where he “couldn’t begin to formulate language.”  That switch from the absurdist comedy to visceral horror is one of the more interesting facets of From the Memoirs.  Gilvarry effectively pulls the rug from underneath his unsuspecting, and erstwhile amused readers. Photo of the author by Beowulf Sheehan

That mishmash of tone doesn’t always hold together, though, and at times, From the Memoirs seems to lose control of its abundant signs and metaphors.  Take that see-through burka, for instance.  A fashion reporter within the novel describes it as politically and aesthetically subversive, “calling attention to those parts of the world where women lack the most basic freedoms.”  Are we laughing at the reporter’s liberal misreading?  Or the sheer silliness of the design itself?  More troublingly, the semi-satire of the novel produces caricatures like Ahmed Qureshi, a flamboyant Pakistani émigré, who invests in Boy’s fashion company by day, and smuggles bomb-creating ingredients by night.  Under the guise of satire, Ahmed would seem like the embodiment of an exaggerated, Islamophobic fantasy.  But by the end of the novel, when the story takes a turn for the real, how are we to understand him other than just as a flat, two-dimensional terrorist?

From the Memoirs might actually be its strongest when Gilvarry forgoes the maximalist voice, and brings Boy’s careful eye to more banal settings.  At one point, Boy finds himself in an Ikea, observing a familiar scene:

Turning one of the corners, Michelle and I came upon a day care area.  A child was bent over, being spanked by his mother.  The child whined.  Other parents and couples stood around, wondering if they should say anything.  But it was the winter, a season of inaction.  Everyone watched the young child get his and continued to do nothing.  Perhaps it didn’t matter.  He was wearing a snowsuit, so I can’t imagine he felt much of anything.

It’s a surprisingly quiet moment in a novel full of sensational humor and violence, but it also resonates with the broader themes Gilvarry seems to be getting at throughout.  A group of witnesses feign ignorance, or rationalize their inaction (“I can’t imagine he felt much of anything.”)  A few more steps down that logic and we arrive at our national culture, which cares enough about what’s happened in Guantanamo to grimace but not enough to make its closure a political priority. Even if Gilvarry occasionally falters on the delivery, his attempt at looking closely into the seriousness and the absurdity of the war on terror makes his debut a promising one. 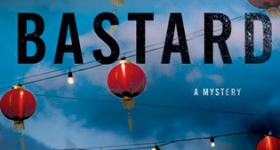 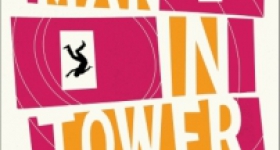