In an effort to shave off some of our expenses, we've recently cut our cable. This has allowed me to explore the array of Korean dramas on Hulu Plus and Netflix. It's been a weird way for Huz and me to bond -- he'd never watch these shows on his own, but he likes watching along and providing better translations for me as practice.

I surveyed my friends (many of whom were already well-versed in Korean pop culture) for some recommendations of dramas, and I landed on A Gentleman's Dignity, which has been promoted in Korea as the male Sex and the City. It's a fairly new show, having run this past summer in Korea.

I'll be frank; I've never been a romcom fan. I've identified as a feminist since my early teens, and even then I knew that romantic comedies had a tendency to reinforce traditional gender roles and set unrealistic expectations for relationships. Too often, I felt romcoms cosigned behavior that would come off creepy or be otherwise unacceptable in real life. I'd expected romcoms from my mother-in-law's "Old Country" might be even worse than the ones out of Hollywood in terms of antiquated dating traditions and domineering men, but I really wanted to go into this with an open mind. Aside from that, all of my favorite shows were off-season and I really needed something light to get into when the kids went to bed.

I can't lie. A Gentleman's Dignity was fun and fluffy to watch. It was was a rough ride getting into it, but things really picked up about halfway through the series, and I blew through the last ten episodes within a couple of days.

I didn't watch it without issue. It fits squarely within the romcom genre -- it's focused on the relationships of single men in their early 40's -- but so much of the behavior is far from romantic. A lot of wrist-grabbing, possessive boyfriends, and stalker-like behavior, and this was a show that completely favored the male perspective. You like all the characters by the end, but you spend half the series wondering why anybody would like any of these people (much like the Sex and the City franchise ended).

I'm just not sure how fair it would be of me to do a feminist reading of the show. I know next to nothing meaningful about the cultural context, and I'm not here to dismiss all Korean men as being controlling and possessive because I watched one TV show. Many parts of the show, I found myself not even really getting what was going on and I knew I was losing stuff in translation. Instead, I decided to google around for more intelligent critiques, and actually found a growing amount of feminist critiques of Korean dramas written by true K-drama fans.

A Master List of Feminism x K-Drama posts is a great place to start, with links to a number of essays about the intersection of feminism and K-dramas. Outside Seoul has a great feminist analysis of A Gentleman's Dignity in particular (not to mention a scathing review of the series). She also has an interesting essay on the gender-swap trope in K-dramas, as well as a list of favorite shows that I can't wait to sink my teeth into. 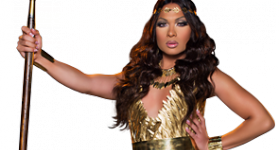 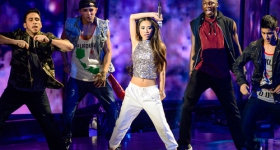