"Hearts
will never be practical, until they are made unbreakable" --  The Wizard of Oz
(1939)

I don’t know
Janet Liang as well as others in her life. I do not know her favorite color,
her favorite smell, the way she combs her hair in the morning, or the small
things one should know of another. However, when I found out that she died, my
heart completely broke as if I had known her lifetimes over. Although I do not
know her intimately, I recalled the way she giggled when I asked to support her
cause for the Mr. Hyphen competition in 2009; how she told me -- on
numerous occasions -- that my writings and grammar were definitely “rough” -- even
as a graduate student. The way she looked when I finally met her at the Asian
American Donor Program (AADP) -- when she confided how chemotherapy ravaged her body and
about not feeling woman enough -- and the haunting text she sent me after I won
Mr. Hyphen: “you’re my guardian angel.” I may not know Janet in the capacities
that a lot of people in her life know her, but I know Janet in the ways that
only I can.

She was a beautiful soul, attempting
to live a vivacious life that adorned the night sky with flashing lights and
hidden stars. She was born in Honolulu, and had such a thirst that you could
definitely tell that she embodied the “Aloha” spirit. Oh definitely, she had
Aloha.

Back
in 2009, all I knew of Janet Liang was that she was diagnosed with acute
lymphoblastic leukemia while at UCLA. Curious, I began peeking through her
life and her homegrown movement, Helping
Janet. She worked tirelessly to
raise awareness about registering POCs in the national bone marrow registry; about
the need to
inform and push for solidarity in our communities; and about the discrepancies and marginalization amongst Asian American donors (Currently, only 25% of
the national registry represents racial minorities and communities of color. If
you're Caucasian, your chance of finding a donor is around 80-85%. However,
if you're a person of color, there is only a 35-45% chance of finding a donor. If you're of mixed heritage, your chances are even smaller). All the while, Janet was
being housed at UCSF and undergoing new and experimental forms of treatment. After
enduring several aggressive rounds of chemotherapy, she achieved full remission
in 2010 and was given a second chance. Unfortunately, in December 2011, doctors
informed her that she had relapsed.

I
think that this is the chapter of the story which most people know by now: how
Janet’s campaign became a larger-than-life bond and where we witnessed her
heartbreakingly public plea that she didn’t want to
die. Communities came together and drives were hosted nationwide,
we saw the true power of social media and how it was able to reach far ends of
the planet, and people began to fall for a young girl who dreamt beyond all we
could comprehend. Additionally, Janet became a public
hero and figure, and was recognized by numerous organizations such as Asian Pacific Americans
for Progress and A3M for her sacrificial work.

This
campaign, which brought so many people to Janet’s doorstep and unmasked leukemia within the Asian American community, also brought about a new hope
for this girl I’d come to love. On June 20, I received word that
she “found a 9/10 donor match from a 29-year old male.” She was going to have
a shot at life. On September 5, after battling acute lymphoblastic leukemia in 2009 and
relapsing in 2011, she finally got her transplant, which began "at
12:30 pm PST and [ended] approx 45 min [after]."

As
I wrote this at two in the morning on September 12 (Honolulu time), the public had yet
to hear the news that Janet passed away. I didn’t yet know the
details, but my heart felt and still is completely broken. I don’t know why or
how these things happen, but they do and, sometimes, the world isn’t as
brilliant as we’d hope it to be.

The
last and only time I saw Janet in person was when she was volunteering at the
offices of AADP. I remember that meeting. She was short, had a huge smile, didn’t
really get my jokes, but immediately hugged me. I bought her a book as a way to
suggest that things do get better. It was Unbound Voices: A
Documentary History of Chinese Women in San Francisco (1999) by Judy Yung.
The book is an inspirational account of Chinese American women and the lives they
spent in America. In my warped mind, I probably thought Janet would appreciate
this documentation of Asian American female perseverance and the ability to
endure. Shrug. What do I know? I geeked out.

In my academic naivety, I wrote in the book flap, “Be strong and be brilliant.
Dream big, and dream forever.” Although she is gone, Janet is strong. She is
brilliant. Her dreams were and are big, and they shall live forever with all
those she has touched. What happens to her voice is now unknown. However, people only truly die if we forget their lovingly tireless
work, as well as withdraw from re-imagining and paying homage to their
legacies. Maybe the point is that it is now up to us to continue Janet’s
brilliance. It’s time for us to keep her alive.

Be well, be warmed,
and be loved, family. Me Ke Aloha Pumehana (with the warmth of my love) 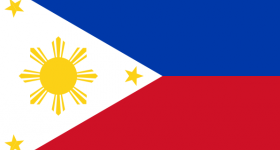