It started on Valentine’s Day with a small social media
campaign to collect 1,000 signatures. Using the hashtag #18millionhearts, the
organization 18 Million Rising, a relative newcomer to politics that launched
last September, is utilizing social media tools to build support for reforming
immigration laws in the United States.

18 Million Rising is not working alone. An entire network of non-profit organizations, including the Asian Law Caucus and the Asian Pacific
American Legal Center (APALC), have teamed up on the campaign. Each group is bringing
its own expertise to the table.

With Congress set to debate immigration legislation in early
April, the stakes are huge for the estimated 11 million undocumented immigrants
who currently live in the US. At issue are the details of who among the 11
million will get a path to citizenship and what kinds of people the US will
accept as immigrants in the future.

“We want to make
the maximum reduction in the size of the undocumented population,” said Christopher
Punongbayan, Deputy Director of the Asian Law Caucus. “We also want to base our immigration system
on family, compared with other industrialized nations who base their
immigration on the needs of the economy.”

The
#18millionhearts campaign currently advocates a set of principles, including a
reasonable path to citizenship and the preservation of family immigration, for
supporters to sign on to. The organization and its campaign partners are
waiting to see what Congress will propose when it fills in the policy specifics
through a bill.

However, some of
the coalition’s positions are sure to meet resistance from conservative
lawmakers on Capitol Hill. For instance, the Asian Law Caucus wants a path to
citizenship for those with minor criminal offenses. Due to a sweeping illegal
immigration law in 1996, non-citizens who commit even minor offenses can be
deported by the US government.

But Punongbayan
believes many minor offenses, such as shoplifting, were done out of necessity,
since undocumented immigrants have been denied legal access to the labor market,
making them more likely to live in poverty.

“These are folks
who have been convicted of minor criminal offenses,” he said. “They’ve already paid their dues, and
shouldn’t be punished a second time.”

One of biggest
question marks of immigration reform is what a reasonable path to citizenship
entails. So far, the principles outlined by the Gang-of-Eight US senators last
January has that path starting from the “back of the line of prospective
immigrants.” A looming deal among these senators could see a 13-year process
for gaining citizenship.

Still, that vague
“back of the line” language could mean a longer wait, according to Connie Choi,
a staff attorney at APALC. She said prospective immigrants from Asian countries
already have some of the longest backlogs to get a green card, with Filipinos
waiting an average of 23 years. Tag on another 13 years, and those who are
undocumented could spend half of their lifetimes waiting.

“That’s 36 years
in missed birthdays, holidays, and anniversaries,” Choi said. “That’s
unreasonable. We want a
simultaneous clearing of the backlogs. Thirteen years is more than enough time
to wait.”

Of course, none
of these debates are very applicable until the public actually sees the bill.
So far, immigration reform is reduced to a set of principles and a lot of
backroom wrangling between lawmakers in Washington DC. The
#18millionhearts petition is just the first salvo that is setting the stage for
a potential showdown when Congressional debate begins in earnest.

APALC is working with its sister organization, the Asian
American Justice Center, to lobby members of Congress and stage a Washington DC
rally on immigration reform on April 10, with the goal of pressuring Congress
to pass something this year.

The Asian Law Caucus is planning a campaign to bring individual
stories of undocumented immigrants to lawmakers, and to the general public,
by using short video clips. Punongbayan
says most of these stories will be of young people, who are becoming more vocal
and unafraid of revealing themselves as undocumented.

Then there’s campaign partner 18 Million Rising. The group is hoping
to capitalize on an interesting demographic fact to build its support base. According
to the last census, 80 percent of Asian American households have internet
access, the highest among all racial groups.

18 Million Rising’s director, Christina Samala, said the
organization is planning another major social media campaign in May. She
revealed few details to keep it a surprise, but did say the campaign will
involve media personalities on video.

“It’ll be an exciting time for AAPIs to have creative and digital ways to
participate in the fight, and take a huge role in shaping what immigration will
look like in this country,” she said. 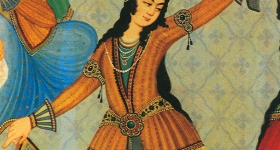 LTE wrote on Thu, 03/28/2013 - 7:31am
“We also want to base our immigration system on family, compared with other industrialized nations who base their immigration on the needs of the economy.” . Other industrialized countries take their economies and legality more seriously than the United States. When a country is racking up and additional $1 trillion in debt every year, some standards have to be set. The United States is no longer financially able to be the world's sugar daddy. . "However, some of the coalition’s positions are sure to meet resistance from conservative lawmakers on Capitol Hill." . I was reading a news article on the immigration bill as it stands now. It appears the Democrats are going to try a repeat from the last time, poison pilling the bill to kill off Republican support so it can be used in the 2014 election. This maybe more key as Obamacare is starting to kick in and many people are getting unpleasant surprises. The Democrats may need an issue to run cover for them and a failed immigration bill will serve the need. Obama will talk up immigration reform while knowing all along Senate Democrats will try to kill the bill off. . This will allow Obama to run around the country saying I tried but those darn Republicans killed the bill, again.