A screenshot from your worst Orientalist nightmare.

A dilemma has emerged in a social media-dominated age in which clicks, likes, and tweets count just as much as hard currency. If an unknown, un-talented band comes out with a gleefully racist and sexist song that degrades Asian Pacific American women, how does one respond to such an act without promoting their toxic message? Such is the case now. This is different from when Bloodhound Gang released "Yellow Fever," or when companies like Abercrombie and Fitch sparked campus protests with their anti-Asian t-shirt slogans. Even mentioning this band's name (which I won't) could lead to a Google search, which could lead to their YouTube clip, which could lead to a click of the video, which would increase their visibility, potential advertising revenue, etc.

I'm sure many of you have already seen the music video, or watched your Facebook newsfeeds blow up with a song that features Orientalist lyrics as old as...Orientalism. So if you haven't heard the song, you don't need to. You already have.

But if you haven't seen the video, and you want to get a sense of what we're up against -- what we've always been up against -- without giving them any precious clicks, here are a few choice lines [trigger warning]:

Still, as Lenin asked a century ago, "What is to be done?"

The Maoist answer: Feed the people, not the trolls.

Inspired by Jeff Yang and Bao Phi's (who are not Maoists, just to be clear) decision to post videos of APA women-identified musicians on their personal Facebook pages, I have decided to do something similar. The following is a YouTube playlist of 47 music videos featuring talented APA women-identified musicians that spans genres, generations, and themes, curated by myself and Sean Miura. Sean is Mr. Hyphen 2013, future Hyphen Magazine blog columnist, and co-director of the 1st & 3rd Tuesday Night Cafe in Little Tokyo, Los Angeles -- a space that has featured some of the below artists (also props to RAMA, Bao, Catherine Fung, Taz Ahmed, Bryan Thao Worra, Quincy Surasmith, and others for pitching in! A team effort).

Sean has also compiled more songs by the below artists into a Spotify channel called "The Feed The People Playlist: APIA Female Artists on Spotify."

Think of this as the beginning of a clickable, downloadable archive of APA women musicians. One that will be fuller when you suggest artists that we've missed in the comments section below. One that will long outlast a single vile song. One that speaks for itself.

Let's feed each other. 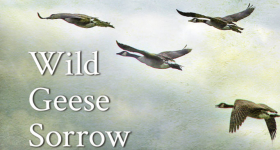 You're welcome.  I think we all needed it :)

Laura Mam of The Like Me's (one of the bands featured in the playlist) just launched a Kickstarter campaign to support her solo career. Check it out: