California-born, Utah-raised, and New York-refined, Terry K. Park is a Provost Dissertation Fellow and PhD candidate in the Cultural Studies Graduate Group at the University of California, Davis. He has taught courses in Asian American media, history, theater and 1950s Cold War American culture at UC Davis, Hunter College, and San Quentin State Prison. As a former performance artist, his off-Broadway solo show, 38th Parallels, premiered in New York City with the Pan Asian Repertory Theater. He is the creator and host of a weekly web-based roundtable talk show on Jeremy Lin and Linsanity called The Joy Dunk Club, presented by Asian CineVision. In the Bay Area, he curates a monthly Asian/Asian American film series called Oppa Oakland Style at the New Parkway Theater. He is also a member of the Asian Prisoners Support Committee, for whom he represented at the 2011 Mr. Hyphen Contest. As Mr. Hyphen 2011, he hopes to cure the world of Bieber Fever with Linsanity.  Check out his website, terrykpark.com.

Not sure what to wear to our PJ Soiree Party on September 13th? Want to win the sleepwear contest? Get some fashion advice straight from the guest judges for the evening, Jenny Ton and Julia Rhee of Retrofit Republic.

How does one respond to a racist, sexist troll -- without feeding that troll?

Today would've been David's 15th birthday. To commemorate his birthday, Hyphen Magazine has created an online memorial, which includes a letter from the Phan family, a gallery of letters from classmates and teachers, and a request from the Phan family for donations to support an anti-bullying fund. 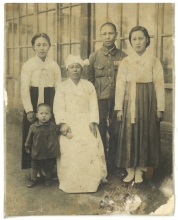 Memory of Forgotten War features testimonies of four first-generation Korean Americans survivors of what is known in the US as the "forgotten war." Co-directors Deann Borshay Liem and Ramsay Liem discuss the making of a documentary that offers an informative, yet intimate glimpse into the human toll of a war without end.

Jiseul is the first Korean film to win the Sundance Film Festival’s prestigious World Cinema Dramatic Grand Jury Prize; the 2013 jury took less than a minute to come to its unanimous decision. O Muel’s film offers a haunting portrait of a forgotten massacre whose ghostly voices flicker into a Cold War darkness.

One year ago, there was not one, but two Linsanities.

First, there was the Linsanity that we all witnessed: that glorious stretch of games when an Asian American point guard from the end of the New York Knicks bench scored, passed, and even dunked like he was possessed by a higher power. Twitter feeds lit up like Times Square; marriage proposals and VaLINtine’s day cards were thrown at his feet; Lin-spired merchandise flew off the shelves like Lin’s lobs to Tyson Chandler; horrible Lin puns, like, “Lin-spired,” were churned out and judged by a giddy Spike Lee.  Even President Barack Obama claimed he knew about his fellow Harvard alum before anyone else did.  With each heart-stopping drive down the lane, and with each groan-inducing racist utterance from national commentators, there was an overwhelming sense that we, the Asian American we, were on the court with Jeremy—both the basketball court, and the court of public opinion.  In the span of a month, Jeremy lifted a team, a city, and Asian America.
But how was Linsanity for Lin?
“It’s the craziest thing that’s ever happened to me,” said Lin at the Houston Rockets’s morning shootaround in San Francisco, on the day he faced the team that originally cut him, the Golden State Warriors, for their “Asian Heritage Night.”  “It’s a great memory, and it’s something that I’ll have for the rest of my life.”
And from the hundreds of fans who stayed after the Warriors 116-107 loss to the Rockets (Jeremy had a double-double with fourteen points and eleven assists, and a couple of patented right-handed drives against his old teammate Stephen Curry), it was a great memory for many in the Bay Area, who watched Lin grow as a local high school champion and welcomed him back as the most popular benchwarmer ever for the Warriors.
Indeed, before Linsanity, there was just Lin. And that was enough for director Evan Jackson Leong and producer Bryan Yang to make a documentary about an Asian American basketball phenom from Palo Alto. They started following Jeremy at Harvard.  They were there when he went undrafted.  They were there when he outplayed John Wall for the Mavericks in summer league.  And they were there when Jeremy signed a dream-come-true contract with his hometown Warriors.  That’s where the documentary, according to Jerry Ma, a close friend of director Evan Jackson Leong and producer Bryan Yang, and the designer of the poster for Linsanity, was going to end.
“Originally, they were going to do a three-part web series and tell his story on how he made it to the NBA,” said Ma, on episode five of The Joy Dunk Club, a web-based roundtable talk-show based on Jeremy Lin and Linanity, created and hosted by this author. “It would’ve been an interesting story if Linsanity hadn’t happened,” argued Phil Yu of the popular blog Angry Asian Man, who briefly appears in Linsanity.
“But,” added Ma, “they really believed something better was going to come.” And they were right.  Both Lin and Linsanity were rewarded for their persistence and hard work.  How did Jackson, Yang, and company react when Linsanity happened?  “Like being a kid again on Christmas eve and you got the present you were really hoping for,” said Ma.  “They worked really hard.”
And now Linsanity, fresh off its successful world premiere at the prestigous Sundance Film Festival, kicks off CAAMfest as the opening night film. “Oh man, it feels great,” said Leong at the press conference for CAAMfest’s announcement of its film lineup, which included a screening of Linsanity. “I’m a born and bred San Franciscan, so it’s good to come home.”
Indeed, the elusive quality of home and what it offers—stability and recognition— is a familiar Asian American theme that runs through Linsanity.  The film follows Lin’s nomadic existence as a professional basketball player, shuttling back and forth between the bright lights of Oakland and New York City and minor league outposts like Reno and Erie, Pennsylvania.  All the while, Jeremy tries to maintain an optimistic attitude—and we see just how important his Christian faith is in keeping his spirit buoyed—but we also see the toll that benched, being cut, and being ignored takes on a young man.
The absolute low point in the film is the scene that features the now-famous couch in the apartment of his former Knicks teammate Landry Fields.  It’s not even long enough to fit Jeremy’s 6’3’’ frame; we see him squirm to try to find a decent position, his neck craned over the side cushion, his back awkwardly angled, his Nike sneakers dangling off the edge.  “How am I supposed to get a good night’s sleep?” wonders Jeremy.  We wonder too.  At this point, we see how high the odds are; and we see just how low Jeremy has sunk, faced with the sobering reality that his next game, against the Nets, might be his last in an NBA uniform.  This is why, even for dedicated Lin fans who have replayed YouTube clips of his soaring dunk against the Washington Wizards, or his purple tongue-wagging against the Utah Jazz, or his last-second, game-winning shot against the Toronto Raptors, they will cheer that much harder.
The number “8” means good luck and fortune in Chinese.  Perhaps the fact that Linsanity is listed at eighty-eight minutes long isn’t a coincidence, since there were two Linsanities. 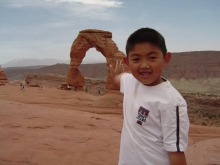 "I had a great life but I must leave." These were the last words written by David Q. Phan, a 14-year-old Vietnamese American junior high school student from Taylorsville, Utah, before he committed suicide. A grieving family -- and multiple communities around the country -- seek answers and justice.

On Diasporic Tableaux, Lonely Unicorns, and the Irrepressible Desire for Truth and Recognition 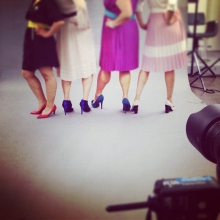 Two models for Retrofit Republic and Thick Dumpling Skin's Real Bodies Manifesto Fall 2012 Lookbook, Manish Vaidya and Laury Thammavong, write about their experiences before, during, and after the photoshoot. 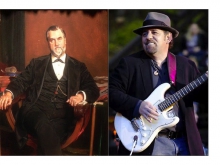 In the wake of New York Knicks owner James Dolan's decision to not match the Houston Rockets' contract for Jeremy Lin, I decided to create a fake Wiki page for James Dolan's fictitious great-great-grandfather, James Leland Dolan.  I did so in order to imagine a historical narrative that parallels the events of Linsanity and Dolan's insanity with the exploitation of Chinese railroad labor in the late 19th century.  If you'd like to see the original "fake" Wiki, click here.  Enjoy.

In anticipation of our 10th Anniversary/25 Issues celebration, Hyphen interviews Eric Hsu -- frontman of featured band Johnny Hi-Fi -- about cultivating the Asian American rock community, the relationship between music and cooking, and the secret to a glowing complexion. 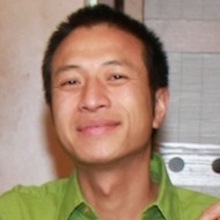 How you can support this quirky documentary about parental love and the refugee experience in small-town America?

The director and cast of Saving Face reunited at SFIAAFF 30 to reflect on the film's significance in their lives and careers. 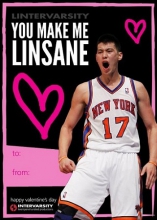 Today is the day when we express our love and appreciation to those close to us.  In his first monthly column, Terry K. Park, Mr. Hyphen 2011, expresses his gratitude to someone he's never met--New York Knicks sensation Jeremy Lin.