Sigh.  I really wish I
didn’t have to write this, but with everything that has been going on lately, I
didn’t feel right letting this one go.

Damn, damn, damn. Where
to even begin?

Z. is alluding, of course, to the controversial report
released by the UN joint program Partners for Prevention. The results indicated that half of the
10,000 men surveyed across nine areas in six countries in the Asia Pacific
revealed that they had used physical and/or sexual violence against a female
partner, while 10%-62% of men, depending on locale, admitted to “perpetrating
some form of rape against a woman or girl in their lifetime.” (Other key
findings: most of these rapes were against intimate partners, not strangers,
and the overwhelmingly common justification for rape was the claim of “sexual
entitlement” over women.)

Obviously,
this survey yields pretty horrifying details that, as the study itself
concludes, beg for urgent measures to counter the epidemic of male violence
against women and to empower women and girls in both the public and private
spheres, especially in societies where equality between the sexes is
inadequately underwritten by cultural or legal practices.

But
without minimizing the fact that this UN report deserves our outrage and calls
to action, it must be said that many Americans’ responses to the study have been
bizarre, to say the least: rape-culture
denialists, for instance, have dismissed the findings, while in other
cases, like Z., reactions have been self-righteous and even
self-congratulatory, as a quick look at the comments to pretty much any article about this report will reveal. Over on Quora, a lively debate popped up on the question of why “the west [sic]
is hell-bent on studying rapes in the east [sic].” (One user insightfully responded, “Is rape reporting in Western media biased?
Yes. Absolutely.”)

Anyway, back to Z. When
my husband read Z.’s Facebook post, he immediately posted a response (see C.’s
reply below). As you can see, Z.’s flurry of counterattacks became increasingly
unhinged, bolstered by his (female!) yoga instructor friend D.’s unhelpful
generalizations of Asian men as “disgusting” devaluers of women, and Asian
women as “meek and quiet yet manipulative in their own way”: As I read through this again, I’m stunned by how rapidly the
conversation moves from condemning Asian men, to condemning Asian women, to
condemning all women, period --
leaving American men blameless and victimized by so-called “pussy power
plays” and “reverse rape,” which according to Z. is “every bit as wrong as a
man physically raping a woman.” Wow. I
don’t know, Z. Like my husband, I too
seem to be missing your larger point “as it relates to humanity, behavior,
culture and perspective.”

The conversation continued.
My husband started receiving irate messages from Z., including:

amigo…did you marry an Angry Womyn?
You sound increasingly de-balled on here!...

And I wasn’t the only
Angry Womyn, it turns out. His cousin, the only other person besides C. to call
out Z.'s misogyny, got this rant in return: “You really need to simmer
down. And apologize...I sure hope you don’t end up talking to your
husband like this. Nasty nasty stuff, cuz-o-roo…”:

Unsurprisingly, the next day Z. deleted the entire original
post and conversation and decided to play the victim card instead, consoling himself with some
Eastern philosophy:

Well. May the wisdom
of the East make you feel better about yourself, Z.

Of course, my post here isn’t about outing a single
misogynist with creepy racist undertones -- first of all, because there’s zero
chance that Z. will read this, and even if he did, we can probably predict that
it would only add more fire to his raging sense of victimhood. As my husband said, Z. is just one sad,
insignificant human being in the world. But as much as I want to believe that
and then simply forget everything that Z. posted, his toxic words are sadly consistent
with the disturbingly universal trend of men -- more often than not, men in
power -- blaming women for sexual assault.

I’m talking, for instance, about two Chicago-area
firefighters who were caught allegedly trying to rape a woman, with one of the
firefighters claiming
to the cops that the victim “had been making eyes at me.”

Or the conservative writer John Derbyshire who argued
that women in the military are “eccentric” self-victimizers who are “especially
susceptible to the associated pathologies…[of] victim hoaxes for attention,
spite, or cash reward” -- i.e., they lie about getting raped to get paid.

Or the ex-mayor of San Diego who, stepping down after over
twenty women came forth to accuse him of sexual harassment, blamed everyone else
but himself, including the “lynch
mob” conspiracy fueled by the lies of his
accusers, his old evil nemeses Awkwardness
and Hubris, and the city
of San Diego for not providing him with adequate sexual harassment
training.

Or the ex-living monster of a man Ariel Castro himself, who repeatedly
blamed his three victims during his sentencing, denying that he’d ever
raped or beat them and characterizing himself
as a hapless victim of the girls’ lies and sexual appetites.

While all this victim-blaming is going on, the real victims
of sexual assault are getting scant support and acknowledgment from their
communities and law enforcement. In tragic
recent cases, young teenage girls who were raped by their
peers
or teachers
committed suicide while their rapists went virtually scot-free. In the case of 14-year-old Cherice Moralez,
the judge in her case sentenced her rapist ex-teacher Stacey Rambold to just 30
days in prison while describing the dead victim as “as much in control of the
situation” and “older than her chronological age.” (The judge has since apologized for his
remarks, though he couldn’t get Rambold’s sentence extended.)

And these are just some of the headlines from the last few months alone.

With
stories like these constantly flooding the media, it’s alarmingly
obvious that blaming the victims of sexual assault isn’t ever just
promulgated by losers like Z., who live lives of (not so quiet)
desperation, but by serial rapists, law enforcers, public intellectuals,
and civic leaders alike. Tragically, such thinking also permeates our
younger generations, who are growing up in a culture where online
slut-shaming is the norm, and where young perpetrators -- boys and girls
alike -- admit that they “often feel the need to shame other girls for their improper behavior.”

So it’s contemptible and oh-so-hypocritical when some Americans
misuse news like the UN report in order to blame “Other” men -- lately,
Asian men -- to feel better about themselves while willfully refusing to
take a long, hard look at our own backyard  (see for instance, if you
can stomach it, the comments to this excellent PolicyMic article about Ariel Castro and rape culture). I’m sick and tired of it. Because, oh by the way, Z., 1 in 5 women in America have stated that they have been sexually assaulted. And, of course, that’s only the number of women who’ve reported it, and in an outdated study, besides.

So as much as I know how many good, good men there are, as long as
there are those like Z. believing that American women “have it good”
compared to women in the rest of the world if they’re not getting raped,
and that men are innocent victims of whatever the hell “pussy power”
is, and that whatever the hell “reverse rape” is is somehow equivalent to men raping women, all of us -- all of us -- have a serious problem on our hands. Let's acknowledge it, and empower ourselves to keep fighting rape
culture and victim-blaming in our own communities right here at home. 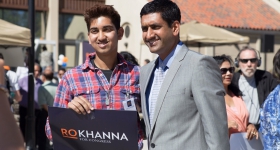 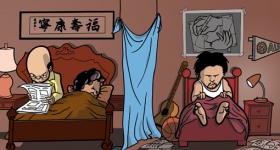 Alison wrote on Fri, 09/20/2013 - 11:29am
That's all. I can't even deal. Thank you for writing this GREAT piece. Though I experience this kind of vile hatred, misogyny and racism from non-Asian men and women every f*cking day of my life it never ceases to get a rise out of me.