Kollaboration New York,
celebrating its eighth year in the city, went down at NYU on Saturday.
Here're some notes from the night as captured by a weary blogger who
suddenly felt very, very old.

The show, sponsors, and decidedly youthful audience of Kollaboration New York hinted at the
emergence of a new form of cultural entertainment -- one fed and
consumed by digital media, where celebrity can be measured in YouTube
subscribers as well as fans at a gig. The MCs, stylist David Yi and actress Ellie Lee, make jokes in their opening preamble about Twitter as if to underscore the importance of social media to this generation. There's a difference between "favoriting" a tweet and retweeting, apparently. I vow to look up this difference later. I also vow to use more #hashtags in my life.

The show this year had three webisodes (you can see them at the Kollaboration New York YouTube channel) meant to help the audience get more familiar with this year's performers.

Says Joyce Chen, PR Director for Kollaboration New York: "We wanted to… build a following for our finalists before the show even began."

All of the performers also have their own respective YouTube channels. #MoreViewsThanMe

All the vocalists seem to have brought their own cheering sections. Singer Adinah was a crowd favorite but Austin Luu set the night's high bar for romance by singing to a special girl in the audience before running off stage to give said girl flowers. #Aww #MakingMeLookBadHereBro The freestyle portion -- basically a dancing and singing open mic -- is always a show highlight. This year there was an impromptu twerking category, judged by rapper Dumbfoundead. All the twerkers (is that the correct noun?) were male. #GoFigure #TwerkingIsAThingIDontUnderstand

Sponsors included McDonald's and, bizarrely, Nielsen. Social Media is so important to Asian Americans that social media literally is a sponsor. #Surreal #TheFutureIsWeird

Speaking of McDonald's, did you know they have their own break dancing crew? They do. #ImLovingIt

I must confess that I originally thought Kollaboration to be somewhat derivative (how many singer/songerwriters do we need, after all?). But now I see that, with its frenetic mixture of youth culture and Asian American experience, and its remixing and retelling of pop culture, Kollabration could be the future of American entertainment.

Oh, and there was an after-party, the likes of which went unrecorded by this blogger, but no doubt included a gathering that went into the wee hours.

[Full Disclosure: Joyce Chen is a blog contributor to Hyphen] 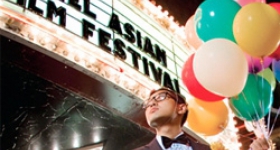 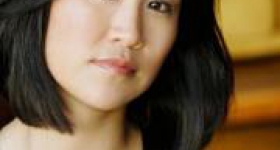 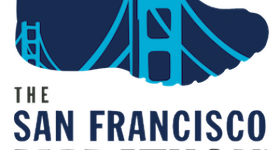