Kollaboration New York, celebrating its eighth year in the city, went down at NYU on Saturday. Here're some notes from the night as captured by a weary blogger who suddenly felt very, very old. 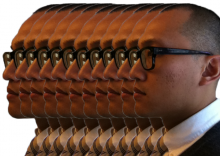 Artist collective The Propeller Group explores, among other things, how to rebrand communism. 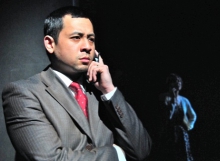 J-Gators, a collaboration of students at the University of Florida, is raising funds for earthquake and tsunami victims in Japan with 100 percent of profits from t-shirt sales going to the Hope for Japan Relief Fund. Their goal is to raise at least $5000 within a flexible deadline (the next 2-3 weeks).

An Interview with Artist Eve Skylar

Wondrous science fiction cityscapes? Alien creatures? Magical realms? These are just part of a day's work for concept artist Eve Skylar. Eve will be doing a live art demonstration at the Issue #22 Release Party, going down Friday, March 18 at 6 pm. She spoke to me over the phone about her work.

Behind the Scenes of Far East Movement's Hyphen Cover Shoot

UPDATED: Videos are up and check the sweet freestyle the guys kicked while shooting.

Maybe you don't know, but Far East Movement is kind of a big deal. Here's a quick peek behind yesterday's shoot in the Chelsea neighborhood of NYC. The guys are the nicest bunch in the world, and we're excited to have them. Scroll down for special messages from Kevnish and Prohgress. 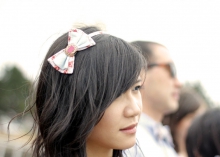 Intwined is a fresh accessories company that "seeks to combine two elements that fundamentally clash, but when paired together, are a match made in heaven." Designer Jenn Liu chatted with us over the phone about her inspirations, her company, and the future of nerd chic.

An Interview with Main Stacks

Main Stacks is UC Berkeley's first competitive hip-hop team. Main Stacks will be hosting Prelude Norcal on November 14th at Chabot College in Hayward. Hyphen got a chance to chat with Co-Executive Directors Denise Chan & Ramsey Magana about the team and the life of a dancing college student.

Tell me about Main Stacks.

An Interview with Casanova Fresh of Illest Villains

Illest Villains is a b-boy crew based in the San Francisco Bay Area. They will be performing at Hyphen's #21 release party this Friday, September 17th, at the Mighty in San Francisco. Hyphen talked to one of the members, Ryan Michael Louie AKA Casanova Fresh, about the crew, his experiences as a dancer, and making stuff up as he goes. 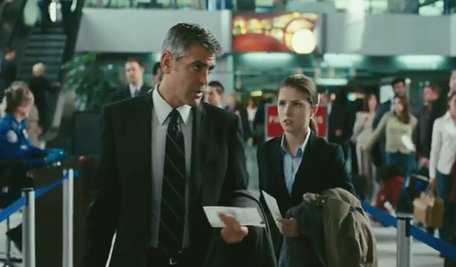 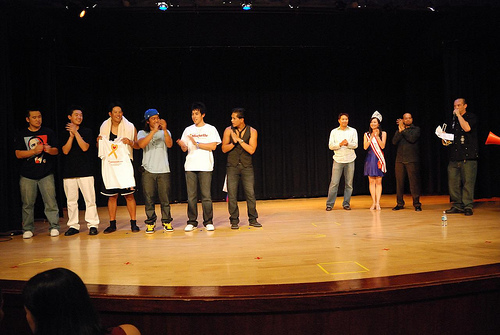 Bryan Wong over at big WOWO recently commented on our Mr. Hyphen contest. Read it first.

I feel ya, players. I really do. This is the Great Question amongst Asian American men. A question so profound that sometimes you feel like only another Asian male feels it. We feel it when we're outside the club. We feel it at work. We feel it at the gym. It's that feeling that we're always trying to measure up to someone's standard, and nothing an Asian man does can ever do that, that instead we're constantly being emasculated in one way or the other.

Western culture, especially in America, places a lot on looks, and on wealth, and on being "manly." That is to say, we are constantly being told what being masculine is, in ads, movies (damn you, 300), even our friends. A real man supposedly has a lot of money, has a lot of cars, beds a lot of women, is handsome but doesn't try to be, likes to pick on people different than himself, and is emotionally distant.

An Interview with Designers 5733 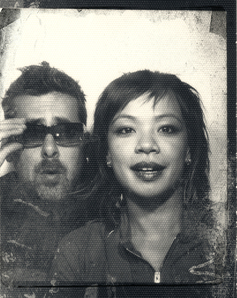 Oakland, California-based fiftyseven-thirtythree designers Loretta Nguyen and James Dawson design and produce screen-printed, stenciled T-shirts and appliqued hoodies. Their designs will be featured at this year's Mr. Hyphen. We sat them down to talk about Oakland, the Byzantine Empire, and what inspires them.

Presenting the 2009 Mr. Hyphen finalists! Our six outstanding contestants will compete in talent, fashion, and Q&A, with the winner taking home a $1,000 donation for his nonprofit. Plus, we one-up the swimsuit portion with sleepwear. Mr. Hyphen is always a raucous good time, and you, yes you, get to help pick the winner! It's everything a pageant should be. Too bad the ladies don't have anything this good.

Tickets are available online now. To buy, or for more information, visit the Mr. Hyphen page.

Mic Nguyen - October 20, 2009
John Cho has been back on the tube with Flash Forward, a sci-fi-drama-y series based on a novel of the same name. The plot involves time travel and atomic particles, but the really fantastic part comes from the pairing of John Cho and Gabrielle Union.

I believe each person was put on this earth for a particular purpose. I was born to eat pho. 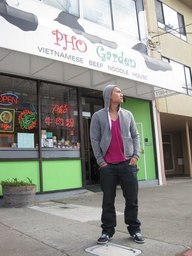 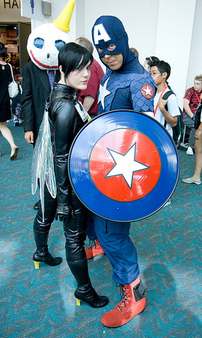 I've been to Comic-Con a few times, although I like to think that I was part of the old school, attending Comic-Con back before Hollywood sullied comic's purity with Ben Affleck and Nicolas Cage.

Brock Lesner and GSP may have had the headlines this past weekend, but the real MMA action was on Wall Street. Maybe some of you guys have seen this going around on the interwebs. It's a confrontation between a Korean American dude and some drunk fool.

With the economy pretty much in meltdown mode, more and more of us Millennials are having to return to the nest to wait out the economic storm -- pruning our feathers, saving our twigs, and perhaps taking advantage of our mother hens' generosity. 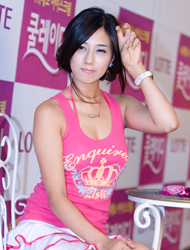 A picture is worth a thousand words, but images wherein the subject expresses complex human emotions via maxillofacial/upper extremity juxtaposition is worth at least 2,500 words.

In an excellent case of one step forward, 75 steps back, Vietnamese coffee houses staffed by scantily clad women are entering the mainstream awareness. 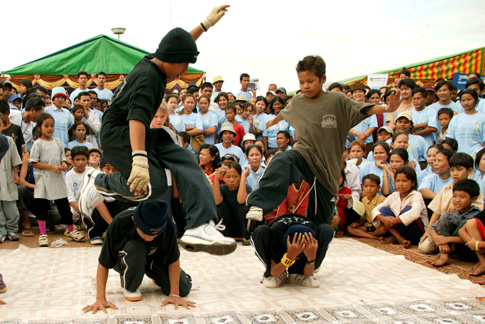 It's been pissing me off lately that people are applying tired-ass stereotypes to explain why Asian Americans are winning dance competitions -- the same stereotypes they (used to) use to explain why Asian Americans can't dance. Now they say that the reason why we win is because of our discipline and attention to detail, instead of admitting that we may actually be, you know, good dancers.

Oh hey, Mic, what did you do this past weekend?

Oh nothing much, you know, ran to the grocery store, read a little, GOT DESTROYED BY JIN THE MC. You know, nothing to write a blog about. 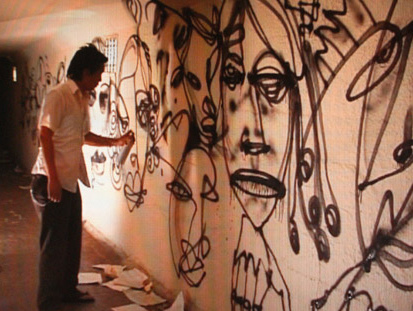 What might you have in common with a schizophrenic, kleptomaniacal Korean American sex addict? Probably nothing. David Choe, the subject of Harry Kim's documentary Dirty Hands, is part Jackass cast member, part street miscreant and part artistic genius. We follow him from his youth growing up in Los Angeles and formative years as a graffiti artist, his continuing wanderlust beginning in his teens, his brushes with the law, to his blowing up and eventual success as an artist -- all while dealing with inner demons, Jesus, and mounds of pornography. 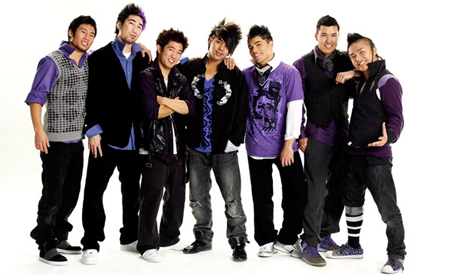 The 'Slumdog' Effect and the West Be Hatin'