A couple of years ago, I took a trip
to Xieng Khouang Province in Laos to do some English language education
training for SEALNet, the Southeast Asian Leadership Network. Khoang is the
location of the Plain of Jars, a vast field where thousands of 2500 year-old
stone jars are embedded into the landscape. It is one of the most important
Iron Age archaeological sites in Southeast Asia. Ancient stone Buddhas and
abandoned temples litter the countryside, waiting to be excavated. It is also
one of the parts of the world plagued by UXOs or unexploded ordinances, bombs
left over from the Secret War, the Laotian civil conflict fought between the
Communist leader Pathet Lao and the Royal Lao government (supported
clandestinely by the United States government) from 1953-1975. It is estimated
that two million tons of bombs were dropped in Laos, 30% of which failed to
explode immediately according to UXO Lao.

UXOs are just one of the ways that
Laos was scarred by the Secret War. The SEALNet project I was working on
focused on helping a local Hmong school to develop their English language
curriculum. Many of the students that we worked with were the children of
farmers who had lived with UXOs their entire lives. Exposure to UXOs and
chemical weapons had disfigured many of them, leaving them with missing noses, lost
hands, scarred faces. Even today, nearly four decades after the last bomb was
dropped in 1976, the people of Xieng Khouang are still recovering from the
effects of a war that few people knew was being waged. Many of the students I
worked with were learning English with the hopes of one day emigrating to the
United States, to far flung places like California and Minnesota, where many of
their relatives live. A young woman walks through the fields with her son in Laos.

Ancient history and contemporary
tragedies are common themes of the Hmong experience. Joel Pickford’s Soul Calling: A Photographic Journey Through
the Hmong Diaspora, explores some of these themes through stories and photographs
of the Hmong community both in the United States and in Laos. It is an ambitious
project. Pickford begins in California, tracing portraits of new arrivals of
Hmong-Americans in the fields of Fresno and then moves to a village in Xieng
Khouang Province. The photographs are austere, stark and startling in their
quality. Consider the photograph of the Xiong family, the first plate in the
Fresno series. It is a picture of a family on beaten brown couch: a mother, two
boys and a little girl, are all clustered together. None of them meet the
camera’s gaze. You can see that the two boys are blind, one boy’s face is covered
in a mass of scar tissue, caused by years of exposure to chemical weapons. His
face is still bleeding.

Pickford’s written commentary further
illuminates what he sees in these haunting photographs. Of Jong Xiong’s eyes,
Pickford writes of how the “flame blue cataracts set against his mahogany skin
give his eyes an eerie, far-off light, as though he sees things the rest of us
cannot.” There is a luminous quality to these portraits of the after-effects of
war; it is a vision of the future and legacy of the Secret War among the Hmong American
community. Even as this family tries to start a new life in the United States,
their bodies are scarred by the tragedy they left behind. A Lao woman  in front of a painted backdrop which represents the 1975 evacuation of Long Cheng.

The second section takes place in a Lao
village In Xieng Khouang Province. Looking at the pictures of the families in
Fresno trying to eke out a living in the soil and then at pictures of families
who are still trying to farm in Laos, it is hard to tell whether life has
significantly improved in for families that have immigrated to the U.S. It is
also important to see how traditions are maintained and preserved in both
Fresno and Laos. I found myself flipping back between the two sections, trying
to compare and contrast what I was seeing in Pickford’s vision of Fresno and
what I was seeing in Laos. Plate 25 shows a woman putting on the multi-colored
Hmong traditional garb in her home in Fresno. The image of this woman trying to
preserve her culture in her new home looks remarkably similar to a picture of
the women in Plate 148, who are participating in a ceremonial ball-throwing
game in Laos. Despite their geographical separation, the two women’s routines
look the same, almost as if the geographical distance has had a minimal impact
on their day-to-day life.

Pickford’s pictures tell a compelling story
of a people in exile, but I found that the most moving piece was the
transcription of Yer Lor Lee, a traditional Hmong shaman from Xieng Khouang
Province who immigrated to St. Paul, Minnesota. She recounts seeing her mother,
who was also a shaman, frustrated and sleepless during the war when she went
from hut to hut to try and cure her villagers of their wounds and illnesses.
Later in life, after Yer Lor Lee had settled in a nearby
village with her new husband, her home was destroyed by a group of Pathet Lao’s
soldiers. She fled with her family into the jungle. “The war changed everything
about our lives,” she said. “We could not farm anymore and had to rely on
American planes and helicopters to drop rice and other supplies.” Conditions steadily
worsened: “You never really know how good rice tastes until you have so little.” A Lao woman puts on traditional Hmong garb in her home in Fresno, California.

Yer Lor Lee tried to survive in the jungle
with her family for nearly a year, before finally seeing refuge at the Ban
Vinai refugee camp in Thailand. When her daughter died of malnutrition and
illness in a refugee hospital, she decided that she needed to forge a new life
and reconnected with some relatives that had moved to St. Paul. They helped her
and her family apply for a visa. “To this day, I still have nightmares about
the war and hiding in the jungle. When my kids ask me to go camping with them,
I can’t bring myself to go because it makes me think of that time…We did not
come to this country because it is a rich country. We did not even want to
come; we had no choice but to come here or spend the rest of our lives in the
refugee camp.”

Soul Calling is a monumental
project and in some ways, the narrative presented by the pictures seems to be
unevenly posed against the written commentary and interviews. At times, it felt
like they were two separate works; a collection of pictures that showed the
lives of a family, and the author’s fragmented recollection of his own
experiences with the Hmong community. That said, the stories are important and
compelling, especially for those who are interested in learning more about the
legacy of the Secret War in the Asian-American community.

Born
in Baguio City, G. Justin Hulog grew up in California before leaving
home to study Comparative Literature at Columbia University. He writes a
bog called The Palay that contains reflections on ruined gods, forgotten spaces and Filipino cuisine. 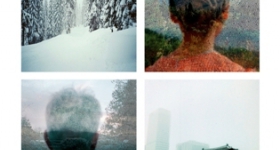