Last summer, Hyphen posted seven pieces from Matthew Salesses's (then) forthcoming book, I'm Not Saying, I'm Just Saying.  We're pleased to announce that Matt's book is not only on sale now (on Amazon), but that we're giving away copies of the book to three lucky Hyphen readers!

To be elgible:
Respond in the comments (on the blog or on Facebook!)
with the worst pick-up line you've ever used or received. We'll pick our favorites.

Deadline:
We'll run this giveaway opportunity for a week (until 11:59 pm EST February 27th), and announce our winners shortly thereafter.  Please follow-up, as we will move on to our alternates if we can't get in contact with you!

What is the book about?
A man who learns he has a 5-year-old son is caught between the life he knows and a life he may not yet be ready for. I’m Not Saying, I’m Just Saying is
a raw, honest look at parenting, commitment, morality, and the spaces
that grow between and within us when we don’t know what to say.

Who is Matthew Salesses?
Matthew Salesses was adopted from Korea at age two, and has written about Asian American issues for venues like Hyphen, The Good Men Project, The Rumpus, The Margins (AAWW), Korean American Story, and others. His fiction has most recently appeared in West Branch, Puerto del Sol, Salt Hill, The Collagist, and Guernica. You can find out more about his new book, I'm Not Saying, I'm Just Saying, here, add it on Goodreads, or follow him on Twitter @salesses. 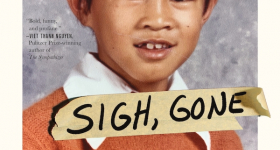 A Misfit's Encounter with Books and Punk Rock: A Review of Sigh, Gone 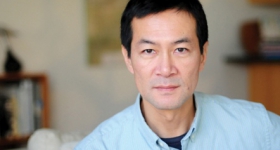 Hi J. Luera, Jenn and Kay -- You've been selected for the giveaway! Can you please email me your full name and addresses at: karissa (dot) chen (at) hyphenmagazine (dot) com? We will then send your book to you! Congratulations and thanks for participating!