The
art of writing is as much about the intricate shifting, removing and replacing
of ideas as surgery is about making the slightest of maneuvers to save lives.

The
main difference being, of course, that the outcome of surgery is a bit more
weighty.

Dr.
Sanjay Gupta, CNN’s renowned chief medical correspondent, tackles the world of
fiction with his latest book, Monday
Mornings, but despite his high-profile, high-intensity day jobs (he is a
practicing neurosurgeon at Atlanta’s Grady Memorial Hospital), it’s clear he
treats the novel’s narration with as much reverence as any physical body laid
out before him on the operating table.

The
novel, about fictional hospital Chelsea General, revolves around the lives of
five doctors -- all with different backstories and personalities, and all at
varying stages of their lives and careers.

There
are interoffice romances, shocking diagnoses, familial strife and, of course,
office politics, all cleverly held together by the hospital’s Morbidity and
Mortality meetings (otherwise referred to as M&M), where various doctors
step forward to own up to their professional shortcomings.

If
the premise sounds familiar, that’s because it is. Television shows like “ER”
and “Grey’s Anatomy” have made would-be medical procedurals more about longing
looks and meaningful silences than about the actual surgeries or ailments
themselves. Gupta’s own invented hospital is no different.

Not
to say that Gupta’s vast knowledge from the operating room is absent from his
writing, because even skimming the book’s quick 290 pages reveals a plethora of
medical terminology.

The
only problem is that Gupta’s vast knowledge from the surgery room more readily
translates into successful nonfiction books, like his earlier works, Chasing Life and Cheating Death (about longevity and medical miracles,
respectively). But
in trying to adapt the fast-paced, high-stakes realm of the medical world into
a fiction endeavor, Gupta has had to squeeze a number of rather big-ticket
events into a small period of time, which can make the narrative come off as a
bit forced occasionally -- even if the daily chaos is only a slight
exaggeration.

What
is the likelihood, for example, of a resident having her license revoked, a
racist patient threatening staff members and the chairman of surgery operating
on one of his own doctors, all in the span of a few weeks? Probably more common
than the average reader would suppose, but still jarring enough to seem
melodramatic at times.

The
danger of writing any story that follows several narratives at once is that the
author risks his work coming off as a bit too contrived, storylines stilted in
their natural progressions. So in the end, it’s hard to fault Gupta for the few
moments when his writing does come off this way, trying too hard to intertwine
the five doctors’ lives and tie each chapter off with a cliffhanger as though
the narrative were going to commercial break.

The
characters themselves, however, are believable if not a bit formulaic. Dr. Ty
Wilson, the golden boy of the hospital, is described as a meditating,
mysterious bachelor of a man, skillful with a scalpel but nursing a personal
life riddled with intimacy issues.His female counterpart, Dr. Tina Ridgway, is
“gorgeous in a way that went beyond her flawless skin, high cheekbones, and the
kind of lips lots of women were paying lots of money to replicate.” The two,
naturally, are having a love affair. No spoilers there.

But
it’s Dr. Sung Park, the sullen Korean doctor with a type A personality and
unpleasant disposition, who turns out to be one of the most fascinating -- not
just because of the way he barks at residents and demands complete silence in
his own home -- but because he undergoes a change in the book that could be
read as willful stripping of his culture, even if Gupta didn’t intend it to be
so.

Park,
who enjoys scoffing at his fellow surgeons and acting cold toward his doting
wife, has to undergo a delicate brain surgery that, much like Phineas Gage,
leaves him with a decidedly different personality -- though his new demeanor is
warmer and more emotional:

Gahm-sah-hahm-ni-da,’
Park
croaked in Korean. Thank you. His throat was dry and his voice barely audible,
but the words came out clearly. Park wasn’t sure why he thanked his wife and
daughters; nor was he sure why he was speaking Korean. He spoke English at
home, unless he and his wife were alone or he wanted to speak privately to her
in front of the kids. It just came out: Thank you. The words weren’t exactly
what he intended, but pretty close. He meant to say thankful.

It’s
a subtle commentary on Park’s cultural roots, and what can happen when just a
few nerves are tweaked. In the end, it isn’t Park himself who needs to change,
but just that aspect of his personality -- the stereotypically Type-A Asian
part -- that needs a bit of adjustment.

And
so it is with Gupta’s storyline. At its root, the highly involved narrative is
exciting, a cursory peek behind the curtains of a fluorescent-lit institution. But
perhaps a few swift nicks here, a careful splice there, and Monday Mornings could emerge as a more
complete, pleasant entity.

Joyce
Chen is a second-generation Taiwanese American journalist and current
multimedia editor at the New York Daily News, where she covers viral videos,
recaps "The Bachelorette" and wades her way through all things
entertainment and gossip -- with tongue firmly in cheek, of course. She
originally hails from Cerritos, CA, and graduated with degrees in print
journalism and psychology from the University of Southern California, where she
was previously the editor-in-chief of the Daily Trojan. Her writings have been
published in People magazine, Los Angeles magazine and the Los Angeles Daily
News. 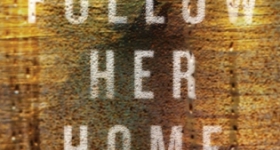