More than two years after Amy Chua first made headlines by
proclaiming her method of "Tiger Mom" parenting the superior -- and
only -- way to raise successful children (i.e., prodigies or overachievers of
the musical and academic variety), Kim Wong Keltner is determinedly disputing
Chua’s claims with her first work of nonfiction, Tiger Babies Strike Back.

Keltner's main gripe with the iron-fisted, affection-adverse army
of mothers Chua espouses is that while Tiger Mom methods may yield impressive
results on paper, the consequent emotional well-being of their children is
shaky at best, psychologically stunted at worst.

And judging by Keltner's own experiences with her mother growing
up (a woman whom she nicknamed "The Reamer"), the emotional hurt can
run deep years after the initial damage is done.

One particularly wounding incident that Keltner recalls takes
place when her mother called her “disgusting” for jokingly making a face and
pursing her lips like the “wooden, Chinese bobble-headed dolls in a souvenir
shop in Chinatown.”

“I went to bed feeling like I’d done something wrong,” she writes.
“As an adult now, thinking back, I wonder if my mom thought I was mocking her,
or just being sassy, which wouldn’t be tolerated. Maybe she was worried about
bills, or that I was displaying some kind of early, repugnant sexuality.
Whatever the reason, the thing I remember clearly was the operative word, disgusting.”

Keltner goes on to explain that as a result of her mother’s harshness,
she’s since tried her best to avoid making her own daughter feel inferior or
“disgusting” -- a good takeaway from an otherwise hurtful experience.

But in spite of her deep-seated hurt, the bulk of Tiger Babies Strike Back is not a call
to arms against the Tiger Mom system of parenting, as the aggressive title
suggests. Rather, her collection of short anecdotes about her relationships
with her family members repeatedly advocates the need for Tiger Babies to
embrace their emotional vulnerability in order to counteract the damage done by
their stoic, demanding ancestors.

"We need to be soft and malleable inside because we have to
be contortionists to work around our parents' fixed, hardened state,"
Keltner (who calls herself an emotional “marshmallow”) writes. "We might
make them uncomfortable with our uncertainty, our tears, and our occasional
moping. Maybe they believe that showing even a tiny bit of sympathy, or even
acknowledging hardship or a tender heart will cause a psychological upheaval so
cataclysmic that all hell will break loose. Don't open Pandora's box,
right?" Quite notable about Keltner's prose, however, is that it's so
earnest and full of heart that it can at times come off as too idealistic, and,
well, unrealistic. When Keltner mentions that she refuses to lose her temper
whenever her young daughter Lucy throws tantrums and destroys the living room
with smashed cereal and ripped toilet paper, one has to wonder if being a soft,
indulgent parent -- the opposite end of Tiger Mom-rearing -- is truly the only
solution.

Other things that make her a "coddling, permissive
parent" include making two separate dinners when Lucy doesn't want what's
already in the works, as well as catering and waitressing elaborate tea parties.

This is not to say that Keltner’s own reactive method of parenting
is wrong by any means (the art of juggling kids, work, and household chores
while maintaining some semblance of sanity varies for every parent). Rather,
the argument here is that her hyper-sensitive approach to discipline is so
extreme that she probably won’t be swaying any Tiger Moms to view her
perspective anytime soon.

Keltner’s sincere, emotional pleas in her stories mostly reassure
so-called Tiger Babies, the now-grown children of strict, detached parents,
that it’s okay to step away from the role of disciplinarian every once in
awhile. Or, really, most of the time.

Keltner bolsters her argument for her non-aggressive approach by
rejecting the Tiger Mom-parents’ hell-bent determination to raise
perfect-on-paper children.

"I'm not striving for competitive perfection for Lucy.
Instead, I'm seeking excellence in a different way," she explains.
"In ways nobody might be able to see, measure, or quantify. I'm teaching
Lucy the subtleties of listening to her own body, and her own heart. We are
helping her to talk about her emotions. We want her to be a happy kid. We want
her to be a good friend, to play fair, and to be a compassionate and kind
person. We do not refuse hugs."

If Tiger Babies
intends to teach parents to raise more emotionally self-aware children, then the
book is certainly commendable and helpful. The anecdotes serve as a launching
point for discussion about how Tiger Babies can break the cycle of demanding,
detached parenting and create their own loving, nurturing families.

In turn, however, Keltner admits that grandkids can be a Tiger
parent’s sweetest revenge. Where grandparents previously ruled the household
with an iron fist, they can now spoil their grandchildren while throwing a smug
“I told you so” glance at their flustered Tiger Babies. Keltner’s own mother,
“The Reamer,” takes particular joy in spoiling Lucy when Keltner was at her
wit’s end trying to (gently) discipline her.

But what I hope that Keltner also realizes is that in writing her
book, she has indirectly proven that the revenge of a Tiger Baby can be even
sweeter: A liberal arts education and a book deal.

Joyce Chen is a
second-generation Taiwanese American journalist and current web editor at Us
Weekly, where she pores over celebrity court cases, recaps “The Bachelorette,”
and wades her way through all things entertainment and gossip -- with tongue
firmly in cheek, of course. She was previously a multimedia editor at the New
York Daily News, and originally hails from Cerritos, Calif., graduating with
degrees in print journalism and psychology from the University of Southern
California, where she was the editor-in-chief of the Daily Trojan. Her writings
have been published in People magazine, Los Angeles magazine and the Los
Angeles Daily News. Joyce is currently a candidate for an MFA in Creative
Writing, Nonfiction, at The New School in New York City. 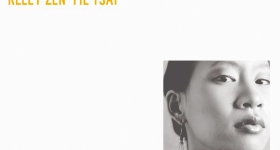