Japan’s
mystery novel tradition stretches almost as far back as America’s own long
history with the genre. There have been many famous Japanese mystery novelists,
and even Haruki Murakami, perhaps the best-known Japanese novelist in the
United States, experimented with the genre in both Hard Boiled Wonderland and the End of the World and his most recent 1Q84. The currently most successful mystery novelist in Japan,
though, is Keigo Higashino, whose excellent mystery The Devotion of Suspect X was finally translated for American
audiences in 2011. Higashino received critical accolades and a Barry Award for
best first novel (despite the fact that he has published over 25 novels and
dozens of short stories in Japan). Devotion
introduced Western readers to physics professor and occasional police-contracted
Manabu Yukawa, and his oft-flustered college friend, Detective Kusanagi. By the
end of the novel, their latest case causes a rift in their friendship, and
Kusanagi stops relying on his old friend to solve cases.

Higashino’s
second translated novel, The Salvation of
a Saint picks up where Devotion ends.
Like in Devotion, the central mystery
in Salvation revolves around a woman,
a dead husband, and Kusanagi’s inability to solve the case alone. However, in Devotion, the murderer is immediately
revealed to the reader, and the subsequent plot plays out like a chess match
between two brilliant people -- an accomplice to the murderer and Yukawa, with
Kusanagi in the background struggling to figure things out. Higashino’s latest
novel Salvation plays out far more
traditionally than Devotion, with a
whodunit plot, several possible suspects, alibis, wronged women, and
implausible explanations for the murder. The victim is found dead in his house,
with no clues to his murder, except for a spilled cup of coffee lying next to
his body. The prime suspects are the victim’s wife, though she has a seemingly airtight
alibi, and his wife’s student, with whom he was carrying on an affair. The plot
twists and turns in revealing the murderer are fun, if unoriginal, and the
resolution is, for the most part, satisfying.

Salvation intrigues most in its depictions
of its main characters. Though Yukawa is a side character in this installment
of the series, he never experiences any real trouble in solving the case. His
dialogue is sharp, witty, and insightful. Yukawa constantly asks Kusanagi if he
is capable of “reset(ting) his thinking,” (he isn’t) and, when Kusanagi
suggests a solution at a later point in the novel, Yukawa responds with a
sarcastic “Did your ‘detective’s intuition’ tell you that?” Yukawa can be cold,
clinical, and analytical, but he is also quite engaging. When Yukawa is brought
on to the case to figure out how the coffee factors into the murder, he becomes
determined to brew his own perfect cup of coffee, which becomes a great running
gag throughout the novel, as anytime someone visits his lab he foists a fresh
batch of perfectly made coffee onto them. Kusanagi,
in contrast, calls to mind the titular protagonist of Henning Mankell’s great Wallander series. He solves crimes
almost by pure luck and chance, and often falls for women who either
intentionally or accidentally prevent him from solving his case. He is not a
“hard boiled” detective; there is no smoky office, no distrust of supervisors, and
there are no lone-wolf tendencies in Kusanagi. Instead, Kusanagi is simply crippled
by Japan’s bureaucratic police force and labyrinthine laws. Kusanagi’s third-rate
deductive skills and feeble attempts to reason through the murder are often
comical in showing how Kusanagi’s emotions cripple his abilities.

That
tension between emotion and reason extends its influence beyond the male
protagonists. That the main suspects in both Devotion and Salvation are
women is likely no coincidence. In both novels, women are
shown as victims, presumably led to crime as a result of Japan’s cultural permissiveness
of adulterous and abusive husbands. However, neither woman is portrayed as
being sympathetic or relatable, and despite their victimization, the reader finds
it hard to pity them. While the suspect in Devotion
is near-hysterical, constantly stifling a nervous breakdown, the suspect in Salvation adopts a demeanor more similar
to Yukawa’s -- coolly detached and disengaged, determined to make it on her
own, but prevented from doing so because of the power that men exert. Furthermore,
Salvation betrays a chauvinistic Japan
that tolerates a working woman only temporarily, and ultimately expects her to bear
and raise children at home permanently. When a woman is infertile, or incapable
of holding up her end of this societal “bargain,” the consequences are
heartbreaking and severe. Though this story is a mystery at its core, it is
nearly impossible to come away from the novel without feeling affronted by the
gender inequalities in Japan, and the damage it inflicts on women. 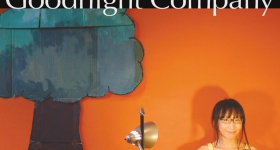