In 1999, Jhumpa Lahiri published a
short story collection entitled Interpreter
of Maladies. Though this was not the first short story collection to deal
with an Asian diaspora, its popularity and eventual Pulitzer Prize victory
indicated that there was a strong audience for diaspora stories from East,
South, and Southeast Asia. In many ways, Andrew Lam’s new collection, Birds of Paradise Lost, echoes many of
the central ideas and themes of Lahiri’s work, such as the effect of generational
divides on families, cultural assimilation in America, and the way that
cultural change affects gender relationships. However, while Lahiri’s prose is
delicate and elegant, Lam’s is more plaintive, but no less impactful. Each of
the thirteen stories has a distinct tone and flavor. Some are more hopeful,
some are brutally honest, but for anyone who has immigrant parents (or is an
immigrant, to boot), there will be more than a few of these stories that could
be drawn from real life.

Most of the stories in the
collection take place in the San Francisco Bay Area, and the first story
establishes how San Francisco itself can be viewed as a character in several of
these stories. “Love Leather” details the story of a first generation immigrant
skilled at leatherwork, who finds himself working in a sex shop crafting and
fixing leather sex toys and apparel. As the story progresses, Lam weaves in
many elements familiar to Bay Area residents: the elegant description of the
fog, detailed views of the Tenderloin and Chinatown districts, the cultural
hodgepodges that so represent the city. However, the punch line of the story (where
the protagonist finds himself protecting a young, gay Korean kid during the
Folsom Street Fair -- San Francisco’s
BDSM and Leather Pride event) is so distinctly San Franciscan that I
wonder if people from outside of the Bay will be as engaged with the ending of
the story as I was.

The titular story, “Birds of
Paradise Lost,” is perhaps the most affecting in the entire collection, and has
some of the most clearly drawn images of how the scars of the Vietnam War have
long been a part of everyday life for immigrants who arrived in the US in the
late seventies and early eighties.  In
the story, Lam’s narrator is one of those first generation immigrants, bound
and determined to uphold the ideals of what he knew as South Vietnam, but
unable to reconcile his old life and friends with the life his children have
created in the United States. The war for his children is distant and almost
irrelevant; when one of the narrator’s friends commits suicide via
self-immolation, his children barely react and instead worry about how their father’s
association with the “martyr” will affect their family reputation.  When his son writes a letter to the editor of
a local newspaper criticizing the suicide, the narrator cannot help but express
his feelings about his adopted home: “I sat and marveled at my growing
resentment of America -- how she snatches immigrant and refugee children from
their parents’ bosoms and turns them into sophisticated, razor-tongue
strangers.” The theme of a younger generation
being out of touch with the ones that preceded them is echoed in the story
“Close to the Bone,” but instead of being told from the perspective of an adult
immigrant as in “Birds of Paradise Lost,” this piece is narrated by the son of
an immigrant. who is an outcast from the rest of his family due to both the
generational divide and his sexual orientation. His father, a strictly
traditional man, feels disengaged from the world, and, to a larger extent,
America, when he decides to become a teacher late in his life. He eventually
strikes up a close friendship with one of his students named David, who is also
the child of immigrants. David is the one who first helps the narrator’s father
begin understand his disconnect from his son; David also indirectly leads the
narrator into a very public confrontation with his father, one that again
strains their relationship and leads the narrator into musing about how his
America “was compartmentalized” -- in that his parent’s world was “(d)efined by
the altar that housed the photos of the dead … and was reinforced by the
streams of relatives and old friends from the San Jose community that has
become its own little world of exiles.” The narrator then laments that it “was
to that world my parents retreated in retirement and into which none of their
American friends … were allowed to trespass.”

The other stories in the collection, all
standouts in their own way, display this contradiction between the old and new
worlds, and of how America and views about America both bind and destroy
families. Two stories, “Slingshot” and “Bright Clouds Over the Mekong,”
demonstrate the complex relationship between white, American GIs who served in
the war and the refugees they encounter in San Francisco. In “Slingshot,” the
children of a restaurant owner plot revenge against a GI they believe is
intruding on their family. This desire for revenge is echoed in “Bright Clouds
Over the Mekong,” where a woman slowly attempts to poison one of her regular
customers, a man she believes is responsible for murdering her family during
the war. In both stories, the GIs are presented as almost sympathetic figures
-- clueless, but sympathetic. Lam seems to almost suggest that the violence
that they brought to Vietnam as soldiers has transferred to the immigrants and
children featured in these two stories; the children in “Slingshot” resemble
the razor-tongued strangers so eloquently described in the title story, and the
woman in “Bright Clouds Over the Mekong” cannot contain her anger enough to see
the hypocrisy of her own actions.

“Everything Must Go,” a title that
references the great Raymond Carver story about a couple on the outs, presents
the deteriorating relationship between an affluent, second-generation couple.
Their cold arguments while browsing an estate sale is used to great effect by
Lam to show how the couple’s distance from their home cultures prevents them
from connecting with each other. And for Lam, that risk of cultural disconnect,
of being unable to remember what “home” really means, and the image of America
as both refuge and corruptor, is what drives his writing in these stories to
great and engrossing effect. 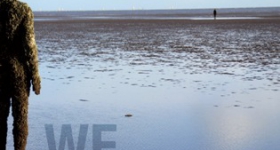