How does a Chinese American who has never set foot
in Mississippi write an entire novel featuring black characters set in the Deep
South during the early 20th century? Writer Bill Cheng wields a certain brand
of gothic magic to accomplish this unusual feat in his debut novel Southern Cross the Dog. “You have to
write toward your interests,” says Cheng in an interview with Book Page, an unexpected turn for an
author raised in Queens and currently living in Brooklyn, New York. In Southern Cross the Dog, Cheng spins an
epic novel spanning 14 years in the Southern gothic tradition. Unfolding as a
series of episodic subplots, Cheng’s novel chronicles an odyssey of longing, discovery,
and perseverance populated with intriguing characters and events.

The novel launches in Mississippi with a sudden
rainstorm as eight-year-old Robert Lee Chatham, a young African American,
struggles to escape its onslaught along with his friends. Not only does this
turbulent storm of biblical proportions destroy his home, but it strikes in the
midst of his first kiss with his childhood crush Dora, who is later captured by
a ruthless man bent on pillaging abandoned homes. The star-crossed lovers are
too soon displaced and separated by the Mississippi flood of 1927.

From the wake of this storm begins Robert’s journey
as he leaves his family and travels as an itinerant laborer across the wild landscape
of the Deep South—working initially as an errand boy at an ill-fated brothel, later
as a dynamiter in the rural swamps of Mississippi, and eventually clearing the
land to build a dam for the envisioned “Shining New South.” Along the way, he encounters
a diverse cast of characters including Eli Cutter, a smooth-talking pianist and
voodoo shaman, Miss Lucy, owner of a brothel disguised as the Beau-Miel Hotel,
as well as a pack of Cajun feral trappers, prostitutes, and free-wheeling grifters.
At one point, he even discovers another love interest that could very well
steal his heart away from Dora.

From the outset, a
steady atmospheric mood and tone underlie Cheng’s prose as depicted in his
opening scene when Robert and his longtime childhood friend G.D. brave the
elements of an impending storm:

The
rain kept on like a dust and it was the oldest boy G.D. who said it wasn’t
nothing, crossing through the woods behind Old Man Crookhand’s. The wind swooped
through, chattering the branches, and blew the grit against their faces . . . There’d
been stories about dead Injuns and their ghosts living inside the hollows. The
wind came through and the naked branches clattered. The gang looked at one
another, then up at G.D. He spit a wad down into the grove.

Nature and folklore play subtle yet pervasive roles throughout the
novel, injecting it with an aura of eeriness steeped in legend and
superstition. These elements dance in tandem on the fringes of the plot, forming
a spooky resonance in an oral-like tradition. Photo of the author by Joe Orecchio

Perhaps the most
striking of Cheng’s style lies in his finely articulated prose as illustrated
in this following passage delineating the delicate nuances of horseback riding:

You
learn where to stand and how. Ten paces from this bush, an arm’s length from
that tree. You learn how to walk—swinging your leg’s saddle wide, then easing
your weight across a width of earth. It goes up the calves, the fat of the leg,
then across. All your weight is in your belly. Then the other leg. The ball of
your foot. Back into the earth.

Engineering a syncopated rhythm and cadence, Cheng weaves his words and
sentences with meticulous care. Precision and pacing balance his prose much like
the harmony of a well-orchestrated symphony.

Although
Cheng’s writing exudes gothic flair and elegance on a micro-level, much remains
to be desired in the grander unity and scope of the book’s central plot and shaping
of its shady characters. Variant scenes, characters, and points of view shift
around periodically, forcing readers to piece together episodic scenarios,
resulting in a fragmented storyline with sporadic instances of dramatic tension
and incremental plot formations. The narrative pace fluctuates in a criss-crossing
chronology, gradually advancing through a series of events depicting the trials
of the Deep South.

Overall, Cheng succeeds
in crafting a novel interspersed with tall tales and the blues encapsulated by the
Southern gothic tradition. Characters glide in and out like phantoms, and the
plot rambles on across the wild southern landscape—a journey that culminates with
Robert Chatham making a fateful decision that will transform his relationship
with Dora and his closest friends. For a debut novel, Cheng has achieved an outstanding
feat in imagining a historical fiction narrative from the perspective of a
community of which he is not a member, capturing it in a startlingly persuasive
voice.

As an Asian American writer, he demonstrates that
significant experiences need not always be centered on or defined through one’s
ethnic and cultural identity.  According
to an interview with Book Page, Cheng
based his novel in Mississippi—the birthplace of the blues—to capture the
“frustration, the melancholy, the resignation but also this great joy [of the
blues]” for which he developed a nostalgic affinity. Both haunting and alluring
in its execution, Southern Cross the Dog
infuses fresh vitality and introduces a compelling voice to the canon of
American literature reminiscent of William Faulkner, Zora Neale Hurston, and Flannery
O’Connor.

Jerry Dear, Information Strategist at the San Francisco Public Library,
spends his time exploring the intricate world of online research and also teaches
at City College of San Francisco. In his free time, he indulges in graphic
novels, anime, and Asian American film and literature. 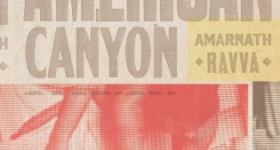 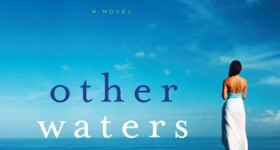