As a huge martial arts fan, it pains me that there have been few
truly stand-out martial arts films released in the 21st century. Those that have made a mark –- such as Thailand’s
Ong-Bak and Hong Kong’s S.P.L –- were notable for their
brutality and viciousness, a clear departure from the fluid, graceful movements
seen in martial arts films from earlier decades, such as the Shaw
Brothers' archives or Wong Kar Wai’s Ashes of Time.

The first film in the Raid
series, The Raid: Redemption, was released in 2011. It predictably follows the visceral pattern of recent
martial arts films. What sets The Raid
apart is its total lack of a narrative. The film, a vague story about a drug raid gone awry, mainly consists of one well-choreographed ass-kicking
scene after another. We follow star Iko
Uwais as he brutally beats up bad people while ascending a building. When I first saw the movie, it reminded me of the classic 8-bit Nintendo game Kung-Fu, with way more blood and
gore.

Director and screenwriter Gareth Evans clearly sought to
rectify the first Raid's lack of
storyline for this second entry in the series. Uwais is back again as the
protagonist, but this time the story is far more complex, and -- at an engorged
150-minute runtime -- far longer, too.

The Raid 2's bravura final sequence follows the
same structure as the first film, with Uwais ascending a building and fighting
his way past increasingly challenging odds and opposition. The final 40 minutes
are action-packed that I actually found myself holding my breath for
several seconds at a time. The final “boss fight” of the film itself is so
exhaustingly intense that, at its conclusion, I noticed several other audience members sighing and sinking into
their chairs in tired, perhaps relieved approval.

The film alternates between engaging action and
stilted, boring dialogue and exposition. After briefly presenting one of the
villains and giving Uwais the barest of reasons to seek revenge, the film
dives into the "undercover cop versus the mob" narrative that other films
such as Infernal Affairs and the more
recent Korean thriller New World portrayed better.

Uwais is a skilled and exciting martial artist, but as an
actor he lacks emotional range, leaving his costars to pick up the slack. Not all
of them succeed -- such as his foil, the son of a mob boss, played stiffly by
Arifin Putra. Some characters, including a vagrant played by Yayan Ruhian (who
played a different character in the first film), and several veteran Japanese
actors like Ryuhei Matsuda, add so little to the narrative that it seems as though Evans could have excised their entire plotlines from the film with no
discernible difference. 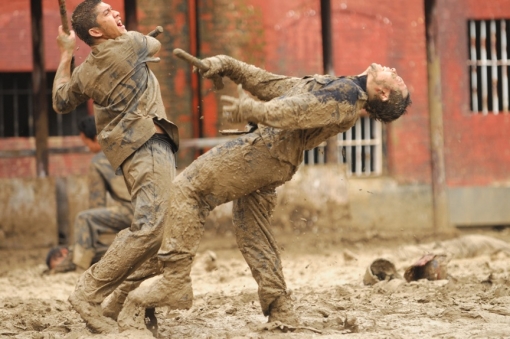 Still, there are several notable scenes that distract from the narrative weaknesses. Perhaps most impressive is the enormous battle in a prison
courtyard the size of a football field -- which, according to Evans, took almost
two weeks to film, and was completed without any digital assistance.
It is among the most brutal sequences in an already brutal film and, though it
goes on a little long, represents a more complete and successful narrative than many of the other scenes of the film.

There are also standout performances by characters known only as “Hammer Girl” (Julie Estelle) and “Baseball Bat Man” (Very Tri Yulisman). They are sibling assassins introduced late in the
film, but the sequence during which they hunt down targets is cross-edited together
and is one of the most energetic parts of the film.

The Raid 2 is, overall, an enjoyable film. However, the
middle part of the movie drags on for so long that you might find yourself too
exhausted to engage fully in the climax of the film. That would be a shame, as
the final moment includes one of the best punchlines I’ve heard in recent films. But if you are a fan of martial arts films, you’d be hard-pressed to find better action scenes than those showcased in The Raid 2. 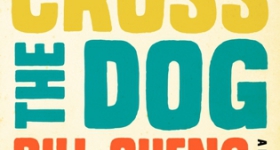