The immigrant story
is a familiar one, a sometimes defeatist tale characterized by innumerable
language and cultural barriers, start-and-stop identity crises, trying economic
circumstances, and perhaps most importantly, an overwhelming sense of
survivor’s guilt and obligation.

So while writer
Anchee Min’s experiences are not wholly unique in that regard, her new memoir, The Cooked Seed, closely examines not
just her own sliver of that shared history, but her daughter’s as well, giving
readers a greater understanding of the long-lasting effects of a life made
heavy by those hardships. The book offers her entire soup-to-nuts narrative all
in one go, sparing little detail as Min lays out her improbable life story, her
path from childhood poverty to celebrated author and concerned first-generation
American mother.

The real
takeaway from her tale of survivorship, however, is self-empowerment, not shock
and awe. After all, those who live to tell the tale – especially with as wry a
sense of humor as Min – are testament that life on the other side of the
cultural leap is not only possible, but also, at times, beautiful.

It wasn’t an
easy journey, to be sure. Min grew up with the cards stacked against her. Born
into Communist China in 1957 and raised in near-destitute conditions, she
remembers unearthing rotting apple cores from trash bins to stave off her
hunger and memorizing excerpts from Mao’s Little Red Book. Moreover, Min’s
mother struggled with tuberculosis and her father escaped reality by burying
his head in astronomy books and star charts. She and her three siblings shared
a toilet with twenty other neighbors, and as a child, she once had an infected
pimple the size of a grape protruding from her face.

Min’s real
struggles came years later as a teen, however. At age 19, she was recruited by
Madame Mao to play a “proletarian beauty” in the nation’s propaganda films,
plucked from the labor camp where she had been forced to shed her individuality.
There, she also befriended a young girl who would go on to become acclaimed
Hollywood actress Joan Chen.

Chairman Mao’s
sudden death and his steely wife’s fall from power later that year put Min in a
tough spot. She was summarily deemed “Madame Mao’s trash,” a bitter reminder of
the old regime. Life, Min explains, had basically ended for her in China. She
was a “cooked seed,” incapable of sprouting. Her only viable option for
survival and for a better life for her family would be an escape to America
under the guise of a student visa at Chicago’s Art Institute. So escape she
did.

In the next 300
pages, Min details the trials and tribulations of her adjustment to America and
its decidedly different ways of life – dealing with everything from learning English
to befriending American college students to combating loneliness with porn to
surviving rape and an abortion. She explains what she learned from her first
marriage to whimsical artist Qigu, and how she finally, cautiously, moved on
with her second marriage to writer Lloyd Lofthouse. The last third of the book
is a tribute to her only daughter, Lauryann, and the difficulties of raising
her in a capitalistic, materialistic society so far removed from her own
upbringing.

The book, which
comes nearly two decades after the release of her first best-selling memoir, Red Azalea, is humanly honest in its
portrayal of Min’s hardships, and there’s no denying that her ability to remain
headstrong in the face of trying circumstances is a central theme throughout
the book. But what makes The Cooked Seed
stand out as an account of the immigrant experience is that it extends beyond
her own life and into her daughter’s.

In one
particularly touching scene, Min comforts Lauryann after the teen reveals her
depression and her guilt for feeling dissatisfied with her life.

“’I want you to
know that I don’t desire a perfect child,’” Min told her daughter. “’Because
that wouldn’t be the real you. It’d be impossible. It’d be fake. One can go to
the trophy store and buy a wall of awards and banners. You’d fool everyone but
yourself. I love the real you, the one who keeps hitting the steel wall and
hoping that it will turn into a wall of flowers. I believe that you are perfect. Your bravery and courage to
be the real you makes you the perfect child. You have been pleasing me, and you
have my acceptance and approval.’”

It’s the kind of
speech that might strike American readers as clichéd and commonplace, but given
the context of the situation, and the obstacles that Min had to conquer in
order to reach that point of acceptance, it becomes one of the memoir’s most
heart-achingly real moments.

Because in the
end, she notes, the cultural barriers, the identity crises, and those
overwhelming feelings of guilt are not, in fact, unique to the immigrant
experience at all. They are instead an ongoing burden that each generation
carries into the next, just in different form. One of the realities of starting
a life in a new country, after all, is that the balancing act doesn’t ever
really end – but Min’s story, by way of The
Cooked Seed, is proof that even this
isn’t necessarily a bad thing.

Joyce Chen is a second-generation Taiwanese American journalist
and currently a first-year candidate for an MFA in Creative Nonfiction at The
New School in New York City. She was previously a web editor at Us Weekly,
where she pored over celebrity court cases, recapped “The Bachelorette,” and waded
her way through all things entertainment and gossip -- with tongue firmly in
cheek, of course. She was also previously a multimedia editor at the New York
Daily News, and originally hails from Cerritos, Calif., graduating with degrees
in print journalism and psychology from the University of Southern California,
where she was the editor-in-chief of the Daily Trojan. Her writings have been
published in People magazine, Los Angeles magazine and the Los Angeles Daily
News. 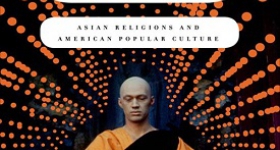