In a move to protect women’s reproductive rights, the City of San
Francisco passed a resolution condemning laws that seek to outlaw abortions
based on selecting a baby’s sex. The
measure rejects “any future attempts to pass a state sex-selective abortion ban”
and “calls upon other cities, states and the federal government to likewise
reject these discriminatory measures.”

San Francisco Supervisor David Chiu, who co-wrote the resolution along
with four other supervisors, said that these bans have a real impact for women
in doctor’s offices. “We need to ensure that here in San Francisco and around
the country, that every woman has access to a full range of healthcare,” said
Chiu.

The procedure is one in which the woman terminates her pregnancy because
the fetus is male or female. Such laws require doctors to ask a woman if she is
having her abortion because of the baby’s sex. If the woman responds affirmatively,
the doctor must deny her the abortion or risk penalties for performing it.

Earlier this year, California Assemblywoman Shannon Grove (R-Bakersfield)
introduced the Prenatal Nondiscrimination Act in California, which would
prevent doctors from conducting sex-selective abortions in the state, but the
Assembly Health Committee voted to quash the bill. Grove, who said that she
does not support abortion except when the life of the mother is at risk, is
opposed to San Francisco’s stance.

“This
resolution sends a horrifying message against anyone willing to speak out
against female genocide,” Grove said. “Californians believe that sex-selection
abortion degrades the value, worth, and dignity of little girls and they expect
their laws to reflect these beliefs.”

But the
civil rights groups behind San Francisco’s resolution believe gender-based
abortion restrictions discriminate against Asian Americans based on the presumption
that they favor boys over girls.

Gender inequality is an issue in certain cultures, Jorawar said. “A
preference for boys is a real challenge in some countries, but you cannot
promote women's equality by restricting women's rights."

In Arizona, the situation is particularly contentious. The state passed
a sex and race-selective abortion ban that targets both Asian and African-American
populations. The American Civil Liberties Union filed suit on behalf of NAPWAF
and the NAACP to repeal the ban.

The ACLU’s lawsuit states that the Arizona ban was justified by sponsors
because “the high rate of abortion in the Black community proves that Black
women are terminating their pregnancies in order to ‘de-select’ members of
their own race and… the future immigration of [Asian/Pacific Islander] women to
Arizona will make sex-selection abortion an issue within the state.” Proponents
of the ban support a theory of black genocide.

Son preference is documented in Asian countries and to some extent, among
Asian immigrants in the United States. In 2011, Dr. Sunita Puri of the
University of California at San Francisco reviewed son preference and fetal sex
selection among Indian immigrants in the United States who were pursuing
sex-selective technologies in order to have a son. The study found that these
women faced a multitude of pressures, including verbal and physical abuse when
they did not have male children, pressure from female in-laws and husbands, and
a general feeling that they lacked a choice in their own reproductive
well-being.

Usha Ramachandran, executive director of Oakland-based Narika, a non-profit
that supports domestic violence survivors, said that some of her clients have
experienced abuse as a result of son preference. “We have a long and painful
history of son preference and sex selection in the Asian immigrant communities
in the United States, though it is not widespread,” Ramachandran said.

Son preference in the U.S. stems from the same reasons that it exists in
India, Ramachandran said, including “the ability of men to carry on the family
name and perform certain rituals, the idea that only the man contributes
to family income -- which is not actually true at this time as women do
contribute -- and the requirement that sons will take care of aging parents.”

However,
the issue is not limited to ethnic communities. A 2011 Gallup poll indicates
that there is a trend toward male preference among the majority of parents in
the United States. If they were allowed to have only one child, 40 percent of those
polled said they would prefer a boy while 28 percent would prefer a girl.

But the assumption that Asian Americans living here abort female fetuses
at a rate exceeding the general U.S. population isn’t necessarily supported by the
data. A University of Chicago Law School study published earlier this year concluded
that Chinese, Korean and Indian immigrant parents actually have more daughters
than do white Americans based upon data from 2007 and 2011.

Looking at Illinois and Pennsylvania, two states that have had
sex-selection abortion bans on the books for many years, the University of
Chicago Law School study compared the male-to-female ratio in the total
population to the ratio among Asian Americans. The study found that the bans
were not associated with any changes in sex ratios at birth for Asian Americans
during a 10-year period studied.

Caregivers are concerned such laws would delay treatment. Dr. Pratima
Gupta, a physician with Kaiser Permanente San Francisco, speculates that such a
ban in California would restrict her ability to provide comprehensive care to
her patients.

“It would force me to really have to ask a woman the reason why they’re
seeking an abortion and ensure that it wasn’t due to sex selection. I trust my
patients… and I ensure that they have been counseled completely,” Gupta said.

Ramachandran said that restricting access to abortion could potentially
harm some of Narika’s clients. “Abuse is heightened when a woman is pregnant,”
Ramachandran said. “If it’s illegal for her to seek her own abortion, the
abuser could seek retribution.”

Instead of a law criminalizing abortion, Ramachandran said that advocacy
and education are the answer. “We have to transform traditional gender roles,
increase female education, have more anti-discrimination suits,” Ramachandran
said.

After San Francisco’s resolution, NAPAWF’s Jorawar said she is now
considering taking the campaign to cities like Berkeley, Oakland and New York
City. “The idea is that we are elevating the voices of the community around
this and we are dissuading politicians in other states from passing it because
they see that there is an opposition,” she said. “They see that this is not
just anti-woman, it's anti-Asian, and it's anti-immigrant and they won't get
away with it.” 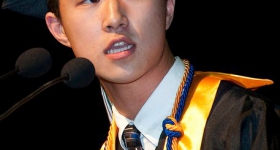 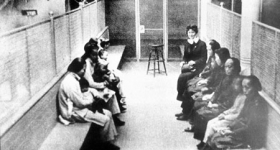