For December, we bring to you an essay from Hong Kong, addressing the ongoing "Umbrella Movement" protests in Hong Kong.

Two and a half months ago the first crew of protesters
rushed and occupied Hong Kong’s veins, inciting the still ongoing Umbrella Movement.
The world has recognized the peace and order of this protest for universal
suffrage, for a democracy as promised. Though the government has yet to make agreeable
or concrete concessions, Hong Kong’s people have been empowered and are
prepared for a long-term and persistent fight.

The following essay was part of a campaign to support the
movement by Fleurs des lettres, a
Hong Kong literary bimonthly in Chinese which established libraries and
organized readings and lectures at the protest sites, among other activities. The
transformation of public space by the protests for creative and communal use surprised
this commercial city, which was long thought to be apolitical and non-creative,
a circumscribed “borrowed space and borrowed time” with an expiration date of
2047. This essay was written in early October; even then there was no question
that the occupied streets would eventually be cleared. What has been more
surprising is the longevity of the camps.

As of this writing, an injunction from the courts is being
posted on the barricades in Admiralty, which has since been referred to as
Umbrella Plaza. The site is expected to be cleared beginning this week.

“Your revolution is too orderly.
(You'll never get what you're fighting for.)” Global headlines and the words of
foreign onlookers all carry this implication.

Perhaps
it is the character of people here. No one escapes the city’s conformations.
Those who live here are used to folding and stacking themselves, occupying
small spaces on account of others, so that a family of five will cram into a
200 ft2 apartment sub-unit, and not only do they not go insane, they even dream
of contentment; most don’t have their own rooms, so they spend all day crammed
in regulated malls and chain cafes, adapting to a share of pallid space; faced
with apartments unimaginably expensive and on the verge of being smaller than
their own bodies, they buy docilely, succeed in curling themselves inside.
During protests or rallies, none could truly loosen such long-bound hands, or
else on these many occasions of masses looking like a New Year’s Eve gathering,
it would have been impossible to not have mishaps, and whenever an ambulance
arrived the crowds would open a road, and whenever assemblies ended all the
trash would be gathered up in black bags, as though by some special species of
citizen. What the protesters most fear is not being labeled violent, but that
in this place, occupying too much space has always been an unforgivable sin.
The city’s regulations have left on people such a lovely mark, however
frightful. Neither good nor bad, this is just the life of residents here.

The
jostling of crowds trained the people a long time ago, so that when they
suddenly took back the roads, they lay down inside demarcated lanes meant for
traffic, built railings and throughways over cement dividers. There have been
people fanning sweaty strangers in the street, people suddenly cleaning trash
off the ground, people teaching methods of fermenting yeast… None can say how
many more possibilities are on these streets, how big the space can be for new
freedoms, how far this road can go.

In
fact, I can’t help being at a loss, perhaps because the coop has been flown and
the path is no longer marked. Yet it’s possible to think that what I want is
not just the freedom of reclaimed space, but suffrage within a government worth
trusting, genuine participation in the city’s policy decisions, discussions,
gatherings, all without fear for my liberty.

As
for the Movement right now, umbrellas are opening everywhere. Since there is no
deep tradition of resistance, no older generation guiding us forward, no such
inheritance, no leader and no dominant party to follow, we are able simply to
place our confidence in individual people. Every individual has thought about
how to live, how to occupy a position in the city, how to set systems in place,
and through productive dialogue we can find a balance between our distorted,
deformed selves and the willful abandon of defiance, in order to unfold our
bodies which have been numb for so long.

Past
midnight, after the subways stopped, I spent over four hours in a car returning
to Hong Kong Island, so I understand those who’ll never open their heart’s
umbrellas, their discontent. Yet in some cases, surely, there must be a way of
life more important than speed and efficiency, better than submission to
suffering.

We
will return to ordinary days, the mass gatherings on the street will end, and
only at that time will the real Movement begin. In our trivial and banal days,
when we’re crowded cheek to cheek on subway trains, will we still recognize
each other? Those in conflict, will they have the freedom to express
themselves? At that time, will people selflessly share this land without
damaging blossoms in the road or tormenting strays, and understand that they themselves
can sacrifice for enduring values, and strive after justice or, at the very
least, justification?

Sometimes
we take actions for ends we cannot foresee or control, even for ends of the
tiniest progress—because we ought to. After all, at a certain point, we live in
order to become the people we want to be.

(translated from Chinese by Nicholas Wong and Ploy Pirapokin)

Hon Lai Chu is a Hong Kong author of two novels, Body-sewing (《縫身》), as well as The Border of Centrifugation (《離心帶》). She won the Hong Kong Biennial Award for Chinese Literature for fiction with her anthology of short stories Silent Creature in 2004. Her 2006 novel Kite Family, first published as a novella, won the New Writer’s Novella first prize from Taiwan’s Unitas Literary Association; the extended version was one of the 2008’s Books of the Year by China Times in Taiwan. Kite Family, as well as her latest work, Grey Flower, were selected as Top 10 Chinese Novels World-wide for the year 2008 and 2009 respectively. 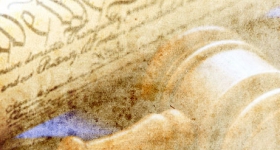 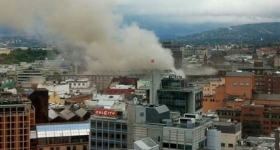 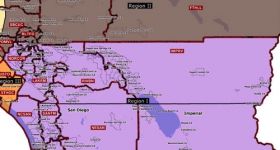 Latest CA Redistricting Maps Satisfy Most Minorities -- But Not Latinos