Photo by Michael B. Thomas

These last few weeks, I have watched as my wife, a Black woman, has had her heart broken repeatedly. She has spent countless hours and reserves of energy trying to support her mentees, students and friends who have shared in the collective terror and anguish that comes with being reminded that Black lives don’t matter. It turned out to be easy to detach myself from this pain and suffering. I have literally covered my ears, literally walked away, literally changed the subject. But I knew and know better. I understand that by detaching emotionally and living as though at least some parts of my life were not impacted by the failure of the justice system, I am a Taiwanese American who is participating in a system of white supremacy.

As a husband, I apologize to my wife. As an Asian American, I apologize profusely to all the Black folks in this country. I, like so many other Asian Americans, messed up. We messed up when a NYC grand jury refused to indict a police officer for the murder of a Black man, despite the killing being captured entirely on video, which shows the officer using an chokehold which was banned by NYPD rules (Eric Garner). We messed up when a Detroit SWAT team burst into someone’s home at midnight and shot a seven-year-old girl who was sleeping on the couch in the head, killing her, and a jury couldn’t even agree that the killing was a misdemeanor (Aiyana Stanley-Jones).

What did we mess up? We shouldn’t have needed an article in TIME entitled, “Why Ferguson Should Matter to Asian-Americans,” but we did. And that article was all about us. In it, Jack Linshi outlines the most common argument: extrajudicial police killing has happened to Asian Americans, too; that there is a similar history of racial discrimination by the state against Asian Americans; that there were individual Asian Americans who stood shoulder-to-shoulder with the great Civil Rights Movement leaders; that we need to be better allies and convince Americans that the Model Minority Myth is false.

But let’s be real. When the argument that “it’s happening to us, too!” gives four examples over 25 years, we need to understand that actually it’s not happening to us, too. The reason why Americans don’t know about the vicious and violent but occasional murders of Asian Americans by police over the years isn’t just because of the Model Minority Myth. It’s also because there isn’t a many-centuries long epidemic in the Asian American community where we feel the constant threat of death by the police when we are going about our daily lives.

When people make the argument that Asian Americans also participated in the Civil Rights Movement, and can only find examples from 20, 30 and 40 years ago, there’s a problem. It’s true that the 1970s and 1980s organizing around social justice, and more recently around immigration and LGBTIQ rights, have seen deep and meaningful commitment from Asian Americans. But getting defensive about being good allies, about being “real” people of color, means failing to acknowledge that we do not face the same threat, for example, of getting shot when trying to ask for help after a car accident (Renisha McBride). I’m sorry we’re using these arguments to excuse ourselves from acknowledging and addressing anti-Black racism.

I don’t want to leave folks with the impression that there are not Asian Americans fighting white supremacy for the sake of fighting anti-Black racism in America. Public figures like Soya Jung and Scot Nakagawa are standing up. Groups like Asian Americans Advancing Justice (AAJC), National Asian Pacific American Women's Forum (NAPAWF), and South Asian Americans Leading Together (SAALT), have been fighting for racial justice and access to basic civil and human rights for all people of color for decades. They have been vocal and active in speaking out against white supremacy, as have many other Asian American organizations. But while some of my AAPI family are doing good work, collectively as a multi-ethnic coalition, we have failed to do enough.

Failing to do enough is complicity in white supremacy, a terrible social structure that fundamentally corrupts our relationship to the best version of ourselves and our fellow human beings. Asian Americans must join together to collectively raise our voices in public places and in our own homes to declare, “white supremacy is wrong, and I won’t participate in it any longer.” Although white supremacy harms Asian Americans in the form of the Model Minority Myth and significant anti-immigrant racism, we must confront the reality that white supremacy is a social structure in which all facets of our lives are lived out -- and one that Asian Americans have come to benefit from in many circumstances, while it often kills Black, Latin@ and Native people.

Yes, we have benefited while others suffered. Even if you never use a racist slur for the rest of your life, you will still be an American who has benefited from slavery, colonialism, genocide and the institutions that have grown out of the principles of slavery, colonialism and genocide. With little resistance, Asian Americans pay taxes that support the mass incarceration system. We eat, shop, work, own businesses, study, and live in communities where white supremacy is the dominant operating racial framework that controls who will be given good service, who will be presumed a thief, who is a student that belongs on campus, and who can walk down the street at any time of day without fear of official and vigilante violence. And let’s be real: most of us have a parent or family member who is comfortable making overtly racist comments about Blacks, Latin@s, and/or Native Americans. Those words feed an oppressive white supremacist structure that literally kills people.

White supremacy is successful in part because the nature of the beast is such that some have more to gain from its perpetuation than others. For Asian Americans, it has been a double-edged sword with a large swath of Asian Americans gaining more from participating than not, even though it also harmed the most vulnerable in Asian America. Many of us participated vigorously, collecting social and economic capital in the process. Will we continue to participate freely or will we start to push back against a system that makes us complicit in racist, murderous oppression of Black, Latin@, and Native peoples?

I’m sorry that I haven’t resisted and called out these structures, institutions, and cultures of white supremacy.

I’m sorry that while Black and brown trans* and ciswomen, men and nonbinary people have faced daily sexual and homicidal violence at the hands of state actors, I did not try hard enough to stop the wheels of white supremacy from running right over them.

And I’m sorry for living so much of my life as an ally instead of a brother in arms. An ally is someone who decides that the battle you are fighting, your struggle for your inherent rights, is a worthwhile use of the ally’s time because of something they might get in return. In being an ally of Black folks, I have been selfish, and I have not just said, white supremacy is wrong, full stop.

It’s time for an Asian American War on White Supremacy.

Joining the War on White Supremacy may be a tough sell because it means letting go of the idea of the American Dream. Asian immigrants came to the United States in most cases because they believed that here, there was a chance to live free from oppression and to earn a living with dignity. But we must ask ourselves questions like: from whence came the massive endowments of the great American universities that many Asian Americans aspire to attend or send their children? On whose land?

We have benefited and continue to benefit from white supremacy. We must apologize.

That’s the easy part. The hard part is this: pushing back against white supremacy in a meaningful way through true solidarity, the kind where the struggle is intertwined into every part of our lives. Our homes, workplaces, places of worship, places of organizing and activism, must become battlefields where we will engage in skirmishes against white supremacy, against the anti-Black racism and anti-Native erasure on which all white supremacy is built. We must not retreat into the relative comfort of white supremacist notions of non-Black Americans. We must recognize that there are Asian Americans who are also Black, that they deserve an equal place in Asian America, and that to fully include them, we must recognize their struggle as our struggle.

We need to decide that we love ourselves and don’t want lives of white supremacy, lives where our successes, wealth, and prestige exist in part because we were willing to let white supremacy slide and to ignore the gross and obvious violence it uses to self-sustain. I don’t want my successes to be paid for with someone else’s blood. Do you?

Kai-Ming Ko is a second-generation Taiwanese American, born and raised in California and living on the East Coast for the last decade. He is a writer and recovering lawyer. He blogs at madaznwithahat.tumblr.com. 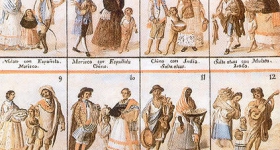