What do Chua and Rubenfeld (pictured in Pasadena, CA) have in common with Michael Jackson and Paul McCartney? Read on. (Photo used with permission of author).

With the sincerest intent of
pretending to be open-minded, I attended Tiger Mom Amy Chua and (her sidekick
co-author/husband/fellow Yale Law Professor) Jed Rubenfeld’s “discussion” last week. They were in Pasadena to promote their latest book, The Triple Package: How Three Unlikely Traits blah blah blah.

I wanted to listen with an
open heart, but I’ll be the first to admit I came in skeptical of the
simplistic nature of it all. How three traits
can explain success. How The Elite Eight -- Mormons, Cubans, Nigerians, Indians,
Jews, Lebanese, Persians, and Chinese -- are masterful practioners of these
“cultural practices.”

And to top it all off: I was
hungry. Starvin’ like Marvin Hungry. How long would I last?

The interview began at
7:01pm. By 7:08, Rubenfeld had already casually name-dropped Yale Law School
like a 1990’s 10th grader mentioned her Guess? jeans.

At 7:22pm, Chua readily and easily
makes an all-encompassing statement about Asian American high school students’
study habits and success. (Strange that in her book, she mentions Chinese
specifically as a model but in many of her conversational examples she uses
“Asian” and “Chinese” interchangeably).
I cringe and bear the laziness, overgeneralization, and limited
perspective. To make myself feel better, I imagine her Who-Riding the streets of Fresno or Long Beach
with socially estranged and underserved Southeast Asian youth and then giggle to
myself.

Their verbal end-arounds and
anecdotal “evidence” begin to frustrate me and I already want to leave after
just 20 minutes! Plus, I’m hungry remember?

A few minutes later, Chua
professes that she is “surprised” at the “controversy” of her book and
arguments. Huh?

If you want to build a
brand, I can relate. If you’re bored of academic fame, I understand that, too.
If you want to cop an easy buck, believe me, I get it.

But you DO NOT get to play
the Yale Law School Card (one of the biggest sources of your validation and a
surefire argument against tenure) and then turn around and play the Naiveté
Card. 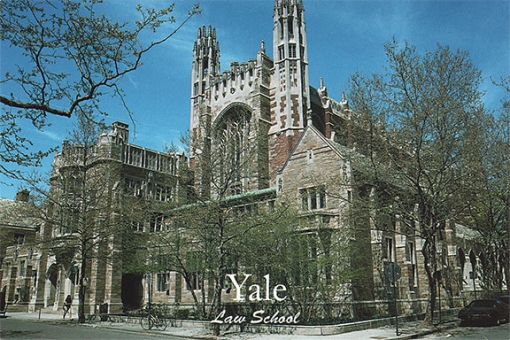 You’re at Yale Law, one of
the most prestigious institutions within one of the most prestigious programs in the world. The world! You’re supposed to know stuff! Smart
people stuff! Like, I don’t know, race, gender, class intersections and how the
law affects different people disproportionately. Critical legal studies.
Critical race theory.

How could you NOT know that
discussing race/culture would be incendiary?

And that’s when the tingling
of my Spider Sense was confirmed.  I
wasn’t only at KPCC’s Crawford Family Forum. I was also in Michael Jackson and
Paul McCartney’s 1983 “Say, Say, Say” video. The one where they go from town to town
shilling a secret potion that can make you super strong. You can imagine how it
turns out. Or just click here.

It all came together for me
like the last scene of The Usual Suspects. The polished clothes. The
credentials. The “theories” and  controversy and then shock at said
controversy. Rubenfeld’s side career as a suspense novelist and past acting
aspirations. All the newspaper coverage. I imagine I look like Chazz Palminteri did here.

In Los Angeles, we don’t
know much, but we know a bad act when we see it.

I got up and left. I was starving now and there’s a bomb taco truck around the corner. It’s staffed by Mexican
guys, who, like me, are not part of the Chosen People.

So rather than write an
intelligent response that legitimizes these D-List celebrities, I thought I’d
fight fire with fire, match illogic with illogic, dimwit with dimwit. (Remember, never fight a land war in Asia or in this case, insult a Vietnamese man two blocks from his house).

First, self-promotion: My
name is Ky-Phong Tran and I graduated from UCLA, which has been called a "public Ivy." (Not too shabby for a war refugee!) I also have a master's degree in Asian American Studies, which not only means I know EVERYTHING about Asian Americans, it also means I rule all of Asian America (including Chua) from The Platinum Throne. And my writer website is www.frequentwind.com.

Then, pseudo-science. Somewhere
early in her talk, Chua says that her book is a “celebration” of cultures and
their successes and is based on “data.”

Well, since lists are like
buttholes and everyone has one, here’s MY personal list of the Great 8 Cultures “succeeding” today:

1. Brazilians Bar-b-q. Jiu-Jitsu. But most
of all, soccer. Five world cup titles! FIVE!
The Nobel Prize, given annually, is an easy win compared to the
quad-annual gathering of frenzied feet fury. Plus, Pele! If your culture
produces the greatest anything in anything, it has to be doing something right.

2. Mexicans Mexico City is Los Angeles
with memory. Every cultural phenomenon comes to Mexico -- but nothing ever
dies.

3. The French They did not invent
b-boying, but it’s fair to say that their street dancers dance with the most
style and flair in the whole world. Click here

4. Tongans This small South Pacific
nation (via Minnesota) gifted us with late '80s Latin freestyle band, The Jets,
and classic hits like "Rocket 2 U;” "Crush on You;”
"You Got It All;" and "Make It Real." They are so original and creative and lasting that there has not been a Tongan
Latin freestyle band since. You know
you’re badass when you open a door and then permanently close it behind you. 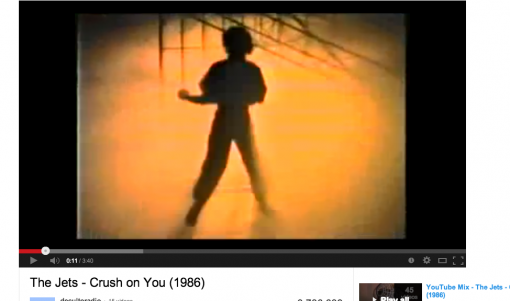 5. Japanese  That Chua and Rubenfeld left
out the culture that invented GIANT robots (Voltron, Transformers, the SDF-1) that
have saved humanity countless times over is both ungrateful and criminal in
Comic-Con Land. A drop through a Sky Door might be in order. 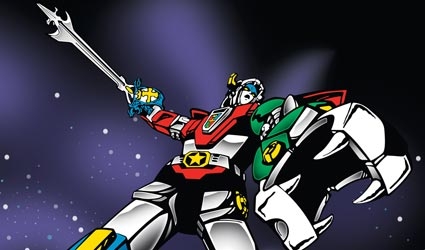 6. Buddhists Any religion that has room
for Richard Gere, Aung San Syuu Kyi, and the Dali Lama is doing something
right. Plus, George Lucas is a Buddhist and he created Star Wars. Star freaking
Wars!

And in a Street
Fighter-level combination of self-promotion and pseudo-science (the Chinese Chua
and Jewish Rubenfeld both happen to make their OWN list) (Isn’t that like giving
yourself an award?), I give you:

8. The Vietnamese  Vietnamese people have
contributed some of the finest things known to civilization. First, Dat Nguyen,
the All-American linebacker who played for the Dallas Cowboys. An Asian guy?
Playing football? And not kicking, but tackling? It’s been nine years since his
retirement and there still hasn’t been an Asian American NFL player. He’s like
a Vietnamese unicorn!  If the ESPN “30
for 30” guys don’t do a documentary about him than they wouldn’t know a story
if it tazered them. 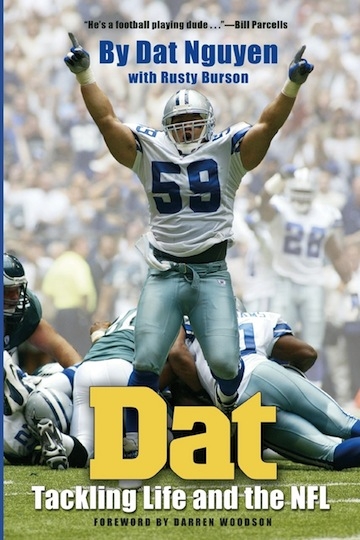 Second, Sriracha, the now
universal hot sauce of the Gods.  We will
conquer the world not through technology or finance, but the old fashioned
way -- through spice!

Last, pho. The alchemy of
broth, meat, and rice noodles is food perfection.  Warming on a cold day, healing on a sick day.
One of the few meals you can eat for breakfast, lunch, or dinner. 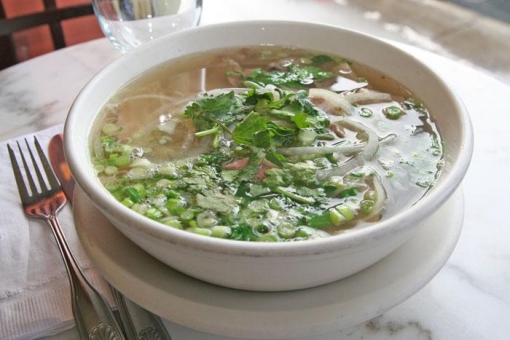 Chua and Rubenfeld keeping
Vietnamese people out of the Elite 8 of Cultural Success is nothing short of a
C-O-N-spiracy, as crooked as an Olympic figure skating judge with a second
mortgage. And based on the “data,” sriracha and pho (the best spice and the
best dish, two #1 finishes) prove that Vietnamese people should have been on
their list TWICE! Duh!

In all seriousness, I did
learn two important things, two very American lessons from Chua, Rubenfeld, and Triple
Package:

One, define your own success.

Two, If you don’t like someone’s list, make your own. (And then put yourself on top
of it).

Ky-Phong Tran is Vietnamese. Duh! K-PoP stands for Ky-Phong on Pop Culture and is an exploration of all things pop. 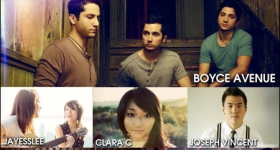 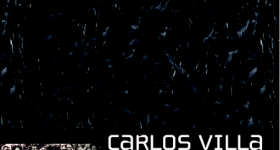 Portrait of the Artist as a City

Letters from Readers: One for the Guys