Last month, TheAtlantic.com published the essay “What
My Grandmother Learned in Her World War II Internment Camp,” by Helen
Yoshida. In it she tells the story of her grandmother, who was one of the 120,000 Japanese
Americans imprisoned by the U.S. government from 1942 to 1945. At Heart Mountain
incarceration camp, Yoshida writes, her grandmother made the best of the
situation by developing the sewing skills that later enabled her “to craft a
comfortable life.”

“Like many internees, she did not talk about camp later in
her life. Instead, she closed that chapter,” Yoshida explains. Later in the essay,
she states her grandmother did tell her about the incarceration, but “did not
dwell on the racism and mass hysteria that had driven her there.” Instead, she
recounted the everyday: “how she’d spent the time.”

The
Nisei (second-generation Japanese American) incarceration experience has been
largely characterized
by silence. Among a group of Sansei (third-generation Japanese Americans)
studied by psychology professor Donna K. Nagata, about three-quarters said
their parents rarely or never mentioned that period. Children and grandchildren
may have heard about the mundane -- the everyday -- but not the psychology and
emotions.

Today,
with the Nisei generation departing, many of us are left on our own to
interpret these silences in our families.

My late grandmother was incarcerated during the war. She,
her parents, and younger sisters were forced to abandon their home in Winters,
California and bring only what they could carry to Gila River incarceration
camp, in the Arizona desert. Fifty miles south of Phoenix, the camp was in a
desolate area where summer temperatures soared over 100 degrees. The some
13,000 inmates lived one family per room in crude barracks -- tar-papered,
uninsulated, furnished with army cots, and susceptible to the dust and wildlife
of the desert. Privacy was nonexistent. A guard tower kept watch.

Like Yoshida’s grandmother, mine seemed to rally and make
the best of things. She threw herself into school: her high school transcript
shows she was the Calendar Editor, a reporter for the school newspaper, and
secretary-treasurer of the camp National Honor Society chapter. When her class
of about 200 students graduated in 1943, she was the Valedictorian.

After the war, my grandmother rebuilt her life. She married
and settled in Palo Alto, California. Her family managed to establish a
chrysanthemum nursery there, where three generations worked side-by-side
growing the big, heavy-headed flowers. The business did well enough that by the
time my grandparents had three young children, they were able to buy a
three-bedroom house in a neighborhood with good schools.

Like many others, my grandmother didn’t talk about the
incarceration, referring to it rarely and simply as “camp,” as if it had been a
pleasant place of capture the flag and swimming lessons.

But I don’t think that chapter ever really closed.

Although on the surface my grandmother may have appeared to
make the best of her circumstances, leaving behind the war years to carve out
her own American success story, her narrative -- and her silence surrounding those
years -- seems to me more complex and opaque.

My
grandmother is remembered by her children as overwhelmed and exasperated, critical
and unhappy. She suffered from bowel issues and migraines so bad they made her
vomit, and she was known to fly into rages—throwing things, wielding spoons and
hairbrushes. At the end of her life, my grandmother revealed to my mother that
she’d always felt as if she didn’t fit in -- like “a square peg in a round hole.”

Researchers
have found that the trauma of the
incarceration -- suppressed out of shame and a community-wide effort to
forget -- manifested in some former internees in physical and psychological ways. They
have found high rates of low-grade depression among Nisei, along with
psychosomatic symptoms such as ulcers, hypertension, and migraines.

I’ll
never know for certain what role the camp played in my grandmother’s struggles.
That aspect of her life is entangled with others: her individual disposition, larger
structures of race and racism in the U.S., her lingering heartbreak over the
man -- not my grandfather -- she’d fallen in love with in camp. Still, I can’t help
but feel the weight of the incarceration on my family -- even on me, two
generations removed. I feel it on all the years, growing up, when I hated my first
name and wanted to distance myself from anything Japanese. I feel it on the
years I spent later, as a young adult, working to address that by immersing
myself in Japan -- learning the language, living there, discovering the history of
World War II.

The incarceration feels implicit in my very genetic makeup. Since
the war, Japanese Americans have married outside their ethnic group at the
highest rate among Asian Americans. Over sixty percent of Sansei women and over
fifty percent of Sansei men have outmarried. Many of us in the fourth and fifth
generations are mixed -- although, we’re finding, this has not necessarily
translated into a lessening of our Japanese American identity.

What is certain is that we, as a community, as a nation, have a
responsibility to keep that chapter of history open. Thanks in part to the
efforts of oral historians like those at Densho,
Go For Broke National Education Center,
and Discover Nikkei, many Japanese
Americans who were incarcerated have revisited that period in their final
years, sharing their stories. Others, like my grandmother, never did.

We should not read these silences in simple terms, assuming there
was nothing more to say. Instead, we can choose to dig deeper. We should continue
to learn about, question, and critically examine all the complex effects of
that great breach of American civil liberties.

For more on this topic, see Donna K. Nagata’s “Echoes from Generation to Generation,” in Last Witnesses: Reflections on the Wartime Internment of Japanese Americans, edited by Erica Harth.

Akemi Johnson is a
writer living in San Francisco. As a Fulbright scholar, she researched the
clash and coexistence of locals and the U.S. military in Okinawa, Japan, and
she is now completing a memoir about the experience. Find her at akemijohnson.com or @akemijohnson. 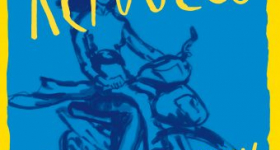