K-PoP: Why "Fresh Off the Boat" Matters

(This column first appeared in the Huffington Post on Feb. 9, 2015)

Last Wednesday, Asian America had a nationwide orgasm house party after the two-episode debut of ABC’s new sit-com Fresh Off the Boat, which is based on chef and author Eddie Huang’s childhood move to Orlando, Florida.

We gathered for public viewings in New York and Los Angeles. We texted until our fingerprints rubbed off. We broke Facebook and Twitter posting about it. For months before the premiere, we rallied for the show like it was a Presidential election.

Why? Because we were the proverbial wallflower who was finally asked to dance!

There I was on the God-Box. Television. The one-way window that taught me important lessons about loss through the Space Shuttle Challenger crash, 9/11, and Hurricane Katrina. The plastic and glass oracle of Americana that showed me everything that was good and right about this country: The Wonder Years, The Wire, Breaking Bad, and Robotech.

For Asian America, it was the Wright Brothers, Charles Lindbergh, and Neil Armstrong all rolled into one. Except rather than a white man walking on the moon, it was a real live yellow kid walking on Earth!

To be completely honest, it was hard for me to enjoy the show at first.

But not because of the quality of the writing, acting, or production. It was hard to watch the show because I had a difficult time focusing. And it was hard to pay attention because I was still so shocked that a show about Asian Americans was actually on TV.

Every time I tried to concentrate, little thoughts would creep into my head and distract me from the episode. Is this really happening? I can’t believe this is happening! Cause the last time I saw an Asian American family on mainstream television was, uh, never.  (Confession: I didn’t watch All American Girl because I was too busy getting bad grades in college).

I’m pretty sure others felt the same way. Like this was a big practical joke and the show would get cancelled half way through the first episode and ABC would just put on an old episode of Friends (rented from NBC just in case the show bombed).

In addition to paranoia, I also suffered from overly self-conscious group consciousness. Is this show funny? Am I laughing because it’s funny or just to be “down for the cause?” Or is it just an uncomfortable laugh because I’m still tripping about seeing a kid on TV that reminds me of me?

But then reality settled in and a second un-cancelled episode alleviated some of my mania. Randall Park worked his sly, welcoming charm as only he can. (Full disclosure: I went to college with Mr. Park and was a member of the theater group he co-founded). Constance Wu steals every scene. And young Hudson Yang, a fireball of swagger, ultimately steals our hearts.

Then there’s that soundtrack. The '90s. The Golden Age of Hip Hop. Biggie. Snoop. Cube. That’s three-fourths of my Mount Rap-More! The show is worth keeping around based on the beats alone. (As the music plays, I imagine some Midwesterner asking, “Asian Americans listen to hip hop?” Then I put my hand into the TV, reach across the country, smack him, and say, “Duh! Everyone listens to hip hop!”)

Two days later and Asian America is still high as a drone. And that’s when the special nature of Fresh Off the Boat hits me like a Tiger Mom after a poor piano recital.

FOTB is not just about Asian America seeing itself for the first time in mainstream media. It’s that we see ourselves while other non-Asian Americans can see us at the same time, too. It’s that simultaneous viewing that sets this experience apart. That’s the power of mass media, collective audiences, and scheduled show times.

Seeing ourselves is new. Being seen even newer. Be gentle with us at this fragile time because with exposure there is vulnerability. Anonymity and invisibility sucked but at least it was safe.

Ultimately though, FOTB is deeper than image. It’s about acceptance.

It’s not about us. It’s not about the “quality” of the show. It’s about the rest of the nation. Obviously, Asian America is ready for the show. But we only make up about five percent of the population. Even if every single one of us watched the show it would not survive.

Asian America is on the cusp of its “Obama Moment.” Not politically, but through media. Through a sit-com about a Taiwanese kid and his family moving to the suburbs of Orlando and trying to make a dollar out of fifteen cents.

If Fresh Off the Boat survives, it will be like when the African American community felt an overwhelming sense of racial and political inclusion after the 2008 Presidential elections. Who can forget the smiles and tears during Obama’s first inauguration?  In a country fraught with racial division, a majority of Americans — white Americans — believed enough in an African American man to make him the leader of the free world.

Right now, Asian America will be in election night mode WEEKLY. How many episodes will the show last? Will it, will WE make it to season two? Will the rest of America support it or will it get cancelled like Margaret Cho’s All-American Girl or John Cho’s Selfie?

I know it’s only TV. I also understand if Fresh Off the Boat stays on the air it just means our image (and our story as written by others) is good enough to sell detergent and boner medicine.

K-PoP is short for Ky-Phong on Pop Culture. Ky-Phong Tran is an award-winning writer and teacher based in southern California and he writes about music, art, literature, Los Angeles, fatherhood, and other musings. 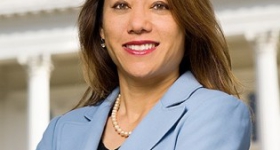 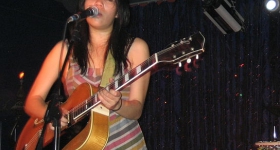