Can we ever really tell in an instant if a caregiver is a nanny or a parent? How does our perception of a caregiver change on account of personal experience, either as parents or as members of particular racial group? These questions came up last Friday, when a clip of  Robert Kelly, a professor interrupted during a BBC interview by his two children went viral. Viewers across the internet cooed over the charming scene, in which the kids came bounding into their father’s home office interview, after which their mom Jung-a Kim swept in to usher out the unwanted guests. A controversy erupted when some assumed Ms. Kim –- who is Asian –- was a nanny, and not the wife of Mr. Kelly, who is white. These viewers thought she was a hired caregiver, concerned about losing her livelihood, apparently based on her urgent and seemingly panicked attempts to corral the kids. Others critiqued this assumption as rooted in a longstanding stereotype of Asian women as subservient and servile. Some decried the nanny assumption as downright racist. While the family -- which lives in Korea -- stated that they don't want to politicize the nanny assumption, the incident is nonetheless a useful lens through which to examine the impact of race on social perception here in the United States.

Speaking for myself, when I first watched the clip, I immediately noticed the children are “hapa”, or mixed-race Asian. Therefore, when I saw Ms. Kim rush in I assumed she was their mom, and didn’t think more of it. However, some of my friends speculated –- for the reasons identified above –- that she was more likely to be a nanny. Some of these friends have worked for Asian American advocacy organizations. And some are Asian women married to white men, who themselves have been taken for nannies, or for at the very least for someone other than their kids’ moms. In other words, these are people with deep awareness of and personal experiences with stereotypes of Asian people, and Asian women specifically. They were people who should have known better.

So then, why did my friends perceive the Kelly/Kim family so differently than me? Our perceptions take into account many factors, of which race is a critical, but not the only component. My own perception of the family was shaped by my observations regarding the children’s race, as well as my experiences as a parent. When I saw Ms. Kim, I didn’t see a nanny fearful about continued employment. I saw a mother who knew an epic team parenting fail had occurred, and was frantically trying to mitigate the damage. This is because I have, as a parent of three kids, narrowly avoided similar –- if not so spectacular and public –- incidents. While some of my friends who thought Ms. Kim was a nanny are also parents, I don’t know if they’ve experienced the same telecommuting near-misses as I have.

When my kids were younger, my husband and I regularly telecommuted while the other was home with the kids. The threat of a toddler intrusion into conference calls or webinars loomed like an omnipresent disaster waiting to happen. It didn’t matter that this horrifying threat usually didn’t materialize. Now our kids are in school, and we rarely telecommute when they’re around except for the occasional sick day or snow day. But I remember like it was yesterday when my son barged into a Skype job interview. Another time, I had to take an emergency call while watching my daughter, nervously toggling the mute button back and forth. Memories of these incidents made me laugh harder as I observed Ms. Kim’s and Mr. Kelly’s escalating plight, in solidarity as a fellow harried parent.

However, such personal experiences are only part of the story. We are also swayed by assumptions rooted in implicit bias. Implicit bias refers to attitudes or stereotypes about race, gender, and other personal characteristics that inform positive or negative reactions regarding situations and individuals –-  e.g., an “ethnic” or darker woman with a light-skinned baby is surely a nanny. When I watched the now famous clip of Mr. Kelly and Ms. Kim, it didn’t occur me that she might be a nanny. I don’t know if this was due to my similar parenting experiences, the fact that I noticed the kids were mixed-race, or a pat-on-the-back lack of implicit bias. But I know enough about racial perception to know it’s probably not the last one. Would I have definitively assumed Ms. Kim was the mother if I didn’t notice her kids were hapa? And what if she had been darker skinned –- perhaps Southeast Asian or Filipino -– would the possibility that she was a nanny have crossed my mind? Who knows.

I was disturbed when my friends concluded Ms. Kim was probably a nanny. Not because they suddenly sprouted horns and became “racist,” but precisely because I know they’re not racist. I could have made the same mistake, if the video or my experiences had been just a little different. This incident merely shone light on the implicit biases we all harbor, to one degree or another. And such biases can only be overcome by diligent, alert awareness and a willingness to examine and bravely confront them, even if the exercise of doing so is uncomfortable. 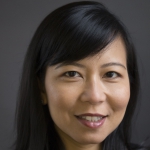 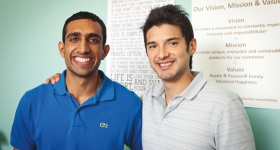