Summer is coming to a close and with it the box office run of the biggest Hollywood tentpole films. Yet there’s something different in the air this year. A quick glance at Pirates of the Caribbean 5, The Fast and the Furious 8, and (here we go again) Michael Bay’s Transformers 5 reveals respectable box office receipts but hides a troubling trend. All of these films, despite coming off record-breaking hauls from the previous entries, are making less money in the United States. Hundreds of millions of dollars less.

You could attribute this decline to franchise fatigue or a crowded summer movie schedule. Maybe people are just tired of Johnny Depp pretending to be Keith Richards pretending to be a pirate for the umpteenth time. Maybe Vin Diesel’s star vehicle is finally beginning to lose traction. Or maybe we’re just not about Mark Wahlberg saving Earth with the transformers — again. In any case, there is something to be said about the state of the Transformers films and its dubious act of transforming itself into a franchise that has steadily lost domestic interest over the past 10 years. Paired with this downward spiral, however, is a bailout job by China that would make Wall Street jealous.

China welcomes Hollywood’s leading global film market and provides an escape valve for American film duds — bombastic, critically-panned stories, and Michael Bayhem — all on a strict quota. Due to strict censorship laws, China maintains a tight leash over what foreign films are allowed entry into the country, with only 34 films (32 of which were American releases) making the cut in 2014. The United States, by comparison, does not have a quota, with over 240 foreign films available for viewing on iTunes alone. This, coupled with the fact that China wants to protect its own growing domestic film market, has created a complex, multimillion dollar courtship between Hollywood’s biggest, loudest titles and the Chinese market. Franchises that are met with tepid reception stateside (Transformers 5, Pirates of the Caribbean 5, The Fast and the Furious 8) or have been eviscerated by critics (2016’s Warcraft, which went on to gross a staggering US$213 million in China alone) have a chance at financial redemption, which is great for struggling studios but hides a problematic issue: the practice of American blockbusters relegating Asian roles to irrelevant, empty cameos to appeal to the Chinese market.

Some well-documented cases are 2014’s Transformers: Age of Extinction and 2013’s Iron Man 3, which contains an additional and irrelevant four minutes of Chinese actors Fan Bingbing and Wang Xueqi helping Robert Downey Jr.’s Tony Stark — that is, if you watch the Chinese version. That’s right, an entirely separate side-narrative of Tony Stark being saved by Wang Xueqi playing an elite Chinese surgeon awaited Chinese audiences, in addition to a not-so-subtle product placement of Yili milk drink. The cherry on the top of this pandering sundae was expositional dialogue reinforcing the effectiveness of China (and by extension, Communism). This trifecta of out-of-place, bizarre and unintentionally hilarious footage has drawn the ire of many mainland Chinese audiences. “When the Chinese show up in the movie, it’s like suddenly changing the channel. It doesn’t match the rest of the movie,” said a Chinese patron in a 2013 Kotaku article. 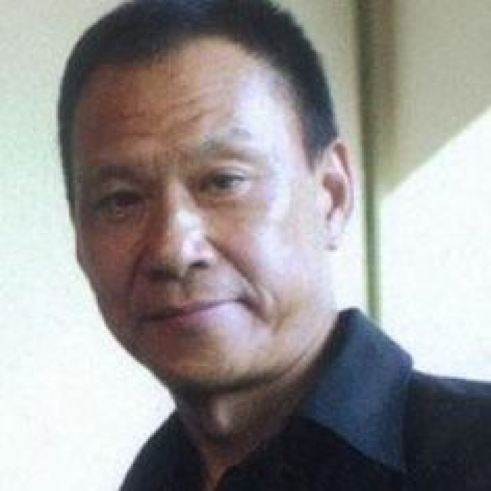 So, what gives? It may be clear that a segment of the Chinese film-going audience is aware of the smoke and mirrors present in these Hollywood blockbusters, chiding the films for relegating popular and talented Chinese actors to supplementary roles with either zero dialogue, nonexistent characterization or, at the most banal, to promote a soft drink while other non-Asian characters are actually doing things relevant to the plot. But Iron Man 3 still went on to gross US$121 million in China alone, the biggest international haul for the film by a landslide. Transformers: Age of Extinction became one of the top films of all time. These films have exploited this trend to such a laughable extent that Chinese filmgoers have created a term for these glorified cameos: “flower vases.” The name, more condemning than benign, describes these actor’s roles as pretty to look at but ultimately shallow, especially with respect to Chinese actresses. They serve as reflections of the larger studios' indifference toward genuinely integrating Asian talent with American counterparts — and with box office returns this robust and record-breaking, one can’t help but feel like it doesn’t matter. 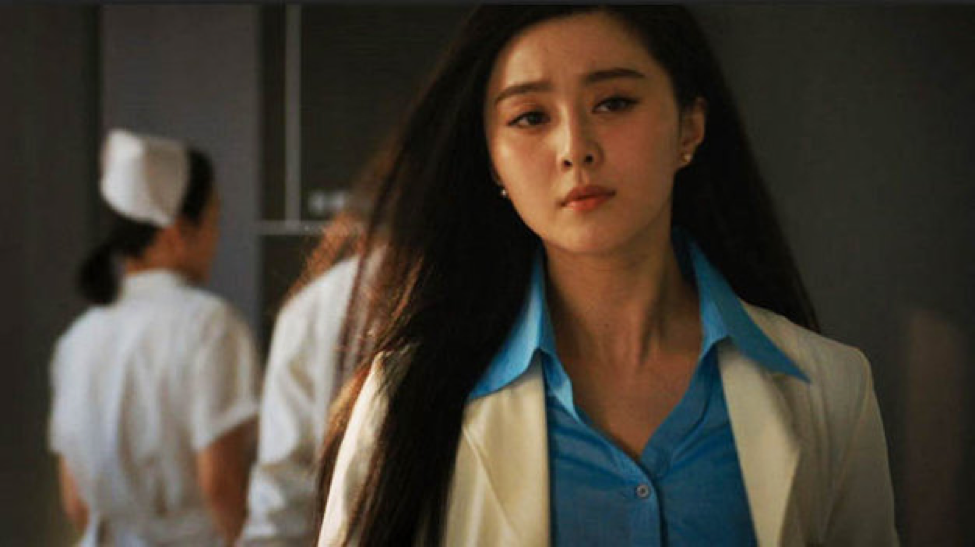 Image: Fan Bingbing, the dubious poster child of flower vase roles, walks down a hallway to meet with Tony Stark in the Chinese version of Iron Man 3.

But it does. The frustration felt by Chinese audiences as they watch their favorite actors reduced to insignificant cameos draws a compelling parallel to issues of Asian-American representation back in the United States. It’s tough enough to find Asian actors on screen to identify and resonate with (Asian actors account for roughly 5.1% of speaking roles according to a 2014 USC study), and for those who are actually cast — or rather, strategically placed — it can’t help but feel patronizing. The minor roles are a byproduct of an endgame too cynical — or worse, too afraid — to trust Asian actors to helm these films and entertain audiences. Coupled with the continued whitewashing of Asian roles in mainstream films, these flower vases offer little respite. Yes, there are Asian faces on screen and they exist in the universe of the film (well, the Chinese version), but apart from that, you could ostensibly film their scenes with cardboard cutouts and barely notice a difference; they are that inconsequential.

This presents a unique problem for representation. The root of the issue isn’t the diminishing returns on the domestic end for franchises that have clearly exhausted their creative potential; it’s about the creative potential that was simply never given to the actors — both Asian and Asian American alike — in these mainstream features whose reach is simply unmatched. These films, cut specifically by Hollywood studios to court China’s strict and uncompromising censorship laws (imagine watching Alien: Covenant with the film edited to feature only 1-2 minutes of the titular aliens, as in the Chinese version) while promoting business interests first, feel antithetical to the ethos of creativity inherent to film acting that absolutely should be a consideration when making films, regardless of budget, genre, or scope.

Denial based on the lack of confidence in an actor’s background or race to serve as a lead in a film echoes problematic sentiments held by members of the Hollywood elite. Ridley Scott received criticism for his statements in a 2014 Variety article justifying casting Caucasian actors Christian Bale and Joel Edgerton as ancient Egyptians in his dud Exodus: Gods and Kings because he “can’t mount a film of this budget … and say that my lead actor is Mohammad so-and-so from such-and-such. … I’m just not going to get it financed. So the question doesn’t even come up.” This sentiment is rooted in business logic but misses the point on the merits of authentic representation, which is that these films, despite their bloated running times and overblown special effects, represent real and visible opportunities for actors of color to showcase their talents to test the market for crossover potential. When that potential is disregarded, like in the case of Fan Bingbing’s one line (“Time’s up!”) in the critically and commercially successful X-Men: Days of Future Past, one can’t help but wonder if giving her more to do and say with her character would have hurt the film in any way. Most likely, it would not have.

The fact remains: The financiers of Hollywood’s biggest films see China as less of a complex cultural market for audiences to explore nuanced stories than a supple cash cow with additional cash considerations. In the same vein, Hollywood remains a business-first industry facing increasing pressure from premium streaming services and rapid decentralization of entertainment options for the general public. After all, consumers speak loudest with their wallets, and the producers of Transformers have clearly heard a tepid response stateside.

There are plenty of reasons to feel cynical about Hollywood’s ambivalence toward nuanced and genuine representation. Paired with the deliberate product placement of Asian actors in the recent Transformers films were staggering, hundred-million-dollar marketing campaigns by Coca-Cola and top Chinese brands, igniting a machine of industry to maximize the potential revenue from China’s average filmgoer — a 20-year-old Chinese male. The inclusion of Asian actors in the actual films can be seen as an extension of the industry’s cold, emotionless, and ruthless push to boost revenue by any means necessary — including proper representation. Since we’re still in the era of predominantly white male superheroes and protagonists saving Earth in every cinematic universe, shared or not, shifting the collective minds of the Hollywood elite and decision-makers is not a hapless pursuit. It is a necessary campaign to boost understanding and legitimacy of Asian faces from both sides of the globe. If we don’t, this business practice, while favoring the industry, fails audiences on both sides of the world: American audiences will continue to be plagued by mediocre, effects-driven films that will be gleefully received internationally; and Chinese audiences, while initially entertained by the spectacle, will lambast the shallow and inconsequential roles given to capable Chinese actors and ultimately lament their portrayals in the films. 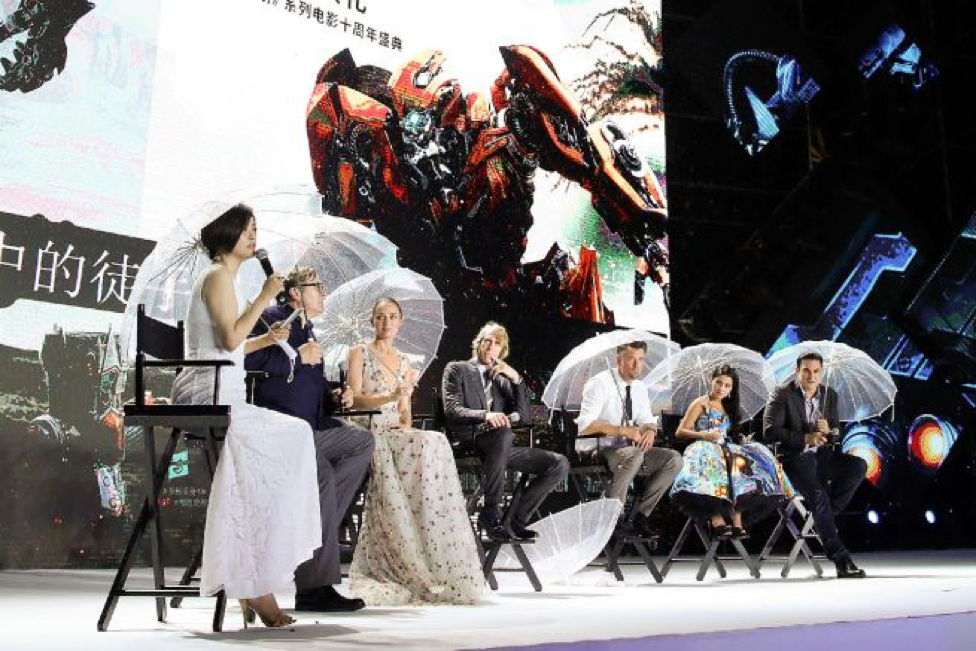 Image: The 2017 premiere of Transformers: The Last Knight in Guangzhou, China.

While China’s market dominance and Hollywood bailout continues in full swing, the tremendous effect might leave one feeling skeptical about the future of representation. Take relief in knowing that China’s youth, more informed than any other generation about the cinematic sleight of hand going on, are taking note. Even if Transformers: The Last Knight ends its global run as the ninth highest grossing film of the year, seeds of thought challenging the status quo are beginning to take root in the mindset of China’s viewing demographic. It’s a notion taking off in the first but necessary conversations about representation in cafes and internet message boards across China, a sentiment and statement valid in any season: flower vases made to look pretty are not made to last. 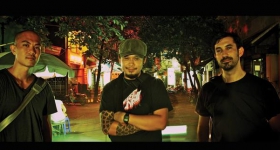 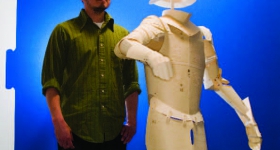 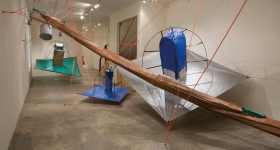 The Language of Seeds and Tents