Since 2012, Anirvan Chatterjee and Barnali Ghosh have run 124 tours for 1,927 people as part of their Berkeley South Asian Radical History Walking Tour.

I met them in 2013, when I went on the two-mile walk myself. Ever since, I have been urging everyone I know to sign up. Ghosh and Chatterjee challenge the “model minority myth” and show that South Asians have been speaking up politically as far back as 1908.

Now, Ghosh and Chatterjee are excavating newspapers for archived articles about South Asians in the Bay Area. Hyphen interviewed them about their work, their walking tour, and the state of South Asian activism today.

Zahir Janmohamed (ZJ): How has your walking tour changed, if at all, since you started it? Has it taken on a different tone now that Donald Trump is president?

Barnali Ghosh and Anirvan Chatterjee (BG and AC): The walking tour is very much an act of live political performance. It’s important for us to highlight stories and details that are in conversation with the present moment, which help build the kinds of movements we need right now.

Sometimes that means focusing on very recent stories, including those of post-9/11 activism, resistance to Immigration and Naturalization Service Special Registration in 2002 and 2003, and most recently, about local responses to post-Trump racist attacks in 2016.

And sometimes that means going deep into the past. As racist far-right activists turn our city into their stomping grounds, we’ve been digging into the story of Berkeley’s first South Asian protest, a mass action against a white racist speaker in 1908, over half a century before the Free Speech Movement. At moments like this, we need to remember that mass anti-racist action is part of our community’s heritage.

We were leading walking tours on January 28, 2017, the day of the Muslim Ban 1.0, and of the airport protests across the country. We interrupted our own tour to share what was happening at JFK and SFO airports because that was far more relevant than stories from a century back. Howard Zinn has a lovely essay called “What is Radical History?” In it, he says, “Historical writing always has some effect on us. It may reinforce passivity; it may activate us. In any case, the historian cannot choose to be neutral; he writes on a moving train.”

ZJ​: What has been the biggest surprise to you both since starting the walking tour?

BG and AC: We originally intended this tour more for folks who are newer to organizing and activism. But we were happily surprised when the tour also resonated with folks who were themselves activists and organizers. We've had participants tell us that they were proud to know that they are part of a long tradition, following in the footsteps of ancestors. Some have brought friends and family members to help loved ones better understand the context of their work.

When we started, we thought it would be basically a one-shot, so we're also still surprised that five years after we started the tour, there's still sustained interest in learning about these histories. 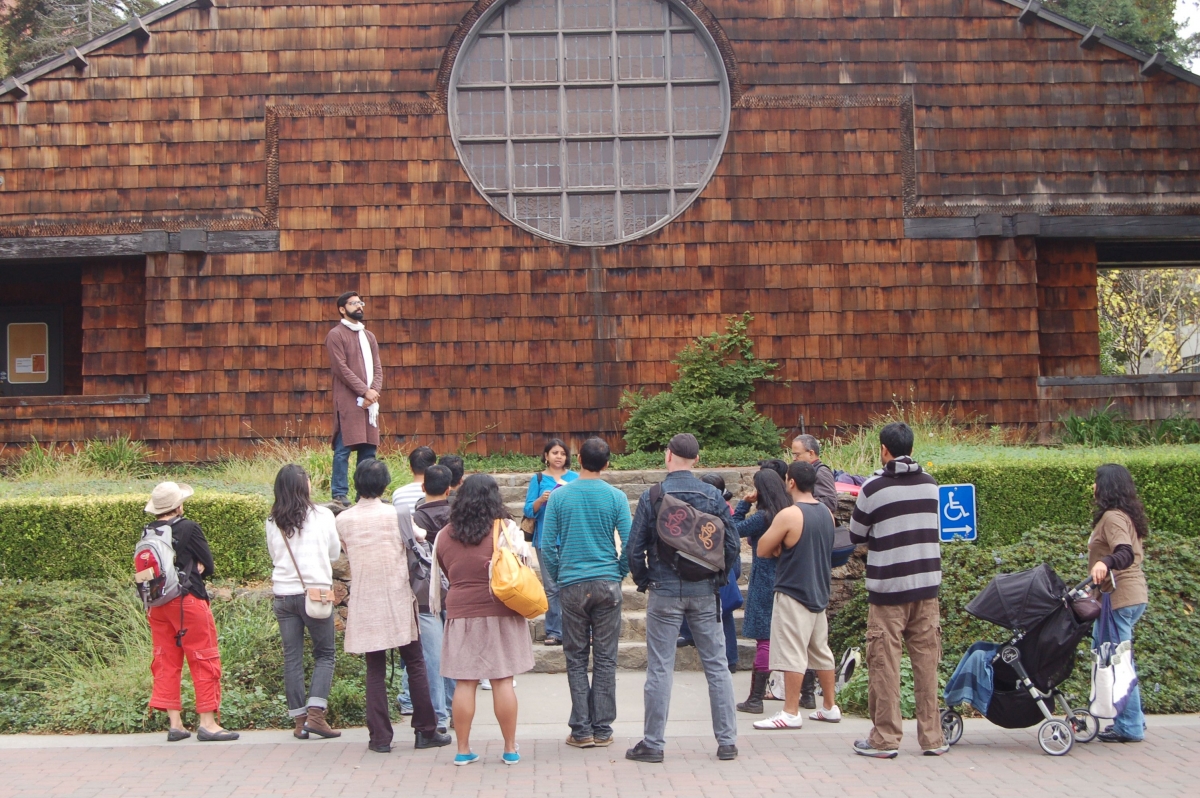 ZJ​: Your walking tour is one among several like it that highlight communities of color. Can you talk about some of these other walks?

BG and AC: We’re part of a long tradition of place-based people’s history storytelling. Some of our favorite new tours include the Chinese Progressive Association’s new walking tour of San Francisco Chinatown, the Resilience Archives tour of Bay Area LGBTQ AAPI digital history, and Roberto Hernandez’s interactive tour of the Mission in the Detour app.

And we’ve loved collaborating with local partners, connecting histories of the anti-colonial Ghadar Party with other local tours about the Black Panthers and Irish American movements culminating in the Easter Rising.

ZJ​: ​One of the most chilling stops on the tour was on Shattuck Avenue, where you both spoke about domestic violence within the South Asian community. How do people react when you share this story?

BG and AC: In the 1990s, Berkeley business owner Lakireddy Bali Reddy trafficked dozens of workers from India to work in his businesses. And he also trafficked several young women whom he raped. The case exposes the challenges our communities face at the intersections of class, gender, and caste oppression.

Participants are understandably shocked and disgusted to learn about the case, but we hope they'll walk away with more than just the story of the Reddy family.

We also talk about the Alliance of South Asians Taking Action, an intersectional feminist organization that did media advocacy, showed up at court hearings, and organized a vigil in support of trafficked workers — one of the most important South Asian feminist organizing moments in Berkeley.

ZJ​: ​South Asians are often eager to puncture the model minority myth. Why do you think it is important for South Asians to do so?

BG and AC: South Asians have been in the United States for centuries, but South Asian America is deeply shaped by post-1965 policies favoring skilled immigration. South Asians aren’t genetically predisposed to be doctors, engineers, academics — it’s just that those are the kinds of skills selected for by U.S. immigration policy.

ZJ​: I love the articles you have uncovered in your Medium posts. One from The San Francisco Chronicle published in 1907, talks about “Fear Outbreak among Hindoos.” Another, from around the same time, is about how to tie your turban. What do these articles tell you about South Asians in the Bay Area during that time period?

BG and AC: In addition to oral history, we’ve continued to do original archival research, looking at things like old newspapers and historical census data. Some of what we’re finding helps us understand how we got here.

A century ago, upper-class South Asian students were being welcomed by University of California — Berkeley faculty and leadership, and Oriental civilizations were sometimes celebrated by “cultured” white residents — even as South Asians were also being forcibly driven out of the city by white neighbours.

Being able to map these stories out in space and time helps us better understand the weird mix of stereotypes: model minority, exotic easterner, or feared foreigner.

ZJ​: ​How do you think South Asian activism has changed, if at all, since the tragic killing of Srinivas Kuchibhotla in Kansas this February in an apparent hate crime?

BG and AC: We don’t have data to back this up, but it feels like there’s a wave of post-9/11 South Asian immigrants who never fully internalized the fact that we could be so directly targeted by American racism and xenophobia. The murder of Srinivas Kuchibhotla was a wake-up call for many community members, particularly those who aren’t Muslim or Sikh.

When Kuchibhotla, a Hindu Indian H-1B technology worker, was murdered by someone who saw him as potentially “Iranian” and “illegal,” it reminded us that none of us are safe until all of us are safe, that attempts to protect any one part of the community are insufficient as long as adjacent communities are under attack. 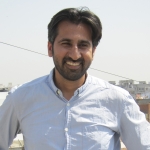 Zahir Janmohamed is a Senior News Editor at Hyphen magazine, as well as the co-host of Racist Sandwich, a podcast about food, race, gender, and class. He is a 2017 fiction fellow at Kundiman. 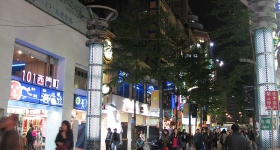