Asian American Athletes, and the Craze that Swept the World
Christian Ting
January 30, 2018

When someone mentions February in New York, a handful of things come to mind: cold weather, Valentine’s Day reservations on the Low East Side, and New York Fashion Week. Yet, in 2012, and less than a year after the NBA lockout deprived fans of a proper season of their favorite sport, a sensation lit up Madison Square Garden like New Year’s Day. His name was Jeremy Lin. But to the world, he was simply Linsanity.

The cultural phenomenon of Linsanity was born that February. To the uninitiated, it represented an unprecedented stretch of games where Lin averaged 25 points and 9 assists, figures you’d expect from an established star like Steph Curry or LeBron James, not from a player who had been cut twice in the same season and was sleeping on his teammate's couch between games. Yet that’s exactly what Lin did with his opportunity playing with the Knicks. A half a decade later along with a Time Magazine cover and an Obama shout-out, Lin’s story remains compelling, not for his meteoric rise, but for how an American sports movement rallied behind the most unlikely person: A Taiwanese American kid from Palo Alto, California.

Writer/director Evan Jackson Leong’s film Linsanity was released five years ago this month. I had the opportunity to sit down and talk with Evan about his film and friendship with Lin, which began during his college days as star on his Harvard basketball team. In conversation with Evan, it became apparent Linsanity represented far more than just a hot streak for an NBA player. Taken at face value, no banners will be raised at Madison Square Garden, no award given, no parade held for what Jeremy Lin did that February. But it doesn’t matter. The legacy of Linsanity, despite taking place on the hardwood floor extends far beyond the court: It was an incidental moment in time where our conversations about who can play and who could play collided, where the notion that a hometown, Asian American kid could turn hoop dreams into an NBA reality. The fame and notoriety was irrelevant to Jeremy, a man who often exchanged hubris for humility – even in games where he bested the best. It’s a pattern of character exemplified by Asian Americans, a quality that made him both relatable and a fierce competitor. Ultimately, Lin’s story as the unlikely, undrafted, underestimated underdog echoes the experience of countless youth aspiring for success in the face of adversity. His legacy is a reminder and call to action to keep on your hustle in the face of constant questioning of your legitimacy and worth. And that’s something to play for keeps, on every court you play on. 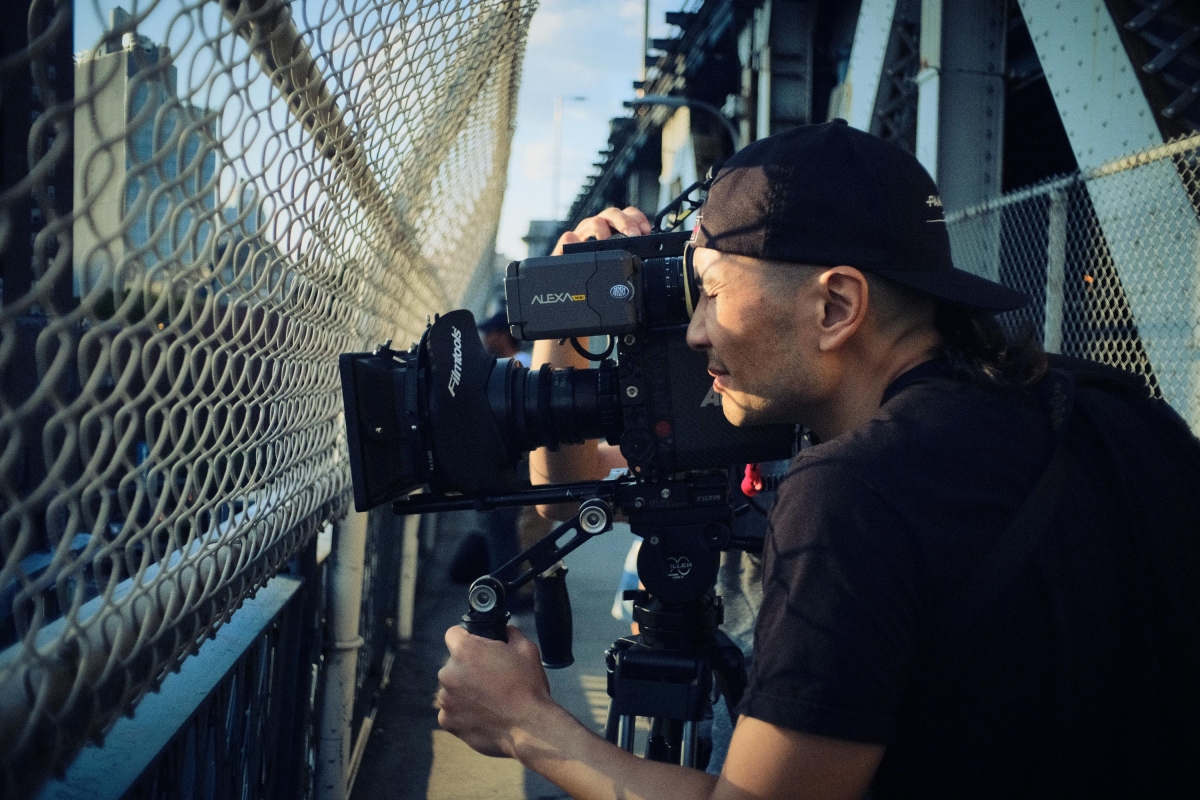 Christian Ting (CT): Five years ago, your film was released to a sold-out crowd at the Sundance Film Festival. What was that moment like for you and your team?

Evan Jackson Leong (EJL): It was a long time coming. Because what happened with Linsanity, things had kinda died down with his popularity. But for us to tell that story and have it be received to the world for that first screening was huge. I’ve never had a Sundance premiere or anything of that caliber, so there’s a million things you’re worried about. I was worried about how people were gonna receive it – the story of Jeremy Lin – pretty much if you were a human being in 2012 you knew what he did (laughs). So, the biggest challenge for us was how to tell a story that everyone knows? And how to do it in a good way? There’s a lot of great stories messed up by the movies. We just wanted to do justice to that special, special moment.

CT: What was the reaction like from the crowd? Were there any Lin jerseys in the audience?

EJL: For a movie like ours (a documentary) you want to have a crowd. It’s a documentary, it’s not super funny, but it feels really good watching it. That kind of viewing experience with the audience tracking the film is unbeatable. You couldn’t ask for more. It was mainly industry folk, but I’m sure there was a jersey or two in there (laughs). I was so nervous it was hard to pay attention. I was just holding my breath throughout the whole screening.

CT: You’re originally from the Bay Area and had your film selected as the opening night film for CAAMFest. How would you describe the Bay’s support for Jeremy?

EJL: In the Bay Area, we don’t have a lot of industry in general – musicians, actors – famous people of cultural influence. Now, you do with tech, but before that you don’t really have much. When you have someone from our area you can grab on to, someone who represents us not just as Asian Americans but as Bay Area folk, everyone is gonna come out. The support is beautiful in the Bay Area – it’s family and community that’s bonded together. 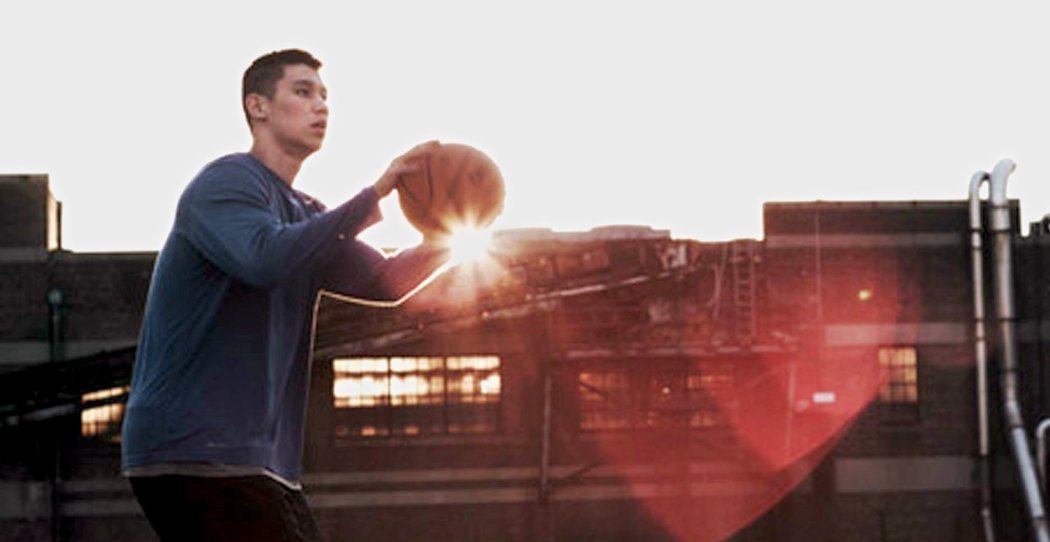 CT: What initially drew you to Jeremy Lin as a subject? Your coverage of him during his college years was illuminating in its candidness that paired well with footage of his rise as a member of the Knicks.

EJL: The biggest thing about Jeremy was when he was in college he was doing a lot of things that were notable and worthy. We don’t have an Asian American dude in college right now dunking on other players or doing – or even starting at point guard – that is what Jeremy was doing. The fact that he was doing that – regardless of him getting into the NBA or not – was incredible. That was inspiration. That was something we wanted documented to the world.

CT: Toward the end of the film, you highlighted the media’s problematic approach to covering and approaching Lin, whether it be in the form of the now infamous “chink in the armor” gaff by ESPN writer Anthony Federico to FOX reporters commenting on the size of his eyes. These types of micro-aggressions are inseparable from the story to his rise. If Linsanity happened today, how would things be different?

EJL: Well, racism in this country still exists. But we’re progressively getting better every year. People have more empathy for other people. But before that – and you can look at certain moments when the tide changed – and you look at these plateaus that we’ve hit. For me it’s Better Luck Tomorrow, Jin MC, Far East Movement – little steps to get to where we need to get to. If Linsanity happened now, they would definitely get more blowback than they did before. But people are gonna still think like that and the only way that it’s changed is how we share stories and narratives that everyone can relate. And with Jeremy and his fans who aren’t Asian, they can relate because the story is universal.

CT: Did you ever, at any point, consider retooling how the media covered Jeremy, including the troubling racial components?

EJL: No, I think we just had to figure how to portray it the right way to justify what it is. We had to show what the moment is and how he dealt with it – and how the world dealt with it too. Making people aware of it is how we enact change. We liked the way it turned out. There’s still so much positivity and hope in his story – what he did and what he was about would overshadow that racist stuff every time.

CT: Despite the obvious focus on basketball, Jeremy’s faith – Christianity – is arguably the most important factor in shaping who he is as a man and a basketball player. You’ve covered Christianity in Asia as a part of his previous documentary 1040 (2010); what about his faith was compelling for you to cover in addition to his talent as a player?

EJL: Well you know he always says he’s Christian first and everything else after that – if he was Buddhist and was that big on his Buddhism, then we’d have to share that. This documentary was a conduit of who he was – the truth – and Christianity was something that he wanted to share since it’s brought him so many good things. The problem with Christianity is that it gets such a bad rep in so many circles of being too much and too overt that when you include it in a film, people are like “Oh no, it’s going to be a religious thing” – but it’s not. For me, you have to stay truthful to your subject, and Jeremy being a devout Christian – you have to stay true to that.

CT: Looking back, what was your goal with this film and do you believe you achieved it?

EJL: I think in the realm of Asian American documentaries, the people I put in these films are people I didn’t get to see growing up. They represent role models and people who look like me – Asian American role models. What happens when you have that and make a role model, you want to inspire the next generation. I wanted to have another way to share his story. If I was eight years old and saw Jeremy Lin, I would think “Hey, maybe I could do that too.” Honestly, I wouldn’t have been tall enough or strong enough or good enough, but maybe there’s an Asian kid out there who has those physical abilities but not the belief that he can. And everything I do is about wanting the next generation to make more art, follow their dreams and do all these things that we do. That is my goal. All my work is to inspire the next generation to believe.

CT: Daniel Dae Kim narrates the film. Why did you choose him to lend his voice to this project?

EJL: My producer Brian Yang who was close to Daniel wanted to help us out. It worked out perfectly because we needed a narrator and who better to narrate our film than a man of Asian descent?

CT: What are you currently working on?

EJL: For me, I’ve finally have made the movie I’ve been working on for the past 10 years. We’re in post-production and editing. It’s a lot different from documentary editing. It stars an Asian American woman as our lead and it’s something that’s different and I feel privileged being able to do it. It’s also my first narrative film. We just gotta finish it first!