For March, we are pleased to provide you a sneak peek of Kirstin Chen's new novel, BURY WHAT WE CANNOT TAKE, out later this month. In the wake of the Communist takeover, a rash action by San San's grandmother and a choice made by her teenage older brother set in motion her family's plan to flee to Hong Kong. There's only one problem: they can only take one of the children with them. This excerpt features the first chapter of the novel, as the children discover what their grandmother has done.

When San San followed her brother inside, she knew something was wrong. The flat was too quiet. Mui Ah, who always met them at the door to take their satchels, was nowhere to be found. Her brother shrugged and dropped his satchel on the floor on his way to the dining room, and San San did the same.

Usually their grandmother would already be seated in the chair closest to the kitchen door, but this afternoon, though the pink pastry box sat on the revolving stand in the center of the table, Grandma’s chair was empty.

Mui Ah emerged from the kitchen with the tea tray. Her eyes were bloodshot, as though she’d rubbed them with her fists.

Mui Ah busied herself with the teapot and cups. “In her room, I think.”

Mui Ah waggled her head, halfway between a nod and a shake, and retreated to the kitchen. San San’s brother lifted the lid of the pastry box, and together they peered in, as though its contents would provide clues. There were the same petits fours that Grandma had Mui Ah purchase daily from the baker who’d apprenticed with a real Frenchman, before all the foreigners had left Drum Wave Islet.

Her brother was pinching out the chocolate éclair when they heard the crash of shattering glass. San San’s hands clapped over her ears, as though compelled by some outside force. The éclair landed on the table with a soft splat. Mui Ah appeared in the kitchen doorway with Cook close behind her.

“I’ll go check,” her brother said, pushing back his chair. “You stay here.”

San San pushed back her chair, too. Twelve years old to her 9, her brother was constantly forbidding her from going places with him and his friends. Sometimes when he was particularly grumpy, he made her follow several paces behind when they walked home from school. This time, however, she wouldn’t let him bully her. She stood and squared her shoulders, and he scowled but said no more.

They tiptoed out of the dining room, through the empty drawing room, and stopped before the study. The sliding door had been pulled almost shut, though not all the way. Inside the room, something thudded to the floor.

Her brother held his finger over his lips, and San San pulled a face. What did he expect her to do? Burst into song? He planted himself before the sliver of space between door and wall, blocking her view. Her nose was running — her grandmother scolded her for always catching cold, as if it were something she could control — and she wiped her nostrils on her sleeve so she wouldn’t have to sniffle. She tugged on the back pocket of her brother’s uniform trousers, and at last he stepped aside.

San San held back a gasp. On the opposite end of the room, Grandma knelt before the framed photograph of Grandpa on the family altar, her face buried in her hands to muffle her sobs. And then San San noticed the shards of glass strewn about the dark walnut floor, the claw and long wooden handle of the hammer partially hidden by Grandma’s skirt. Above Grandpa’s portrait, in the very center of the wall, the Chairman’s gleaming face continued to preside over the room, smiling benevolently at all who gazed upon him, oblivious to the spiderweb of cracks that scarred him.

San San’s fingers brushed the door handle, and then she pulled back her hand. She turned to her brother, but his face was pale, his eyes clouded with worry. He dragged her back to the dining room.

“You’re hurting me,” she said.

When he let go, she saw that his fingertips had left red spots on her skin. She winced dramatically and massaged her forearm.

“Sorry,” he said quietly, even though he no longer had to whisper. He leaned in close. “I need you, please, for once, to listen to me.”

“You didn’t see anything. Neither of us did. Is that clear?”

“We came home from school, and they told us Grandma was resting in her room, and we had our afternoon tea as usual.”

Mui Ah came out with a broom and dustpan. “Does Grandma need help?”

In unison, San San and her brother shouted, “No.”

“Leave her alone,” her brother said. “She’ll call if she needs help.”

Her brother took his seat at the table, and San San did, too, even though she was no longer hungry. He reached for the slightly squashed chocolate éclair, which Mui Ah must have returned to the pastry box, and held it out to San San. “You can have this if you want.”

He’d never once offered up his éclair, and, regardless of her lack of appetite, San San wasn’t about to turn him down. Before he could change his mind, she bit into the crisp chocolate-glazed shell.

She nodded and took another bite. “Thanks, Ah Liam,” she said with her mouth full. As a small child, she hadn’t understood why she was supposed to call him “Gor” — elder brother — when everyone else in the family used his nickname, and, after a while, the grown-ups gave up and stopped correcting her.

Ah Liam lifted out the pear tart that was their least favorite, which they usually left for their mother to eat when she returned from her residents association meetings. He nibbled at the crust.

As much as San San relished her éclair’s spongy, slightly savory pâte à choux and creamy custard, her thoughts remained in the study with Grandma. Could the whole thing have been an accident? Could her grandmother have been aiming for something else? No, the damage San San had seen was purposeful, precise. Grandma must have tottered on her tiny bound feet beneath the weight of the hammer, drawn back her arm until her shoulder strained in its socket and gathered every ounce of her meager strength to smash the Chairman’s sacred face.

San San pushed the last nub of pastry into her mouth and chewed. “Do you think —” she began.

“How should I know?” her brother cut her off. He dropped the mostly uneaten pear tart on his plate and charged to his room.

San San took a sip of tea. She was surprised by his vehemence but not by his words. All her life, her family had skirted her questions, turning away or simply telling her to be quiet. Once, she had asked Grandma why her father couldn’t find a job closer to the islet, like the fathers of her friends. Even before the borders had closed back when she was 3, her father had returned from Hong Kong only a few times a year. Grandma had clicked her tongue against her teeth and said, “No man will marry such a nosy girl,” which, as far as San San could tell, was beside the point.

Another time, after San San’s teacher explained that the Chairman had liberated Chinese women by banning the oppressive practice of taking multiple wives, she asked her mother whether concubines were still allowed in Hong Kong. Ma choked on a mouthful of tea and fled to the kitchen, coughing. Someone changed the subject. San San never got her answer.

She couldn’t conceive of anything that could so anger her wise, unflappable grandmother. Then again, her family came from a long line of landowners and industrialists and capitalists. As she’d learned at school, bourgeois thought processes and behaviors had been bred into her kind through the generations. Could this tainted blood of theirs have somehow muddled Grandma’s brain? Were all of them at risk?

When San San had trouble falling asleep, her grandmother sometimes sat by her bedside, recounting stories of the olden days. Once, Grandma mentioned an exorcism she’d witnessed in the adjacent courtyard. San San’s eyes sprang open, causing Grandma to say, “That’s a story for another time.”

But San San begged and begged until she relented.

“The girl screamed so loud that all us neighbors came to our windows. She thrashed her arms and bared her teeth at the priest like a bloodthirsty wolf. Three grown men had to hold this slip of a thing down.”

“Why?” San San asked, tightening her grip on her grandmother’s arm.

“It wasn’t her fault,” said Grandma. “The demon inhabited her body and controlled her completely.”

San San set down her teacup and hurried to her brother’s room.

Reprinted with permission from Little A. 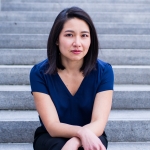 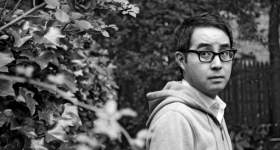 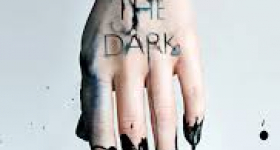 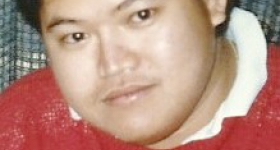