In the lead-up to the midterm elections, Hyphen is profiling a handful of Asian American candidates in key races. Read our coverage of Texas's Gina Ortiz Jones here.

In May of last year, Anita Malik, former Chief Operating Officer of a content technology company, stepped down to run for the U.S. House of Representatives for Arizona’s 6th District. The district went for President Trump in 2016 by a margin of 9.8 points (Trump won Arizona by 3.5 points). Malik faces opposition from four-term Republican incumbent David Schweikert.

Arizona’s 6th district is a suburban, relatively well educated area. According to recent polling data, Schweikert is leading with 50 percent of the votes, while Malik is at 36 percent approval (14 percent of eligible voters in the district are undecided).

Malik’s election would make her the first Indian American woman to represent her majority-white district. Raised by immigrant parents, Malik was born in Kansas City, MO, and moved to Scottsdale, AZ when she was 7. She obtained degrees in both computer information systems and finances from Arizona State University, and after graduating with her master’s in journalism from the University of Southern California, Malik started her career in Arizona’s tech sector, eventually becoming the COO of technology company ClearVoice.

Malik’s campaign priorities are investing in the economy, health care and immigration reform. Her motivations in business changed when she lost her father to cancer in 2003. Since then, Malik’s energy has been focused on creating more balanced workplaces.

“This is an economy where the benefits go to the privileged few while the majority of workers struggle to keep up,” she states in an economic white paper posted on her website. She goes on to support a federally-funded and state-managed social safety net to protect workers, paid parental leave, expanding access to education, and a more robust retirement system.

Schweikert, on the other hand, says on his website that he aims to keep taxes low on business and “keep the government out of the way of job creating businesses.”

Malik has also repeatedly stated in interviews that raising the minimum wage is the most effective way to avoid economic stagnation.

“Income hasn’t kept up with the cost of living out of the most basic version of the American Dream,” she says on her website. “Reports show that working full time at minimum wage isn’t enough to afford rent on a basic apartment anywhere.”

In the same vein, Malik ties together her commitment to universal health care and her plan to strengthen the economy.

“Total health care spending in the United States reached $3.3 trillion a year in 2016,” Malik says in her white paper. “The disparity in cost is due to lacking price standards, insufficient preventive health care, higher pharmaceutical prices and private administration costs.”

She supports transitioning to a single-payer healthcare system alongside coverage expansion for Medicare. According to the U.S. census, in Arizona’s 6th district, 53 percent of nonelderly adults have a pre-existing condition and 50,000 people are at risk because of individual mandate repeal.

Malik is also passionate about campaign finance reform — unlike Schweikert, Malik has pledged not to accept corporate PAC money.

“I’m proud that my campaign reflected a broad, grassroots coalition of Arizonans who came together to support our vision of creating jobs and ensuring the ability of families to work, live and thrive in the 6th Congressional District,” Malik said in a statement on August 31.

Her fellow Democrats seem optimistic about her chances because Schweikert is currently under an ethics investigation for campaign finance violations and misspending of official funds.

Schweikert is combatting these allegations by spending campaign funds — “a whopping $184,655” according to Roll Call. As a member of the tax-writing Ways and Means Committee, Schweikert helped shape the GOP tax overhaul.

Schweikert is running as “Arizona’s conservative” and diverges from Malik on other issues like immigration, women’s reproductive health and 2nd Amendment rights.

Earlier this month, Malik announced plans to trim her campaign schedule due to her husband’s unexpected illness.

“James is a fighter and he is on the right track. He is going to be okay, but there is still a path we must take to get there,” Malik said. She promised she wasn’t surrendering. “I am not going anywhere. I will persist. You have my word.” 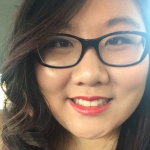 Nancy Huang is a journalist and writer. She is the author of a poetry collection, Favorite Daughter (Write Bloody Publishing). Her work appears in ORANGE Magazine, The Austin-American Statesman, Winter Tangerine Review, and others.