Yakumo, the children miss you.

They bid, “Pleasant dreams, Papa,” to your photograph every night. They say it first in Japanese and then in English, even little Suzuko. I insist upon it.

The butsudan resides in your writing room now. The scent of your pipe tobacco is no longer here, departing after the second autumn without you. It is the fifth autumn now, and as the days grow cooler the bush clovers in the garden are beginning to show their white petals or, as you would say, they are snowing.

I know you think it inappropriate for a family altar, but I have placed the photographs here, yours at the center and foster Grandfather’s and foster Father’s to the left and to the right. In front of foster Father is his preferred wagashi, the small crab-​apple-​shaped one that you were also partial to when we were all in Matsue. It breaks with tradition to offer him a confection every day, but that was his preference in life. But, Yakumo, what is tradition in this novel house of Koizumi? Foster Grandfather has his daily bowl of rice and you your daily bread.

I still order a loaf twice weekly from Takoya, the Occidental restaurant at Shimbashi Station, for Kazuo, Iwao and Kiyoshi. Unlike her elder brothers, Suzuko has not developed a taste for toasts and soft eggs in the mornings. The two younger boys follow Kazuo’s lead in every respect, and he at 15 now has an appetite that astonishes me. Iwao at 12 is growing taller by the day. Kiyoshi at 9 remains my dear one, a tender shoot. Suzuko is 6 and remembers you only as her “photograph Papa.” I tell her that for the first year of her life you called her “Aba, Aba,” followed by kisses on both cheeks. She looks very much like me these days, Yakumo, except that she has your nose. The boys all wear theirs well, and perhaps Suzuko will grow into hers. “If your husband’s nose was good enough for him,” foster Mother reminds me, “then it is good enough for the children.” She misses you too, Yakumo.

I hesitate each time. I know that you disapprove.

Too Western, I can hear you objecting. Too bare on the tongue, as you would say. You prefer that I call you “Husband” or “Papa,” not “Yakumo,” your Japanese true name that took the place of “Lafcadio.”

But Koizumi Yakumo, you are Western, and I, Koizumi Setsu, am Japanese. The children are the sweetest fruits of a grafted tree.

I know you are aware of the occurrences, minor and momentous, that take place underneath the eaves of this house, more so now as your work here is done. It is a great comfort to me all the same to share the household matters with you. I hope that it gives you solace as well.

Tonight, I stand before you, not to confess — because one cannot confess to something that is known — but to ask that you understand why I have been remiss of late. The reason for my nighttime absences, Yakumo, is a story. The story is about Lafcadio Hearn and how he became Koizumi Yakumo. You already know of its first telling, incomplete and rushed, that I sent to your Elizabeth for the pages of her book.

Tonight, these pages that I share with you are the second telling of that story. Their facts you will recognize but, perhaps, not their stings. Before I lock them away, you should know what they have revealed.

Rest assured, Yakumo, there will be a third telling, redacted and final, to take their place. That story will go into the world where it will stand sentry, as I do now, to your memory.

Once the children are asleep, I light the lamp in your writing room and we begin. These lips do not move, nor do yours. We hear each other’s voices all the same. The language that we use — understood nowhere else but within this house of Koizumi — was devised in Matsue, during a winter so cold that it was said that Matsue Castle itself shivered underneath its heavy cloaks of snow.

The frigid winds had blown in from the Sea of Japan, entered the Nakaumi Lagoon, and met there the Ōhashi River and the wide expanse of Lake Shinji, leaving in their wake sheets of ice, glistening pieces of paper floated by the gods. On the first day of the first month of the 24th year of Meiji, I had looked out at the city of my birth, more water than land, and I saw what the poets of long ago had called “a silver world.” On that same day of the first month of 1891, you had looked out at the same city, and you saw a new world, which you insisted was still an old one. How unchanged could Matsue have been, if you were already among us, Yakumo?

Monique Truong is the author of three novels — The Book of Salt; Bitter in the Mouth; and now, The Sweetest Fruits, and her work has been published in 15 countries. Her awards and honors include the PEN/Robert Bingham Fellowship, the New York Public Library Young Lions Award, the Asian American Literary Award and the American Academy of Arts and Letters Rosenthal Family Foundation Award. 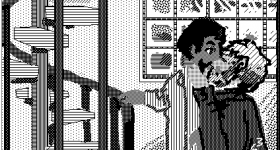 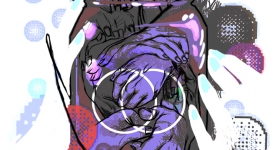