"I often wonder what King Kalākaua would think of today ... How would he understand the observatories, set to study the heavens at the cost of the gods?" Contributor Madelyn McKeague walks us through the history that led to today's fight to protect the sacred site.
Madelyn McKeague
September 4, 2019

This past summer, Mauna Kea — the highest peak in Hawai’i — became international news as protests reignited around the construction of the Thirty Meter Telescope (TMT). The Mauna is regarded as sacred land by Native Hawaiians; it is the birthplace of Hawai'i, the home of the gods and an ancestor in itself. Kia’i, the protectors, have reclaimed the Mauna and plan to defend its sanctity, no matter the cost. In the first month alone, kia’i have enacted rule of kapu aloha, established a school and garnered support from celebrities, politicians, scientists and Hawaiians across the diaspora.

Many from the islands and throughout the world are returning home to help protect and reconnect to the Mauna. Nāpualokelani Kamakele, who lives near Washington, D.C., but hails from Nānākuli, returned to the Mauna in August. She believes that this movement is just the beginning.

“This needs to be the catalyst that causes all Hawaiians to kū and kākoʻo [stand and support],” she said, “This should be the model for how we practice our cultural beliefs and sustain ourselves as Hawaiians going forward.” Though resistance isn’t a new phenomenon, it feels like a watershed moment for indigenous communities.

Life on the Mauna is focused on connecting to the ‘āina, performing ceremonies and chants and sharing knowledge with one another. In Hawai’i, storytelling is done often through mele (song) and hula (dance). Traditions, myths and legends of the gods are handed down from one generation to the next, building and growing but never forgetting our roots. History builds on itself, each new day influenced by the day before, and it’s impossible to know exactly where this story begins.

The tale of TMT dates back a decade, but our struggles stretch back long before the protests of today. This story will start with now and retrace our steps, deconstruct the history and try to understand how we got here today.

(Click here for a text version of this interactive timeline)

The struggle for Mauna Kea has never been a rejection of science or progress. The protests of today are about respect and autonomy, just as they have always been. We know the value of the stars, but aloha ‘āina, the love of the land, cannot be sacrificed for the clouds above it.

I often wonder what King Kalākaua would think of today. How would he see the faded etching of Hawai’i spread throughout the world, captured by plastic neon flower leis and grass skirts and kitschy tikis, a caricature of a tropical paradise? How would he feel about the popularity of Hawai’i, knowing that its acclaim has pushed some of his people away from the ‘āina and into the diaspora? How would he understand the observatories, set to study the heavens at the cost of the gods?

The Hawaiian people are not a monolith; our opinions, influenced by our own personal stories, vary. But collectively, this is our history. We are Mauna Kea.

Madelyn is currently a law student in New York, though her heart remains in Seattle and 'Oahu. She writes most frequently on AAPI issues, women's rights, and health law and policy. @maddymccake 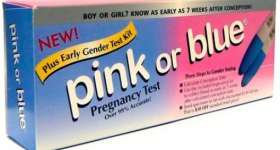