A closer look at the science and evolutionary advantage of Asian flush
Adrien Burch
December 25, 2019

I will never get my mother drunk again.

Once, on vacation, my sister and I thought it would be amusing to order our mom a tropical cocktail. Halfway through her drink — before dinner had even arrived — our mother turned dark red and could barely sit up in her seat. We spent all evening watching over her while she clung to the bed, moaning and asking over and over if the room would ever stop spinning.

Thankfully, I’m a lot more fun to drink with. I can make it through at least one, maybe two drinks before I overheat and switch to seltzer.

But here’s the question: Should I be thankful for my ever-so-slightly increased alcohol tolerance? For those of us with Asian flush, drinking comes with surprising health consequences (more on this later). Even though it might look like I’ve just been for a jog, my tipsy glow is anything but healthy.

Alcohol flush reaction, aka Asian flushing syndrome, aka Asian glow, aka sucks to be me. Why do some (but not all) of us have it? While it’s technically about what happens within our bodies, the origin of this modern inconvenience is tied to the choices and mistakes that shaped our ancestors’ lives. Although we can’t cure Asian flush, we might begrudgingly learn to appreciate it — like a judgmental but well-intentioned relative — by understanding where it’s coming from.

Before I dive into Asian flush, let me start by answering a bonus question: How is it that (most) people are able to tolerate alcohol at all? After all, alcohol is a flammable solvent that’s also a great disinfectant — which sounds like it should belong in the “do not drink” cabinet.

For modern humans, alcohol is optional. It has its own separate aisle in the grocery store, and not even the most corrupt alcohol executive will try to convince you that it could substitute as a food source. But for our hunter-gatherer ancestors, alcohol tolerance might have been the difference between life and death.

Alcohol is formed naturally by microbes, and as food starts to “go bad,” the alcohol content can rise. Living off the land, our ancestors faced constant cycles of food scarcity and abundance — and they couldn’t store their bounties in refrigerators. So for our distant ancestors, alcohol was not a beverage but a food, and they often needed to consume alcoholic food in order to survive until the next bounty.

(If you thought I was going to tell you about how alcoholic beverages used to be safer to drink than water, that was true, but not until much, much more recently. I’m talking about the lifestyle that shaped our evolution hundreds of thousands of years ago. On the other hand, sewage-contaminated drinking water wasn’t a widespread problem until after we’d already tackled agriculture and started living at high densities.)

So that’s why scientists believe humans have the genes necessary for consuming high concentrations of alcohol. But if that’s true, why do so many of us lack this feature today?

Even if your Asian glow makes kombucha off-limits, you can rest confident that your distant ancestors were able to knock back drinks like Vikings. Your DNA has all the genes necessary for a normal alcohol processing experience; they’ve just been compromised by a few pesky mutations.

I won’t bore you with all the details, but here’s a simplified version of the problem. Normally, your liver converts alcohol into “food” by a two-step process: First, Gene #1 (ADH) turns ethanol into acetaldehyde, a nasty toxic intermediate (more on this below). Then, Gene #2 (ALDH) turns toxic acetaldehyde into acetate — a ready source of calories.

Unfortunately, for a large number of us, one or both of these genes can be mutated. In some of us, Gene #1 can become super-powered, which overwhelms Gene #2’s ability to rid your body of toxic acetaldehyde before it causes damage. Even worse, Gene #2 sometimes carries a crippling mutation, meaning that even small amounts of alcohol will result in an uncomfortable (and dangerous) acetaldehyde buildup.

Those of us who react the most negatively to alcohol likely have at least one bad copy of Gene #2, ALDH. This mutation means that, if we do drink alcohol, we run a much greater risk for developing esophageal cancer, as well as a variety of other cancers.

How acetaldehyde harms our bodies

No matter who you are, if you are a heavy drinker, your risk for many types of cancer increases. The main culprit behind this is acetaldehyde.

That’s because this toxic molecule can physically react with your DNA, forming a “DNA adduct”: In other words, if your genetic code is a book, then acetaldehyde is the ink blot that just made it impossible to know whether the detective just told her assistant to “bill” the client or “kill” him. And when that blotted book gets copied — well, the printing press might just have to flip a coin.

The symptoms we recognize as Asian flush are caused by the body’s natural response to acetaldehyde. When levels of this toxic chemical rise — which can happen pretty quickly when you don’t have the right enzymes — your body literally panics and responds by releasing norepinephrine, epinephrine and histamine.

Sometimes, people take Pepcid or other antihistamines in order to beat the “glow.” However, this is not a cure for alcohol intolerance; it’s merely a disguise. An antihistamine slaps handcuffs on your immune system and tells it not to sound the alarm that your body is under attack — even as levels of toxic acetaldehyde start rising in your body.

How did Asian Flush invade a continent?

If you’ve ever taken a genetics class, you were probably taught that genetic mutations are constantly arising — but the bad ones get weeded out fairly quickly. However, alcohol flushing syndrome is pretty much a lose-lose trait in today’s world. Why did these awful mutations gain so much traction in Eastern Asia?

Researchers have been struggling to discover the advantages that come with Asian flush. Here are the top theories:

Chinese alcohol got too strong too fast: More than 12,000 years ago, indulging in a steady stream of alcohol was nearly impossible. However, with the Neolithic period came agriculture, which created an ample supply of grain for brewing alcohol.

Some of the earliest archaeological records of alcohol are from China. Unlike low-alcohol beers of the time, rice wine can naturally reach an insanely high alcohol content of 20 percent or higher. Obviously we have stronger stuff today, but distillation wasn’t invented until much more recently … so rice wine was essentially the bee’s knees 8 or 9 thousand years ago.

When our ancestors started getting super sloshed and falling in ditches, evolution may have stepped in to help keep them in line. If your Asian flush makes you avoid alcohol like the plague, then you may have already guessed what researchers observe: People with Asian flush mutations are way less likely to have a drinking habit. Therefore it might not be surprising that the spread of an alcohol intolerance mutation practically mirrored the spread of rice cultivation across Asia.

Hepatitis B: Also spreading across Asia around this time was hepatitis B, a fluid-transmitted virus that is particularly hard on the liver. People with hepatitis B are strongly advised against drinking — since their livers can only take so much. But without a medical system in place to diagnose and advise them against drinking, our ancestors’ genes might have needed to take action.

Super sexy (to future in-laws): There’s no hard evidence to support this theory, but some people think the “glow” made you a hotter commodity in the ancient arranged marriage scene. Nai-Nai would have nodded approvingly when she saw that bright red puffy face — it was extra insurance that the betrothed wouldn’t waste all their money on booze.

A hidden benefit?: Researchers are still hoping to discover other upsides of these mutations. This could include a slightly decreased risk for ovarian cancer, but the evidence is still lacking.

To drink or not?

If all this cancer talk is bringing you down, I promise I’m not trying to scare you away from drinking alcohol. You don’t have to take a vow of sobriety — I’m certainly not going to. But it’s important to know the risks that come with our choices.

Next time your friend insists that a glass of wine a day is good for your health, you should gently let them know that this “rule” probably doesn’t apply to you. And if your mother says she doesn’t drink … maybe don’t get her drunk.

Although Asian flush can be inconvenient or even embarrassing, it’s no genetic accident. It’s the culmination of hundreds of generations of hard lessons learned by your ancestors. So raise a glass and pour one out in their memory.

Adrien is a scientist, educator, entrepreneur and writer. She received her BS from Yale and PhD from UC Berkeley. 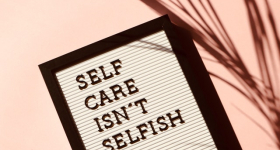 Therapy During Coronavirus? Now Might Be A Good Time 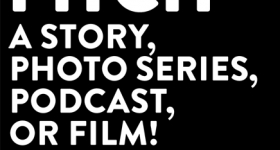 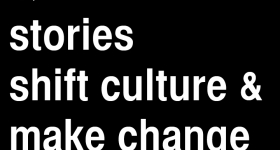