Megha Majumdar’s debut novel A Burning explores narratives of criminality, incarceration and innocence through the experience of a young Muslim woman accused of terrorism in India
Ananya Kumar-Banerjee
June 29, 2020

[Warning: this piece contains spoilers] Megha Majumdar’s debut novel, A Burning, follows three intertwined lives in Kolkata: the protagonist Jivan, a young Muslim woman who lives in a slum; Lovely, a hijra (a third recognized gender in South Asia), who learns English from Jivan; and PT Sir, a teacher at Jivan’s girls’ school. The plot of the novel revolves around the police accusing Jivan of being involved a train bombing. Jivan describes seeing the burning train, but she plays no part in the bombing: “I ought to have seen the men whole stole up to the open windows and threw flaming torches into the halted train. But all I saw were carriages, burning, their doors locked from the outside and dangerously hot.” Lovely and PT Sir are both positioned to exonerate Jivan but fail to do so. In an increasingly violent country that threatens all who supposedly waver in their patriotism, Lovely and PT Sir are driven by their desire for survival.

Initially, Lovely supports Jivan’s attempt to liberate herself through telling her story. Over time, however, she gives in to public perception that Jivan is guilty in order to support her acting career; a movie producer says that she wants to hire Lovely but mentions she’s “concerned” about Lovely’s participation in Jivan’s trial, suggesting that her political involvement could threaten Lovely’s already precarious public palatability. At the same time, PT Sir unintentionally becomes involved with a local political party which demonizes Jivan, despite the circumstantial nature of the evidence against her. Lovely and PT Sir face crises of morality and ultimately surrender. They both feel they need to do so to survive.

The plot of the novel is less concerned with proving Jivan’s guilt or innocence as it is with how religious identity can be a public proxy for criminality and how the characters relate to shame and structural inequality. A Burning draws readers into a complicated conversation about state narratives of criminality, incarceration and innocence.

From the Desi American perspective, criminal justice (and the mass incarceration of Black and brown people) is often treated as an American problem, harkening back to the United States' relationship to the Atlantic Slave Trade, segregation and institutional anti-Blackness. What Majumdar’s text reminds us, however, is that the prison — and police force that necessitates its creation— is a colonial project that existed historically as a global problem. It was a project that arose out of a colonial European interest in forcing incarcerated individuals to (supposedly) rehabilitate themselves and repent for their sins, according to Foucault’s Discipline and Punish: The Birth of the Prison. The system of detention and non-torture punishment that constituted “modern” carceral systems in Western Europe was central to the initial population of colonies in Australia and Georgia. The prison system was also exported to extractive colonies, like India. Scholar-activist Angela Davis notes in her book Are Prisons Obsolete? that “the English prison system was introduced during the second half of the 18th century, when jails were established in regions of Calcutta and Madras.” Notably, the words “jail” and “prison” are used interchangeably in India, suggesting a lack of separation between those that are pretrial and those that are convicted.

When I visit India, locals will often make a point of identifying the prisons to me, though it’s unclear entirely why. (Perhaps, because I am an American, they are pointing to a cultural commonality. Perhaps in their eyes, the prison is a place of pride, which indicates the success of a criminal justice system. Or perhaps it is a vestige of the colonial state that provokes ire.) A Human Rights Watch report from 1991 notes that they were prohibited from entering the prisons despite their numerous efforts to gain access. Human Rights Watch workers did discover, however, evidence of a significant caste-based disparity in the treatment of incarcerated people: incarcerated high-caste individuals experienced a significantly higher quality of life, access to nutrition and clean facilities and security. Implicit in such language is the idea that Dalits (“Untouchables”) would be treated the same as Muslims, especially since those categories are often overlapping.

In Majumdar’s book, Jivan’s incarceration and subsequent execution is a product of a state-sponsored narrative which posits that the mass murder of Muslims is simply par for the course in the process of founding a Hindu nation. Early on in her incarceration, Jivan begs to speak to the press because she believes that being able to tell her story will strengthen her case. “If only I could speak to a newspaper reporter, a TV camera, wouldn’t they understand?” Jivan says to another incarcerated woman, Americandi.

The women who are incarcerated with Jivan, however, do not support her attempts to share her story. At first glance, these women appear cruel and unfeeling; perhaps the reader might even consider them to be an extension of the corrupt state. But in truth, they understand that the system does not work in their favor. They understand that as soon as they enter the prison, they are doomed, regardless of their innocence. This cynicism is not only shared among those inside the prison. Jivan’s mother reflects a similarly skeptical perspective before their move to the slums: “Later, in the quiet of the kitchen after we had eaten, [my mother] said to me, ‘The system doesn’t always work for us. But you can see that, now and then, you can make good things happen for yourself.’ And I thought, only now and then? I thought I would have a better life than that.” Jivan is idealistic to the point of being unaware that her position in Indian society deems her lucky just to survive.

As time goes on, an increasing number of reporters visit the prison and Jivan’s incarceration becomes a PR problem for the prison warden, so he finally lets one journalist inside. As Jivan tells her life story to this journalist, readers see that Jivan is a product of the circumstances produced by an extractive, caste-ist, Islamophobic government. Readers discover that her family was forced to leave their village because a “company wanted to mine the land on which we lived, rich with coal.” Forcing people off their land in pursuit of capital is a common tactic for the national government of India. When Jivan’s father is beaten by a police officer, her family can only afford to see the doctor allocated for the “poor and illiterate.” Jivan and her family’s lack of liquidity, and the ease with which the government kicked them out, tells us that they are not considered to be valuable to the government, which is to say, they are not high caste. Jivan’s religious identity, after all, is what leads the public to feel so comfortable convicting her.

Still, Jivan, like Lovely and PT Sir, is idealistic — perhaps even naive. She believes her guilt or innocence matters. She believes her mercy petition will make its way to a government official’s desk. She believes she will not have to die. But the kind journalist whom she trusts to liberate her only seals her fate. Every moment that Jivan thought outlined her innocence is reframed from the journalist's perspective. For example, when Jivan describes pelting the police with “bombs” of human feces and urine after they remove her family from their village, the journalist assumes that she and her family have been involved with bombings for a long time.

It is worth noting that jivan means life in Hindi, the national language of the Republic of India. Typically, the name is given to men. It is significant that Majumdar should name her female Muslim protagonist after life. No one comes to life’s aid when it is attached to a Muslim identity.

If a people burns, suggests Majumdar, then a nation must, too. Majumdar wants us to know there is no escape. She wants us to look at the country we’ve become part of, recognize that it is a product of us as much as we are a product of it.

She wants us to see what people in India see: a normalized violence, an ongoing genocide conducted by a national government. Perhaps the stakes of this kind of violence is implicit in the title of the book. If a people burns, suggests Majumdar, then a nation must, too. Majumdar wants us to know there is no escape. She wants us to look at the country we’ve become part of, recognize that it is a product of us as much as we are a product of it.

Recently, images of burning have pervaded social media coverage of U.S. protests over the death of George Floyd: the Minneapolis precinct, the NYPD bus in Fort Greene, the stores and buildings flush with oranges and reds in the night as people flood the streets with signs bearing Floyd and Breonna Taylor’s names. While reading A Burning, I couldn’t help but notice how these images parallel those that surfaced during the Citizenship Amendment Act protests in India. The Citizenship Amendment Act was passed in Fall 2019. Members of the Bharatiya Janata Party (BJP) suggest that the Act was created to prevent “illegals” from staying in India (sound familiar?), but in practice, it is used to justify the removal of Muslims from the country. Protests began in early winter of last year and continued well into February 2020, butting up against the national lockdown. In the few I attended with my father, the threat of violence felt much more imminent than at any American protest I had experienced. Both movements share the same motion of arms bearing batons, the same bodies crouched, anticipating a sprint.

Majumdar’s book reminds readers, perhaps particularly Asian American ones, that we all have a stake in the future, regardless of how we may benefit from how our societies currently operate. It’s easy to not pay attention to the violence that is happening in the world. It’s even easier to silo ourselves away from our Black comrades and to ignore that our struggle is a global struggle for liberation that necessitates practicing anti-racism daily: not just retweeting moralisms but also donating, showing up to protests, knowing when to shut up, knowing when to listen, knowing when to learn. If we hope to access a better future, we have to go together. Any privileges Asian Americans have are worthless if we don’t share a liberated future with our Black comrades. We can change. We have to. We have to know that our voices, our hands, our bodies, are part of a future liberated from anti-Blackness. We might take a note from the owner of the now-destroyed Gandhi Mahal in Minneapolis, Minn., Ruhel Islam: “Let my building burn; justice needs to be served.” Like Jivan, Lovely and PT Sir, we are faced with a choice: the easy, silent one or one that is more troubling and painful. As Jivan reminds herself at the end, “I have a voice, I remind myself. This is my voice. It booms. It startles.” 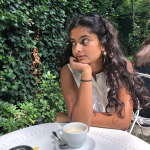 Ananya Kumar-Banerjee is a Ethnicity, Race & Migration major at Yale University. Her work has appeared in Paper Darts, the Yale Literary Magazine, the Indiana Review Online, Autostraddle, and Teen Vogue, among others. An associate editor at Broad Recognition, Ananya has work forthcoming in PANK. In her off hours, you can find her drinking black coffee and listening to the radio. Someday, she hopes to acquire an alarm clock radio. She looks forward to that day. 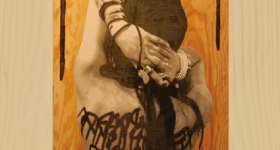 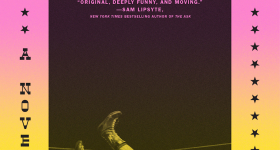 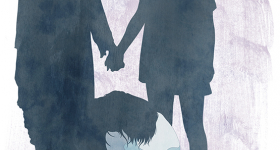