I grew up having soup with almost every meal. My mom knows how to make many kinds of Chinese soups — some take hours to simmer, and some are soups she can put together in 20 minutes. Chief among these soups is her chicken soup. It's both light yet comforting, the way homemade chicken soup always seems to be. It feels nourishing yet not overly rich. When I'm sick or simply when I miss home, I crave this soup. So eventually I asked my mom for the recipe. It was in the course of learning to make this soup that I learned how to break down a whole chicken, something I'd never tried to do before. This recipe, of all the recipes I've tried to learn from my mom, is probably the one Chinese dish I am best at making, and it makes me happy that I can have this bit of home with me whenever I want.

Different from an American chicken soup, which gets its flavor from a bouquet of herbs and a sofrito of carrots, celery and onions, Chinese chicken soup gets its complexity from surprising places — the saltiness of dried seafood, the sweetness of dates or longan fruit. A lot of these dried ingredients, although rare for a typical Western supermarket, can be found in Asian grocery stores and can be stored in a pantry for when you need to use them. The ingredients I throw in tend to vary depending on what I have on hand (I often skip the ham or the lotus seeds and even the fresh vegetables like bamboo shoots), but I ALWAYS include the mushroom, the ginger, one kind of dried seafood and one kind of sweet dried fruit. These are a must. One could probably tip in some rice wine to give the broth an even stronger flavor, but I find that it's not necessary.

I've varied my mom's version — she tends to only boil the soup for an hour or so, which gives her chicken soup a lighter taste. But I like my soups deep and unctious, so I've been known to simmer my broth for 4 to 6 hours. With the addition of noodles, the soup is a hearty meal. And it reheats great the next day!

Lastly: I've tried to do a smaller version of this for when I don't have a large stock pot or don't want to break down a whole chicken. One large, good quality soup chicken thigh, plus any extra bones you might have will work in a smaller Dutch oven! This would probably also work well in an Instant Pot.

Break down the chicken and chop it into small parts. I usually leave everything but the breasts because I find that the thigh meat plus the tenders are more than enough meat for one large pot of chicken soup. If you want a less oily soup, you can take off the skins or trim some of the fat.

If you dislike the brown stuff that comes off of meat and want a clearer broth, you can blanch the chicken carcass in water first for a few minutes, toss out the water and then start from the next step, but I usually skip this step because I'm lazy.

Brown chicken and ginger in a large stock pot lightly. Add a LOT of water to cover. Bring to a boil. Throw in all other ingredients aside from the bamboo shoots and goji berries. Lower to a simmer and just let it boil down slowly over several hours until the broth has the richness you like (but be sure to watch it so it doesn't totally evaporate to nothing!). If it really boils too far down, you can cheat by adding some chicken broth from a can to top it off or even some water (though this will dilute the flavor you've been working hard to cultivate!).

Skim fat off top if you like (or remove skins or bones or other parts you don't like if you're the kind of person who wants to eat soup without worrying about drinking around bone).

When you're about 20 minutes from done, you can put in the additional vegetables (bamboo shoots or winter melon).

If you are adding noodles, now is the time to cook them in a separate pot!

Throw in goji berries a minute or two before serving (to retain the sweetness of the berries).

Ladle soup over noodles if you made them! 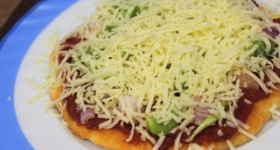 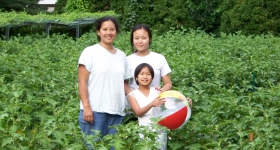