Telling the stories of Chinese American groceries in the South

When Jung Min “Kevin” Kim tells people he grew up in Arkansas, he often gets looks of incredulity. Confusion ensues as he describes his research project: collecting oral histories of Chinese American grocery store owners in the Mississippi and Arkansas Delta. “They say, ‘Wow, aren’t there like two Chinese people in the Delta?’” he says with a laugh.

In fact, Chinese people have been coming to the area since 1869, when Mississippi, Tennessee and Arkansas cotton planters met during Reconstruction to figure out who would work their fields in a post-enslavement era. Their solution? Recruit workers from southern China and San Francisco’s Chinatown. Most of those farm-laboring Chinese left the Delta after their contracts expired, but a few stayed on, opening small grocery stores that served Black clientele who wanted an alternative to commissaries run by former plantation owners.

Kim is a Swarthmore undergraduate who published the oral histories of this pioneering generation of Deep South Chinese Americans in collaboration with the Southern Foodways Alliance, a group of Southern food lovers and researchers based in Oxford, MS.

The group’s members are enthusiastic keepers of Southern food lore and history. Their mission statement acknowledges the painful past of the region and sees shared food customs as a path to cultural redemption: “We set a common table where black and white, rich and poor — all who gather — may consider our history and our future in a spirit of reconciliation.” For the first time, thanks to Kim, the stories of Chinese Americans are included on the group’s online archive of oral histories.

One of the stories Kim recorded is of Luck Wing (“They named me right because I really felt lucky all my life”), whose family owned Wings Cash Store in small-town Jonestown, MS. Wing was born in 1929, grew up in his family’s store and graduated from the University of Mississippi before going on to become a pharmacist and, eventually, mayor of the tiny town of Sledge (population 437, according to the 2009 census). In a thick Mississippi drawl, he waxes nostalgic about the small but tight-knit Chinese community he grew up in, sharing mailed noodles and backyard bok choy and swapping recipes with African American customers. The Southern Foodways Alliance’s website also includes audio slideshows, transcripts and more interviews with Chinese American grocery store owners, old and new.

Kim was drawn to the project after his Korean immigrant family moved from Los Angeles’ Koreatown to Little Rock, AK, when he was 14. Outside of history texts like James Loewen’s Mississippi Chinese, he could find little to explain his experiences in an area that was still heavily racially polarized and visibly unequal. So he started interviewing. “There’s a very vibrant history with a story to be told, and oral history is a great way to tell it,” Kim says.

One way to measure whether Asian Americans have become part of the fabric of the delta after living there for more than 150 years is to look at real estate. In his research, Kim found areas in the South where Asians were permitted to live with whites. However, he says, “The attitude was clear: ‘You are fine to move into our neighborhood, as long as you don’t meddle in politics.’ They felt apart from Delta society and from the caste system that pervades it.”

Food is another gauge of social change. Wing remembers withlamazement when he first saw soy sauce in a Kroger store aisle in Mississippi. His friend Hoover Lee (also a rural Southern Chinese American mayor, of tiny Louise, MS) created a hybrid hoisin-barbecue secret sauce called Hoover Sauce that has a cult following in the region and gives people a little taste of history as well. “If they’re Southern, then some of them know about and remember the Delta Chinese,” thanks to the sauce, Kim says. “If they’re not from the South, they’ll discover this little piece of American history that is not known very well.” 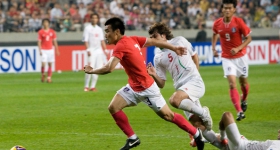