This month’s nonfiction is an excerpt from Darien Hsu Gee’s lyrical memoir, Allegiance (Haliʻa Aloha series, Legacy Isle Publishing, 2020). In this gorgeous narrative of Asian diasporic experiences, Gee explores her Chinese-American identity and themes of belonging. Allegiance is available for purchase here or wherever books are sold.

AT THE AMERICAN CHAMBER OF COMMERCE DINNER IN BEIJING (1995)

We wait for our dinner at linen-draped tables. Side by side, we smile at one another. The woman could be from Iowa or Colorado or Montana or California. Her name might be Evelyn or Florence or Charlotte or Carol. We are in China, a country of one billion Chinese faces. She says, I have lived here for six years, I feel almost local. She sees these faces every day—Chinese people walking along dusty sidewalks, Chinese people working in her home, Chinese people driving her from Point A to Point B. It took a long time to learn their names. She laughs, It’s too easy to mix them up. She gives them American names or truncates their Chinese ones—Johnny, Xiao Hu—or called them by their job titles—sījī for driver, āyí for maid. Her husband works for Shell Oil Company. I am young, twenty-six, Chinese American, born in St. Louis, raised on Wonder Bread and Hershey’s. “But still,” the woman says. She pats me on the arm, leans in close. “Your English is so good.”

What we did was argue first—eat now or eat later? On the train to Chengdu or when we pulled into the station in Taishan? At one stop, I opened the smudged pane window and leaned out, waving a ten-yuan note. What did we get? Steamed buns, chicken, rice, soup? We knew what every dish was called, we knew what to ask for—parsley, pickled vegetables, hot sauce, no egg. We had crumpled bills of five-jiao or ten-fen notes that we tossed into the basket with the others, stood alongside the local Chinese as we waited for our food with feigned impatience, feeling like we belonged.

For street crepes, we knew not to inspect the containers too closely for anything floating in the batter. For noodles, we averted our eyes from vats of steaming but not boiling water that could harbor something most Westerners would try to avoid. We were here for work, the expatriates and me, the token Chinese American. Some of us had better Chinese than others. We delighted in the surprise of the locals—not the sophisticated Beijingers—who shared their smokes and engaged in conversation, their accents so thick we didn’t know what they were saying. We nodded our heads anyway. We bought them beer, made friends for the hour.

We played Uno in the waiting areas of planes, trains, buses. Is it sentimental to say these were the best days of my youth? Roaming the country as if we owned it, knowing full well we were guests that wouldn’t be asked to leave. Not us. We got it. Our travels gave us stories to tell. They made us interesting, worldly, and only occasionally would someone appear who was the “real thing.” American or European, fluent in several languages (English, French, German, Dutch), but especially in Chinese, maybe Mandarin or Cantonese, plus a random but enviable dialect they learned “for fun” like Shanghainese. They were well educated, Ivy League in the US, Oxford or Cambridge in the UK. They were stylish, impeccably dressed, no matter if it was hot or sticky or humid. They exuded an air of affluence and coolness, as if they’d stepped out of a Merchant Ivory film, linen whites rumpled in just the right places. They had better jobs, private cars, a black-suited driver. Designer dress bags or roll-on suitcases that mysteriously fit all their amazing clothes and polished shoes.

They had fiancés, an apartment paid for by the company, a vacation planned in Bali (Four Seasons Jimbaran Bay or Amandari). A provincial part-time villa in Europe, an annual ski trip in the Alps. They always looked good, never beaten down from this country because they were just flying in for a bit— we were the suckers on the ground. They would give us backhanded compliments. “It’s amazing what you do—I could never live here full-time. I’m just not built that way.” How were we built? What kind of animals were we?

You could see our cracks if you looked close. We didn’t negotiate low enough at the silk market, we were taken for a ride with the fake antiques. Sometimes we pushed into crowds and felt utterly alone. The workmen in our apartment buildings were slow to fix our showers/stoves/heaters. Why should they be at the beck and call of these young foreigners? Still, we always found a way. We showered at the gym, grabbed breakfast on the way to work, dinner on the way home from the office. We could layer up in the winter—Ralph Lauren or Burberry knock-offs were cheap and looked like the real thing. We could do this like no one else, bask in our own fame and fortune, tell ourselves, this is the life. We were young. We had nothing to lose.

At the airport, I look at my passport, check my wallet for money, see both USD and RMB. In front of me, a wall of Chinese faces and above them a sign, Beijing Welcomes You. People squeeze into any empty space, stand pressed behind an uninterested guard who seems no more than seventeen years of age. A white couple walks by and the crowd comes to life, signboards at attention for a “Mr. Benn” or “Motorola Co” or “Great Wall Sheraton Hotel.” Men with smoky voices point to the darkness outside, grasp an invisible steering wheel, pretend to drive. Taxi, you want taxi?

Felicity is from the UK, grimaces at the porridge in front of us. It tastes bland, like paste. I reach for the pickled cabbage with my chopsticks. Felicity shakes her head, wipes the rim of her teacup with a tissue. “I don’t know how you can eat that,” she says. “It must be in your genes.”

My boss lives in Building 3 in the diplomatic compound. With the strap of my briefcase slung across my body, I inch forward, know my business suit does not fool the guard. He stares straight ahead, expressionless, but as I am about to pass, he steps in front of me with his rifle. He barks in Chinese that I am not allowed inside. Anger bubbles up, words spilling from my mouth in clear, privileged asshole English. “I’m American!” I wave my passport in his face. The guard is quick to apologize, confusion on his face. I breeze past him then slow with each step, feeling as if I have left something at the gate.

After introductions, the government official in charge of the project reads my business card, printed on one side in Chinese, the other in English. “Where are your parents from?” he asks me in Mandarin. I tell him their home provinces, hoping he will be impressed with what I know. He stares at me hard. “You act so American, you should be ashamed. You are Chinese!” My American colleagues shuffle around, wanting to know what he said.

On a long-distance call from New York, my cousin says, “Come on, I’m paying for this call. Speak some Chinese.” I offer a few phrases. How much for those slippers? Where is the toilet? I’m a vegetarian. He laughs at my Americanized accent. “My Chinese is better than yours, and I’ve never even been there!” His voice breaks up over the telephone line.

The client is frustrated, complains about the Chinese workers in his office in Wuxi. They’re lazy, he tells me. They want salaries like expats. The women even get paid time off for having their period! I listen and nod, keep it professional. When he leaves, I am surrounded by the local girls in my office, mostly secretaries, who giggle and loop their arms through mine. They lead me to the food court, asking questions in slow, careful English, about America and will I write them when I leave.

One Sunday in May, I wander around Tiananmen Square, watching people fly kites. I look up at the sky and see colorful dragons and solemn Mandarin officers, attacking owls and hawks. Everyone is out today, playing with their one child, and somehow I get swept up in a crowd running to catch a bus. They push and pull, not caring if I am Chinese or American or both or neither.

At the airport, I look at my passport, check my wallet for money, see both USD and RMB. In front of me, a wall of Chinese faces. People squeeze into any empty space, stand pressed behind an uninterested guard who seems no more than seventeen years of age. They wave goodbye to friends and relatives, calling out, Yīlù shùnfēng — travel well with the wind behind you. They watch me as I gather my things, waiting to see where I will go.

Qingdao, China. I try to see myself in their faces, these relatives on my mother’s side whom I have never met and will probably never see again. My Chinese is embarrassing and they don’t speak English—I forget names within seconds, syllables and tones snagged on the rugged banks of my mind like lichen lining the stone canals. One of the relatives is a local magistrate, finely dressed, tall and important-looking, not impressed by me or my Chinese-American family. He is the host of this very expensive multi-course meal in the private dining room of a government building in China—he will be the first to leave. The facts of our lives are offered, my mother introducing each member of my family. This is my son-in-law—he has a golf academy. This is my daughter, she is a writer. This is their daughter and their two sons. Later, when someone calls my children by their Chinese names, they don’t respond—they don’t know yet who they are. When lunch ends, I open a book purchased at the local bookshop. Qingdao Old Constructions, Pen-and-Ink Drawings—sketches of buildings, residences, villas, consulates, the old post office, the library. Everyone signs their name. Years later, this is all I will have left of them, signatures of lives that intersect, just barely, my own.

All pieces excerpted with permission from Allegiance by Darien Hsu Gee (Haliʻa Aloha series, Legacy Isle Publishing). Earlier versions of the following two pieces were previously published: “At the American Chamber of Commerce Dinner in Beijing (1995)” in the Columbia Journal, and “Banquet” in CALYX Journal, as well as the poetry chapbook, Other Small Histories, published by the Poetry Society of America.

Darien Hsu Gee is the author of five novels published by Penguin Random House that have been translated into eleven languages. She won the 2019 Poetry Society of America’s Chapbook Fellowship award for Other Small Histories and the 2015 Hawai‘i Book Publishers’ Ka Palapala Poʻokela Award of Excellence for Writing the Hawai‘i Memoir. She is the recipient of a Sustainable Arts Foundation grant and a Vermont Studio Center fellowship. Gee holds a B.A. from Rice University and an M.F.A. from the Rainier Writing Workshop at Pacific Lutheran University. 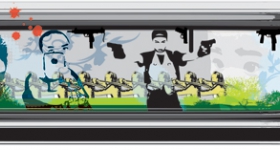 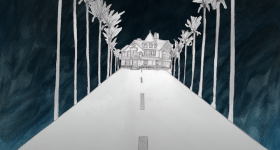 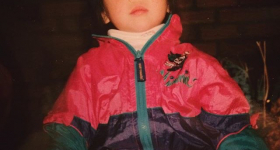 MARCH NON-FICTION: "WHY I HATED MY CHINESE EYES GROWING UP (BUT LOVE THEM NOW)"