An essay collection that catalogs all the things that can combust us: relationships, art, sex, drugs and heartache
Emily Villanueva
May 22, 2021

This spring, I fell into the pit of a(nother) major depressive episode. Listless, numb and bored of this past year’s never-ending parade of despair, I felt that familiar instinct to run: to do something, go anywhere, be anyone but myself. Or as Larissa Pham puts it in her provocative new essay collection, Pop Song: “It doesn’t matter where I’m going, only that I’m going, and that, eventually, I hope to be gone — winked out of my troubles, my responsibilities, my everyday existence.”

Honestly, who hasn’t felt like this (especially during the pandemic)? When COVID-19 hit its peak and the political climate was at its tensest, the air felt truly … combustible. Pop Song, released in May 2021, is a catalog of all the things that can combust us: relationships, art, sex, drugs, heartache.

Reading Pham feels like scrolling through classic Tumblr (a post-Facebook, pre-Instagram microblogging website founded in 2007). She has the unselfconscious, unsure, divulging style of early-aughts internet sites that monetized the bleeding-heart confessional at a time when being unfiltered was a rarity. However, she proves far more sophisticated than these posts as she experiments with style and weaves in probing commentary on everything from Frank Ocean’s Blonde album to the experimental essays of American poet Brian Blanchfield.

In her first essay, “On Running,” Pham establishes herself as an escapist, a runner both literally and figuratively. Motivated by a hazy instinct to exhaust herself into nothingness, she sprints under the New Haven night sky, savoring the “beauty in its pure egalitarian punishment.” What she’s really seeking is a rupture, a before-and-after, something to inject significance and richness into a restlessness she has yet to understand. This sets the tone for the rest of the book, which shows her flitting from city to city, inflating and deflating herself to the rhythm of every potential new start.

What are women, Pham asks, if not those who carry the pain of the world even when they get chastised for their passion.

She flirts with this feeling throughout the essay, surrendering to her partner, amassing bruises as raw proof of a life thoroughly excavated. It can be difficult to write about sexual power dynamics in a way that’s not overripe, but Pham approaches the subject with both scrutiny and softness. Mostly, she turns her gaze on other women in history who sought oblivion through idealized suffering, like Saint Gemma, who starved and flagellated herself, or the photographer Francesca Woodman, who shot haunting portraits of the female figure and committed suicide by jumping out a window. What are artists, if not people brave enough to make portfolios out of personal agonies. What are women, Pham asks, if not those who carry the pain of the world even when they get chastised for their passion. “Here I was, a wild thing,” she writes. “I had experienced something, and that experience had become visible. Look at it! (How often does this simply mean, look at me!).” It can be dangerous to aestheticize pain (she does say that she regrets doing this at one point). But for many, it is the only way to cope.

I read “Body of Work” in March, a few days after a white man in Atlanta killed six Asian women because he saw them as enablers in his sex addiction, temptresses who were the reason for his “fall from God.” It was powerful to read something that acknowledged not only the misogyny of this crime, but the racial motivation so many refused to admit. Almost every BDSM experience Pham has is tainted by her being Asian American and the type of men who view black, brown and yellow bodies like ethnic food: a cheap, imported commodity not worth paying full price. And unfortunately, it’s become our jobs as Asian American women to simultaneously combat that abjection while dismantling our own internalization of it.

Not every essay revolves around Pham’s complicated relationship with suffering, though. She experiences clarity in the sculpted, sunset-hued mesas of Taos, New Mexico, famous for being the later-in-life home to painters Agnes Martin and Georgia O’Keefe. The first time she goes to Taos is to get away from her emotionally taxing job monitoring the news for an anti-violence nonprofit. “The only solution,” she writes, “seemed to be to run as far as possible from my current life, which is also the only solution that ever occurs to me.”

Once there, she is inspired, albeit stuck in that liminal “space between staying and leaving.” She is engulfed in beauty, in the turquoise Tao sky, but frets over the impossibility of capturing or translating it in her artwork. She relieves herself of the world’s volatility but encourages volatility in her personal relationships. Most of all, she yearns to be inside the mind of a distant lover, but her active pining forces her to lose all perspective. That’s the problem with longing, though: it’s hard to see what surrounds you if your face is so smushed up against the window that you’re blinded by your own breath’s condensation. There is so much beauty in the periphery. And there is so much you no matter where you try to escape.

The second time she goes to Taos for a writing residency is different. Through an eclectic list of creative influences (or guardian spirits, as the writer Austin Kleon calls them), Pham reflects on her anxieties about creating art and intimacy, which are often intertwined. It is in Bruce Nauman’s videos and Jenny Saville’s drawings, Cy Twombly’s paintings and even a YouTube video of a purehearted Stevie Nicks performance that Pham finds peace both in her perpetual discontent and in the inevitable failures of pursuing closeness.

In her essay “What We Say Without Saying,” she muses on an Agnes Martin painting. “In Summer, Martin has captured the longing I feel when I think of the blue of distances I cannot close, and in putting it somewhere I can see it, she closes that distance,” she writes. “Somewhere in there, too: a little joy, tempering all that wanting.” This is the power of art, she’s saying. It can palliate the pain of longing, of loneliness, of being misunderstood or abjectified as Pham puts it. Art, in its abstraction, creates a vessel for us to pour our own feelings into. And it can prevail even when words prove insufficient. While working on this very book, she reflects:

"Provisionally, it was to be a catalog of intimacies — the closenesses, the small things, the tiny accretions on the surface of a relationship that not only built a relationship but gave it its texture. It felt tautological, but it was the intimacies that let us know we were intimate — the way we became close to each other. I was intrigued by the phenomena, so separate and articulable, by how the emotional language I found myself developing so often seemed to be shared with others. The universal and the particular."

Defining and communicating our emotions is difficult. But while the perfect shade of sky blue can never encapsulate the depth and infinity of the heavens beyond, it is still our noble purpose to try and capture it anyway. Because sometimes, the attempt is enough.

In the lurch of new love, it is easy to get lost. Everyone knows the feeling of wanting what evades you; what is youth, after all, but intense yearning for something you’ve yet to actually experience. Pop Song is an electric exploration of this emotion. It is about the art of feeling and the feelings art provokes. It is about the ways we are destroyed or seek to destroy ourselves, and how we reconstruct ourselves the morning after the demolition. Ultimately, it is about the most important intimate relationship we have — our relationship with ourselves — and the ironic way turning inward actually expands us through self-revelation and reconciliation. Only by confronting our fumbled attempts and messily “scrabbling for sentiment” (so often immortalized in the best pop songs) can we come to understand each other and ourselves.

Emily Villanueva is a writer and Books Editor for Hyphen. Previously, she worked as a literacy teacher and perfume maker.  Her food writing has featured in Foodbeast and Locale Magazine, and her debut poetry collection “Quarantine Haikus” will be published in fall 2021. Visit her here. 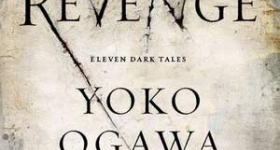