The story of a Vietnamese community in America amidst its pain and joy
Cathy Duong
May 10, 2021

Things We Lost to the Water weaves together the voices of the Vietnamese mother and child, of first-generation and second-generation immigrants, into a powerful tale of healing and finding one’s identity after displacement by war. This debut novel by Vietnamese American writer Eric Nguyen follows Huong, a young mother who must raise her two sons, Tuan and Binh, in New Orleans after escaping Vietnam by boat. The family is haunted by an absent husband and father, Cong, who did not escape with them. Huong, Tuan and Ben (Binh’s American name) alternate in narrating their story. Things We Lost to the Water begins with the family’s arrival in New Orleans in 1978 and ends with the devastation of Hurricane Katrina in 2005 — when they must rebuild their homes and lives in America, again. Readers witness them grapple with their fears, trauma and longing as they live as refugees sponsored by the Catholic Church alongside other Vietnamese immigrants in the city.

After the end of the Vietnam War in 1975, many South Vietnamese people escaped by boat and arrived in refugee camps, awaiting resettlement. Many of these refugees were Catholic who feared for their lives under the communist regime, given the hostility between communists and Catholics in Vietnamese history. The Catholic Church in the United States helped resettle many Vietnamese families, regardless of their religious affiliation. Nguyen both takes up and complicates this story through the lens of Huong’s experience by exploring the humble beginnings of how Vietnamese Catholics established a community center in New Orleans. But from the start, Huong refused to give her blind gratitude to the Catholic Church, who sponsored her immigration to America. She believed that the priest who helped her “lived to serve not humanity but his ideas and careers. In that way, she thought, Catholics were not too dissimilar from the Communists.”

Huong is traumatized by the way her husband, Cong, dramatically changed after returning from the communist reeducation camps after the war. After enduring months of torture, her husband became paranoid and erratic, and he was unable to step onto the boat to escape Vietnam with Huong. To protect her sons from being corrupted by other people’s ideologies, Huong bans them from playing with the other Vietnamese Catholic kids in the Versailles Arms apartments. She even forcibly drags Ben out when he goes to the local Vietnamese church for the first time. While Huong’s trauma does not excuse her from overcontrolling her sons, her narration helps us realize what desperately motivates her actions. She believes that her husband — if he were to reunite with them again in America — would be ashamed to know that their sons wanted to follow another ideology. After all, they had lost so much in Vietnam to the ideology of communism. But this further strains her relationship with her children as they question why they must consider a father who is not part of their lives anymore.

Through the experience of Huong’s first son, Tuan, Nguyen explores the 1.5 generation’s precarious connection to the motherland. Tuan spent the earliest years of his childhood in Vietnam with his parents until the war displaced them. Still a child, he escaped with his mother to America, making him part of the 1.5 generation that feels displaced, unsure whether they can ever be American or Vietnamese enough. As Tuan gets older, he becomes drawn to The Southern Boyz, a local Vietnamese gang named after The Southern Force in Vietnam, which formed their own militia to protect women and children against the communists. Tuan is quickly recruited into the “family”; their leader Quang, also of the 1.5 generation, never calls them a gang. But when Tuan tries to claim the history of The Southern Force as his own and tells this to Vinh, a man who meets Huong and ends up staying with their family, Vinh dismisses him. Vinh, who had been a South Vietnamese soldier, says, “Those boys don’t know anything. You want to know the real story of Vietnam.” Tuan insists he already does, but Vinh has the final word: “But you don’t.”

The few conversations that Tuan has with Vinh ultimately shape how he reconciles with the war that affected his family. We realize that Tuan has matured when his younger brother Ben comes to him after fighting with their mom about hiding the fact that their father could still be alive. When Ben asks why Tuan isn’t angry about it, Tuan replies: “I don’t go into people’s business. I’m over that … I don’t question anybody anything. Everyone has to make choices. Sometimes there’re only bad choices, all of them, each way you look it’s a sea of bad choices, and we just have to pick one, the best one, or maybe just any one.” When Ben, frustrated, claims that Tuan just doesn’t get it, Tuan echoes what Vinh had said to him: “There was a war. You don’t understand.”

Throughout the novel, Ben, the younger son, lives out the story that only the second generation can experience. After college, Ben moves to Paris to spend a few years writing. As we see him quickly become disillusioned with the city, we learn about another reason why he chose to come here:

The reason he wanted to go to Paris was to know more about his father, a French literature professor, to connect with him in some deep way. But going, he knew then, would not get him what he wanted. As the flight attendant scanned his ticket, he told himself he was wrong for thinking this — wrong and stupid — and boarded the plane.

Ben knew from the beginning that his new connection with Paris will never be able to fill in for the absence of a father. Still, Paris now offers him an opportunity to be the author of his own story. He is not caught in his father’s memories of Paris, or his mother’s escape to America. In Paris, Ben has the agency to locate himself. Ben reflects:

In New Orleans, he couldn’t have explained how he and his family got there. There was a boat, a wind led them this way, and, like pilgrims, they settled. Here, in Paris, there was some choice in the matter. It was not a familial myth … His immigration to Paris was a story made of flesh and bones written by himself, and no matter how horrible things turned out, he was the one who wrote it.

It is in starting anew, away from family and his former home, that Ben reconciles with his family’s inaccessible past.

For second generation Vietnamese Americans like me, Nguyen’s debut novel offers a more complex narrative of the stories our elders told us growing up. It is also a portrait of ourselves: our dreams, our angst, our confusion as young people who don’t exactly know how to connect with the motherland. The novel begins and ends with Huong at the center; we never lose her or forget what she’s been through in Vietnam and America as she ages across the novel’s 30 year span. When Hurricane Katrina hits and an emergency helicopter arrives to rescue Huong from a rooftop of the flooded New Orleans, Huong overcomes her fear of leaving others behind. She learns to move forward even when she doesn’t have her loved ones — her husband, her sons — by her side. She trusts that they are headed somewhere too. I hope that when the younger Vietnamese generation reads this novel, they will feel the same empathy and connection they felt with Huong towards their elders, the generation that came before them. Things We Lost to the Water thoughtfully and thoroughly reconstructs the story of a Vietnamese community in America in all its pain, distrust and joy. 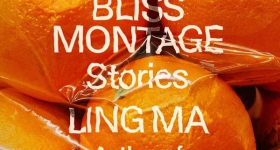