An elegy that attempts to capture the life a mother led
Jasmine Liu
June 14, 2021

I was skeptical when I first heard that Michelle Zauner, popularly known as the recording artist Japanese Breakfast, was writing a memoir. Songs from Soft Sounds from Another Planet, her 2017 album, made regular appearances on Spotify playlists in my sophomore year of college. In part, I was skeptical because I hated that sophomoric version of myself. In equal parts, I felt anticipatory dread reading a musician’s foray into memoir-writing.

More substantively, my skepticism could be attributed to the virality of “Crying in H Mart,” the first chapter of her book—which was originally published as an essay in The New Yorker in 2018. In it, H Mart, the beloved nationwide Korean American supermarket, is her memory palace: dumpling skins, ppeongtwigi (“little rice-cake Frisbees”) and seafood noodles are all triggers for moments she once shared with her mother, who passed away when she was only 25. H Mart is a “beautiful, holy place” for Zauner. “In the H Mart food court, I find myself again, searching for the first chapter of the story I want to tell about my mother,” she writes. She beckons her muse for inspiration—and she’s a grocery store. I liked the essay, but I caught myself wondering if it would not be better as a ballad. The title of the essay — “Crying in H Mart” — practically begged to be belted out, and I obstinately wished for her to stay just a musician.

And I was also skeptical of an Asian American woman writing about food and cultural authenticity. It recalled heaps of personal essays I had read and written too about mothers, ethnic home cooking and nostalgia in creative writing workshops. Those essays were sentimental. But worse, they culminated in fastening the associations between cooking, motherhood, cultural connection and the domestic sphere. The genre was not malicious, but it started to appear disempowering and flattening to me. It re-confined mothers to the home and the motherland, and subjugated her to a caretaking role. Writing about mothers, food and culture began to feel like a trap.

The second chapter of Zauner’s memoir is entitled “Save Your Tears.” It comes from a saying that her mother used to trumpet whenever Zauner cried in childhood: “Save your tears for when your mother dies.” Between her mother’s merciless rebukes of her when she twists her ankle and her various stringent rules, Zauner characterizes her relationship with her mother as ambivalent even at an early age. That ambivalence never goes away; if anything, it manifests in more contentious and consequential ways as Zauner matures, as mother-daughter relationships are apt to do. Whereas the first chapter reads like an indie music video — visually stunning and “a mood” but prone to the pitfalls of Asian American memoir — the very next chapter is comparatively modest, aesthetically unremarkable even. It’s dressed down, and it’s a foray into the possibilities of a new artistic medium.

Her mother’s expectations are exacting and demanding, and as a child, Zauner is either always rebelling or conversely, seeking to win her mother’s approval. At this point in the narrative, food enters the picture—neither as a field of untroubled neutrality nor as an object of uncomplicated, maternal love, but as the utmost representation of her mother’s expectations of excellence. Zauner writes about food like it is a fine art because it held that place in her family’s life. She wasn’t raised amidst shelves of literature or records at home, kept culturally up-to-date with season tickets to the theater and ballet, or inculcated with detailed knowledge of family-favored film directors and authors. “But my parents were worldly in their own ways,” she says, and by the time this sentence appears, this fact is already patently clear to the reader. Zauner grows up eating a stunning variety of foods — one time her mother counts among the haul from just one trip to the fish market “abalone, scallops, sea cucumber, amberjack, octopus and king crab” — but even more, she grows up with a distinct sensibility around food, one which she learns from her mother’s convictions. “She believed food should be enjoyed and that it was more of a waste to expand your stomach than to keep eating when you were full. Her only rule was that you had to try everything once,” Zauner recounts. “We were particular about eating,” she says, and adds, “the concept of prepping meals for the week was a ludicrous affront to our lifestyle.” Her mother care manifests in particular habits and convictions, each which contain her distinct statement on how life should be lived.

A different kind of triangulation between a mother, a daughter, and food emerges: one in which food is not a mute, docile ornament (often much like the mother herself), but instead a rather lively contributor who loves, challenges, frustrates, and shows off in its own right.

Zauner absorbs from her mother’s eating philosophy that dinner is an arena for courage and audacity, traits that will endow her with a “refined palette.” She is eager to prove herself a heroine — especially to a mother who is not easily impressed. She becomes adept at breaking down lobsters and gains an appreciation for steak tartare, fish intestines and pâté, all well before puberty hits. Food is not an unequivocal comfort; it’s actually something she has to reckon with. The relationship Zauner develops with her mother through food (and with food through her mother) is an artifact she psychoanalyzes, inasmuch as her desire to excel in culinary adventurousness is a reaction to her mother’s emotional austerity. A different kind of triangulation between a mother, a daughter, and food emerges: one in which food is not a mute, docile ornament (often much like the mother herself), but instead a rather lively contributor who loves, challenges, frustrates, and shows off in its own right.

Zauner’s descriptions of food are delectable. As a child, she dazzles her mother by “intuitively dipping a whole raw pepper into ssamjang paste,” a thick paste that mixes fermented bean with gochujang, an iconic savory sweet chili paste in Korean cuisine. “It was a poetic combination, to reunite something in its raw form with its twice-dead cousin,” Zauner comments wryly. When she returns home from college for the first time, she marvels at steamed rice, “the cooker having imbued each kernel with textural autonomy.” When Zauner begins cooking after her mother’s death as a form of therapy, she describes the dishes she makes as “mostly the kind of food you could crawl into and that required sleeping off. The kind you’d order on death row.” Her writing is dashed with conversational wit, humor and literary flair; it shows how food can be just as expressive as language. Zauner comes to give cooking its due by describing it as a humanistic enterprise—a world of difference from the sentiment conveyed by Mother’s Day cards filled with words of appreciation for homey meals. The former understands that our attitudes making and eating good food amount to a stance toward life — an art.

Her mother’s dying days, which are cataloged unflinchingly later in the book, are excruciatingly ruthless because she is robbed of her capacity to enjoy food and to be alive in a meaningful sense. Food not only provides solace but challenges Zauner to preserve and create from the depths of her grief. Reflecting on the fermentation of kimchi, Zauner realizes that it is wrong to think of the process as “controlled death.” Rather, it is a “transmutation.” She resolves to cultivate her memories:

“The memories I had stored, I could not let fester. Could not let trauma infiltrate and spread, to spoil and render them useless. They were moments to be tended. The culture we shared was active, effervescent in my gut and in my genes, and I had to seize it, foster it so it did not die in me. So that I could pass it on someday. The lessons she imparted, the proof of her life lived on in me, in my every move and deed. I was what she left behind. If I could not be with my mother, I would be her.”

The greatest source of tension between Zauner's mother and herself over the years was her choice to pursue a career in music, one which floundered while her mother was alive. Yet it wouldn’t be a stretch to say that her mother’s ardor for good food — “to make it, to seek it, to share it” — contributed in some measure to Zauner’s creative pursuits. Crying in H Mart is an elegy, one in which Zauner attempts to capture the life her mother led. “How cyclical and bittersweet for a child to retrace the image of their mother,” she reflects near the end of the memoir. But it is also a book that narrates her own coming-of-age — her mother’s passing is especially cruel because it coincides with the beginning of her own adult life. Zauner and her mother are able to find beauty in this fact; on a whim, Zauner decides to marry her boyfriend, and she spends some of her final days with her mother planning her wedding. Neither Zauner nor her mother are religious. But after her mother passes, Zauner’s career takes off — her record gets noticed, she begins touring with her band internationally, and she pens an award-winning essay — and Zauner can’t help thinking that her mother has somehow blessed her with success. Still, with each achievement, she wishes her mother could be there to see her.

This duality of joy and grief rests at the heart of her memoir, embedding itself even into its title. H Mart, a Korean American supermarket chain littered across America, is “freedom from the single-aisle ‘ethnic’ section in regular grocery stores,” Zauner explains in the opening paragraph. Yet the freedom and joy that H Mart entails is what is so painful for Zauner, because it reminds her of all those daily culinary pleasures that she was introduced to by her mother. Loss inflects Zauner’s experiences of both joy and grief with their opposite.

Eating, unlike many other human activities, is routine; it is literally vital, and cannot be avoided for any prolonged length of time. Zauner’s joy is inextricable from her grief because her mother is a part of her. Her recognition of this fact, and her commitment to always commemorate the part of her that she owes to her mother, makes her memoir poignantly dignified. Yet what her mother has left her constitutes so much more than survival: a love for vibrant foods — foods that suit every mood and which pay their respects to the infinite varieties of life on this planet.

Zauner’s memoir fulfills her promise to ferment and transmute her mother’s life, thereby granting her a new one on the page. I see pieces of my mother in her mother, and I hear the plea she makes in the first chapter to a boy whose mother is pestering him with eating instructions at the food court: “I want to tell him how much I miss my mother. How he should be kind to his mom, remember that life is fragile and she could be gone at any moment.” Zauner accomplishes another kind of fermentation, too, combining common ingredients—love, grief, motherhood, Asian American identity, and food—and letting them react in a new, organic way. 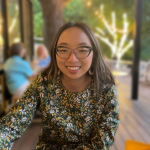 Jasmine Liu is a writer and journalist from the San Francisco Bay Area who comments on literature in translation, contemporary art, classical music, and more. More of her work is available at her website. 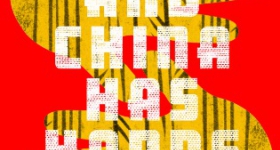