Daniel Park, co-founder and CCO of Transparent Arts, has another feather to add to his cap: K-drama TV producer.

I recently sat down with Daniel, who stopped by the podcast to discuss his role as a producer on Idol: The Coup, a 12-episode drama series which is currently streaming worldwide on iQIYI. The drama is unique in premise due to its specific focus on a failing K-pop girl group who must band together to produce one more hit in the face of numerous professional and personal challenges. The series has garnered acclaim for its honest take on issues such as mental health within the K-pop industry and features a cast of former and current K-idols, including Exy (formerly of WJSN) and Ahn Sol-Bin (currently of Laboum).

Despite lean-in from former and current idols who lend their talents to the show, Daniel stressed that Idol departs from traditional Korean dramatic fare. “In a way, it’s not really about K-pop. It’s about the human condition. My writer (Jung Yoon-Jung) said it best: ‘The one message I hope to get across with a show like this is that so many people in Korea live their whole lives toward a single goal … what happens to those people who never get there? So many people feel hopeless, like their life is over.’ She wanted to make a show where the message is it’s okay if you don’t get there. Life can go on, and there’s many different ways you can pivot,” he said.

The creative team for Idol includes writer Jung Yoon-Jung (Miseang) and director No Jung-Chan (The War of Flowers). Charles Chu, writer-director of Chu & Blossom, developed the series alongside Park.

With the ubiquity of K-pop reaching every corner of the music market in recent years, the demand for engaging content feels insatiable. Park believed shows as accessible as Idol still have room to take on challenging subjects. “Another topic that the show touches upon that’s not really K-pop specific is that you’ll notice that our lead is not a boy band — it’s a girl group. That POV shows issues that are specific to females in Korea or entertainment in general,” he said.

He expanded how the show’s empathetic lens highlighting the complex psychological pressures facing young Korean women, from invasive beauty standards to misogynistic industry interactions that he hopes elevate the show above melodrama. There is a compassionate honesty to watching a K-drama like Idol; the creators and stars are well-versed with all the familiar (and understandably addicting) trappings of the genre, but in a departure, consciously avoiding the tropes to share an emotionally-affecting human story —  it just so happens to be featuring K-idols.

“My whole thing was I didn’t wanna make something for the sake of it, as much of these issues that we wanted to push, I want to push it tastefully, going to areas that have been a little bit taboo in the past, and I think the writer, director and our cast executed it in a very well-balanced way.”

You can check out my full conversation with Daniel on the Hyphen in Hollywood podcast below.

“Hyphen in Hollywood” is an entertainment podcast produced by Christian Ting, featuring candid conversations with up-and-coming and established talent from all corners of the entertainment globe.
The podcast series is available on Spotify, Apple Podcasts, and on most available podcast platforms. 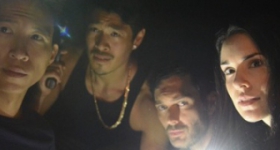 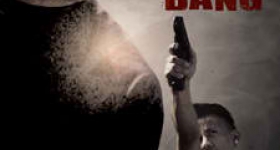