There were two previous short films, "Crush The Skull" and "Crush The Skull 2", both released on Wong Fu's Youtube channel, both released during the Halloweens of 2011 and 2013, respectively. I found both of them to be excellent shorts: well done, hilarious and filled with suspense. How did those two shorts come about?

Thank you! The original Crush the Skull was something Chris Dinh and I came up with while watching a horror movie for research. Chris wanted to know how he'd really act in real horror situation. We ran with that idea and wrote the short fast, then shot the movie three weeks later. We had no idea it would win the NBC Short Cuts Festival a few months later!

After that, our good buddies at WongFu offered to showcase the short on their channel for Halloween. A couple of years later, we had a fun idea for the second short, and WongFu was kind enough to let us put the sequel on their channel again.

I should also point out that we would not have the feature if WongFu didn't support us. They gave us exposure and really encouraged their fans to help us raise money to make the movie. We keep offering them sensual hugs, but they always decline. Their loss.

What about those two shorts is related to the feature film "Crush the Skull"? Are the same characters featured? Chris Dinh seems to have a different character name from the shorts (in them, he's named "Austin," yet in the feature film his name is "Ollie" -- same with Walter Michael Bost) -- so is the feature set in the same universe as the shorts? Or is the feature more of a "spiritual sequel" embracing similar themes/mood/tone?

I would say it's more of spiritual sequel. (I'm stealing that phrase from you, by the way.) The feature is actually a hybrid of the Crush shorts and another short we made called, Things You Don't Joke About -- which was about a couple of burglars pulling their last job.

We took the burglars from one short and put them against the serial killer in the other short. Basically what I'm saying is we are only capable of coming up with two ideas for stories, so we just put them together.

Can you describe the writing process and how you came up with the screenplay (also with co-writer Chris Dinh as well)?

To reiterate, we are really dumb and cannot make up new stories! Actually, we had a lot of drafts of the feature that eventually evolved into this hybrid of the two shorts. So we did try to come up with new ideas, but fell back on the stories that had worked for us in the past.

As far as our writing process went, I would pitch an idea to Chris, and his reply would be, "Will there be a close-up of my face?"

What inspired you to work with this particular set of actors for the cast, e.g., in addition to Chris Dinh, other Asian American actors such as Tim Chiou, Leonard Wu, and Jerry Ying are featured, in addition to Katie Savoy, Chris Riedell, Lauren Reeder and Walt Bost from the first "Crush the Skull" short?

Chris will be the first to tell you that he likes working with me because I'm the only one dumb enough to make him a lead in my movies.

When we started casting for the movie, we made a rule that we would not cast more than 2 degrees outside of our circle. First, with such a small production, we had very little room for error. There was no way we'd go with someone who our trusted friends didn't vouch for. Second, we have a pretty big circle of talented friends/peers, so we knew it was possible.

(We had to recast our female lead because Tara Perry had a clause on her current tv show that didn't allow her to do our movie.)

Katie Savoy is very good friends of very good friends of ours. Katie just got the material. It wasn't written for her, but she made it her own. She absolutely nailed the audition. I've been told that casting is 65% of directing, but in my case, I'd say it's more like 90%. If actors are going to say my dumb words, I need people who can raise the content another notch. Katie raised it several notches.

Chris Riedell was a friend of ours and he's a talented filmmaker (he and his brother have the awesome "thebrothersriedell" channel on Youtube), so if he was dumb enough to "date down," we're not going to kick him out of the bed.

Katie was in an amazing web series, Living With Models, and connected us with the creator, Lauren Reeder, who's an amazing actor and also a talented writer. So same rules as Chris Riedell -- she was willing to come to our shanty town, and we were ecstatic to have her!

I'd worked with Tim, Leonard, and Jerry in the past (Ninja Say What?!), and not only found them great actors, I found them to be great people. And when you're slumming it in our little productions, you have to be a guy who's just down for the cause. Those guys are my ninjas and we'll always work together.

Walt was actually not much of an actor before the Crush short. He was a fellow filmmaker friend who worked on the same tv shows as me and I always knew he loved horror as much as I did. When I was casting for the role of the serial killer, I just had a hunch about him. He was even surprised when I asked him to act in the short, but as you can see, he nailed it. So it was natural for us to bring him back for the feature.

Technical details: what camera did you shoot on? What did you cut/edit on? How long did it take to shoot (principal photography)? How long did post take?

When we won the NBC Short Cuts Fest, we were awarded a Panavision package that saved us a LOT of money. We shot on the Sony F3 cameras with Panavision cinema lenses.

We cut on Avid.

We shot 18 days in 3 weeks. And post production lasted several months, and literally ended the other day -- 2 days before the premiere!

We hope to get into other cool fests. And we hope to sell the movie for a million bucks. Know anyone with a big checkbook?

My next directing gig will be an episode of iZombie on CW. (I'm one of the editors on the show, and interesting tidbit, the other two editors are also Vietnamese!) 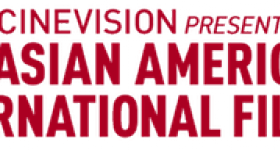