“I wanted to give myself a last chance to become a ‘real’ writer. I realized if I didn’t do something soon about committing myself full time to writing, I would be reduced to just visiting my other self, like someone who stops by a beloved old house.”

Nair’s big break, winning the PEN/ Amazon.com Short Story Award for unpublished writers in 2000, came with strings attached. Judges declared her ineligible upon discovering she’d already published in a small literary journal, but let her keep the $10,000 prize, calling it a misunderstanding. Undaunted, Nair published Video in 2002. The collection’s 10 stories range in settings from Arizona to a rural Indian village, with conflicts between Hindus and Muslims, men and women, and parents and children.

“A lot of my stories are about everyday lives lived by ordinary people,” she says. And what about mistaken identities? Video jokes aside, Nair laughs about being confused with her almost-namesake, filmmaker Mira Nair: “Invariably some breathy young thing will come up to me at a reading to tell me that she went into film because she saw Mississippi Masala. Nowadays I announce at the beginning of my readings that I never made a film in my life.” 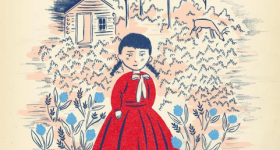 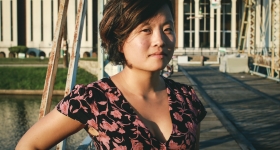