Documentary filmmaker Arthur Dong has never shied away from controversial topics. In The Question of Equality: Out Rage '69, he tackled the 1969 Stonewall Riots that initiated the modern Gay Pride movement. His 1997 film, Coming Out Under Fire, revealed how the U.S. Army utilized sham psychiatry to persecute hundreds of gay servicemen during World War II. For Licensed to Kill, Dong — himself a victim of a gay-bashing incident in 1977 — interviewed several men who had been convicted of murdering homosexuals.

"When my mother saw a screening of the film at the Castro, she asked, "Gee, where'd you get these actors?" he recalls. "I had to tell her they weren't actors; the're real killers."

Dong's latest film, Family Fundamentals, is as hard-hitting and thought-provoking as anything he's ever done. With the religious right's recent political attacks on the gay community as backdrop, the feature documentary poses the question: What happens when conservative Christian parents have gay kids?

In one segment, a mother leads a religious support group for parents whose kids have "become homosexual" (prayer and "reparative therapy" are seen as viable cures). In another, a young man returns home to Utah after being discharged from the Air Force for being gay. After initially agreeing to participate in the film, the man's strict Mormon parents abruptly backed out of the project.

"They asked if I was gay, and I said yes,” remembers Dong. “If I had said no, that probably would have made a big difference, because they really wanted me to make a film that basically said that homosexuality is wrong.”

Many scenes in the film will make you shudder, regardless of your politics. Others are heartbreaking. Unfortunately, says Dong, the emotional impact of these stories has tended to overshadow the film's underlying political message that churches and governments have no right to use religion to infringe on individual's civil liberties.

"More people are focusing on the families in the film, and I'm not sure if that political statement is coming through," says Dong. "As a storyteller, though, I know that works better than if you're only talking about politics, because no one wants to talk about politics."

2003 will be another busy year for Dong. He recently released a new DVD version of Forbidden City, U.S.A., his 1989 documentary about the postwar Chinatown nightclub that was the home of an all-Asian dance troupe and acts such as the "Chinese Bing Crosby."

Dong will also be doing research on a documentary series about Asian American actors, and is working to arrange screenings of Family Fundamentals for conservative Christian audiences. "I'm trying to reach hardcore fundamentalists," he says. "If they're going to see a film about homosexuality, it's going to be a film that confirms their worst nightmares. I want to get them in the theater, at least get them to watch a film that's otherwise different. That, to me, is the first step."

The idea of conservative Christians flocking to see an Arthur Dong documentary may be an odd one, but it's a testament to Dong's philosophy that amid the controversy, he hopes to forge common ground. 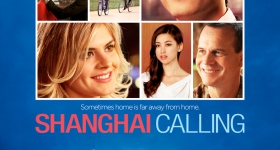