LILLIAN CHAN DIDN'T have to look far to find the inspiration for her animated short Jaime Lo, Small and Shy. The film, which follows a 7-year-old girl whose father is sent to work overseas, was largely based on Chan's experiences living in Toronto, Canada. While her own dad was not one of these so-called "astronaut fathers," shuttling between family in one country and work in another, there were plenty of other examples for Chan to draw on.

"It's a common theme that's not really found in films," says the 26-year-old Canadian. "But I know so many friends who have this experience, and I wanted to reflect their stories in mine."

Less than eight minutes long, Jaime Lo deftly addresses a topic that defines many Asian families today, reinterpreting the immigrant experience. Seen through the eyes of the pig-tailed protagonist, the film captures the confusion Jaime experiences when her dad ships out, followed by the eager anticipation she feels counting the days to his return.

The scenes are captured in dazzling detail with Chan using a classical animation style that's more Hanna-Barbera than Pixar. Each frame is completely hand drawn, and it took Chan more than a year to piece everything together. An art school graduate, Chan is heavily influenced by the animation style of the '50s and '60s. Her characters are depicted as caricatures as opposed to lifelike representations of people. Her frames, meanwhile, rely more on subtle shading and outlining than complex realism. It's like a sketchpad brought to life, without any unnecessary trappings.

In one scene, young Jaime stands in front of a wall of her drawings, depicted as mere squares and lines. She is only visible from behind, all head and shoulders and little else. But these small details form a larger picture and the message is clear: When you feel lonely, nothing else around you seems to matter. "Sometimes there's no need to have too many details in the background," she says. "For the story I'm trying to tell, I wanted to draw attention to the characters and their emotions."

Chan says she was inspired to create the film after seeing the lack of contemporary representations of the Asian immigrant experience. "All the stories we see are about people who came to build the railroad or work in laundromats," she says. "My friends and I are so disconnected from that generation, and I wanted to tell a story that's familiar to us."

The response has been tremendous. Jaime Lo won the audience award at the Ottawa International Animation Festival and was a nominee for the Prix Jutra, Quebec's version of the Oscars. But it's been the response from families that Chan cherishes most. Though Jaime Lo is whimsical and fun, the message hits home. "It's supposed to be a kid's film but it's covertly for adults," she says with a smile. "Most people think immigrants come to America to get a better life, but they don't realize that dads are actually going back to China to make ends meet."

Chan's own career nowadays is equally on the move. She's been working on a new production for Disney and has plans to develop a graphic novel. Jaime Lo, meanwhile, has been picked up by the National Film Board of Canada as part of a collection examining the immigrant experience. It won't be long, it seems, before Chan becomes a bit of an astronaut herself. "Things have been really busy," she says, "but that's a good thing. It means I'm getting a chance to move around and be creative and ultimately share my stories with more people."

Tim Chan is a writer for NY1 News and a reporter for AM New York. He has freelanced for Blackbook Magazine, Theme Magazine, Floss Magazine, The Villager and The Queens Courier and is a graphic novelist. 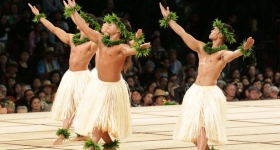 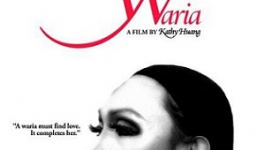 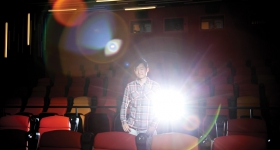