WALK DOWN the young adult fiction section of any sterile, superbookstore and you'll amble through a cross- section of the lives of modern teens and-marketers' category du jour-tweens. Besides the age-old books about crushes and summer camp are books about 21st century love rituals like hooking up and IMing, like l8R, g8R; ttyl; and ttfn, as well as Summer Intern and Tips On Having A Gay (Ex)Boyfriend. So it should be no surprise that, upon closer inspection, one can find booKs for Asian American young readers wedged between those on school drama and staid classics like Bridge to Terabithia.

"The protagontist's ethnicity is not what troubles or defines her," said Carrie Rosten, a stylist turned author of the 2005 book Chloe Leiberman (Sometimes Wong) about a fashion obsessed biracial Jewish Chinese teen growing up in the OC. "What troubles Chloe is not that she is biracial-it is the fact that her genuine interests and passions are ursupported and entirely dismissed by most of the adults in her life."

Lisa Yee, author of Millicent Min, Girl Genius (2003), also stressed that her characters are kids above all else. "They happen to be Asian, and that's just part of the fabric of the story," Yee said. "I get a lot of mail from kids saying things like. 'I'm Asian and I've never read about someone like me before-just a regular kid.'"

Likewise, Melissa de la Cruz's 2005 book Fresh Off The Boat is about a normal teen who just happened to be a Filipino immigrant. "Growing up I loved books like Sweet Valley High, and I wanted to write a book that was as much fun as those books, but would feature a girl who looked like me and had a family like mine," de la Cruz said. "In a lot of mainstream books, the characters are uniformly white, and they don't accurately represent the new America."

David Yoo, author of Girls for Breakfast (2005), said that recognition of the diversity of experiences is driving the new types of characters in fiction today. "To correctly describe the American experience, let alone the Asian American experience, is to offer a hybrid, or a combination of multiple cultures," Yoo said.

This new crop of Asian American books stresses the similarities to white American teens more than the differences. "Asian American teens have all the same worries as any other teen-it's all about boys, clothes and popularity," said de la Cruz. "And if mom happens to serve kimchee or lumpia for dinner instead of meatloaf, that's just part of life too."

This sense of identifying more with their white classmates than the other Asian kid down the street stems from many of the authors' own experiences. "Growing up, I just didn't really think about my Indianness much," said Tanuja Desai Hidier, author of the first ever South Asian American coming-of-age story (2002's Born Confused) in an interview on her website (Hidier was writing the screenplay for the book and could not be reached for comment). Growing up in a small Massachusetts town as one of three Indian children in her class, Hidier said "from the age of two to 18, with pretty much the same group of people around you, you stop seeing these things about each other. ... Ramona is Ramona and Jennifer is Jennifer and Brian is Brian, not black or brown or white or purple."

Chiu said many of these early books featured immigrants and a foreign, exotic Asian culture: feet were bound, oceans were crossed. "Those books take place 'over there,' in that place that's foreign," Chiu said. By contrast, today's books take place in the United States, "dealing with struggles of Asian American youth now."

Jennifer Ho, assistant professor of English and comparative literature at the University of North Carolina, Chapel Hill, has written about pre-2000 Asian American coming of age novels and said that in those books the narratives were ethnic- and regional- specific; there was no pan-Asian American experience. "It was specifically Japanese in Hawaii [Lois Ann Yamanaka's Wild Meat and the Bully Burgers] or Chinese American in San Francisco after the war [China Boy]," Ho said. Today's Asian American books could take place in practically any affluent, white suburb in America and the Asian American experiences detailed speak to many ethnicities.

Ho also said today's Asian American young adult novels feature less of a cultural clash between parents and children. "The parents are fairly Americanized," Ho said. "There's an awareness on the parents' part that kids are trying to acculturate, and that's a not a bad thing. That's what they need to do to survive a US social system."

Showing the breadth of the Asian American experience is a hallmark of the new generation of Asian American teen novels: We didn't all grow up in Chinatown as straight-A students with stoic parents. "A lot of literature in late '80s and early '90s was created to fulfill need of the 'We need one novel per ethnic racial group,'" Chiu said, referring to the era's rise of multiculturalism in school curricula. "Those books seem to be so stereotypical because they were written to fill that niche."

Many of the writers contacted for this article said Amy Tan was an influence on them, whether positive or negative, because she was one of the few authors for Asian Americans that existed at the time.

"I didn't like Amy Tan growing up," said de la Cruz. "I couldn't relate to the sadness, the harsh families, the tragedy, and I felt her books promoted a certain stereotype. But as she's the most widely read Asian American writer, the culture at large asks minorities to 'stand in' for the entire race, which is silly."

For better or for worse, The Joy Luck Club is now widely read in American high schools. "I'm not saying: 'Don't teach Amy Tan,' " said Chiu, admitting she scoffs at Amy Tan. "I'm saying teach Amy Tan and something else, something that gives a less exotic side or oriental side of Asian America."

Chiu and Ho laud Gene Luen Yang's highly praised 2006 graphic novel and National Book Award finalist American Bom Chinese as a positive step away from the Amy Tan standard. The book weaves together the stories of a Chinese American ostracized in a predominantly white school, a slant-eyed caricature named Chinkee, and the Chinese folktale hero the Monkey King; ultimately the message is about self-acceptance.

As in many of these new books, American Bom Chinese explores racial territory obliquely, by focusing on the universal teen struggles of fitting in at school. Entrée into American school social life is symbolized by dating a white classmate. "It mirrors the reality," Ho said. "In the '60s and 70s, if you were part of a Chinese family, you were just gonna marry Chinese. Heaven forbid if you date a Japanese American." That predicament of history intruding on present-day interethnic relationships is the premise of Lensey Namioka's 2006 book Mismatch, where a Chinese American girl and her Japanese American boy crush are kept apart by her grandmother, a survivor of the Japanese invasion of China, and his family's belief in stereotypes about the Chinese.

Dating other people of color is another way race is covertly examined in books like An Na's Wait for Me (2006), which is set in southern California and tells the story of high-achieving Korean American girl who falls in love with a Mexican migrant worker at her family's dry cleaning business. "For a long time Koreans were considered the cheap labor and now Koreans are hiring migrant workers from Mexico to be their cheap labor," Na said. "I wanted to explore how two immigrant cultures might come together and also the ways in which they clash."

Just as Asian American writers are making race secondary to their characters, young Asian American readers seem less concerned with reading about race-which does not bode well for sales of these Asian American young adult books.

Avid reader Elena Huang, 12, said she does not consider race when choosing books to read and has read only two books with Asian American characters, one of which was American Born Chinese (at the recommendation of her mother). But Huang did not identify with the main character Jin.

"I've pretty much always felt comfortable at school," said Huang, who lives in Hillsborough, CA. "I go to school with a lot of other Asian students."

Joyce Wu also said she is drawn to characters she can relate to, regardless of race. "The race of the characters in the books I read doesn't matter as long as the book is interesting," said Wu, 13, a San Francisco native. For an Asian American protagonist to pique her interest, the character "would have school conflicts with their peers, adventure and fun at home with family members-most of what an average teen would go through."

Race taking a backseat to normal teen worries is becoming more prevalent today in places with large Asian American populations, according to Chloe Leiberman author Rosten. "There is a greater ease today, and a mainstreaming, if you will, of biracial Asians in major metropolitan cities, especially in California," Rosten said. "I think this is a positive thing, overall, provided people remember where they come from. Thankfully, in the American cultural milieu of today, to be biracial, tri-sexual, pan-whatever, is more common and socially acceptable."

Perhaps writing about race is not on the wane, but rather an acceptance of race by Asian Americans is on the rise. Lan Dong, an assistant professor of English at the University of Illinois at Springfield who has written about Asian American young adult literature, has also noticed more acknowledgement and acceptance of bior multicultural heritage in recent books.

These books are just part of the American cultural machine that is turning the tide of self-hatred to self-acceptance for young Asian Americans. Movies, TV and music all play a role in their identity formation-though Ho wishes books had as much cultural heft as visual mass media. "The fact that Yul Kwon won on Survivor has more impact than Frank Chin writing Donald Duk, and more people will see that than read Donald Duk ... it's a sad thing," Ho said. "Nothing against Yul Kwon."

Perhaps publishers simply have yet to find the sweet spot of Asian American young adult fiction and should take inspiration from a certain bespectacled, magic spell-spouting book phenomenon. Huang, who favors fantasy books (Harry Potter, in particular), suggested an Asian American character she would plunk down her allowance money for. "It might be cool to read about an Asian wizard or magician," she said thoughtfully. "And maybe with a dragon because I know in China dragons mean a lot, symbolically."

Lisa Wong Macabasco, an editor at Hyphen, owned the entire Baby-Sitter's Club series and always wished she was Claudia Kishi. 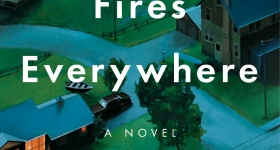 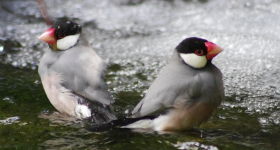