We asked writer Preeta Samarasan, winner of the 2006 Hyphen-Asian American Writers' Workshop Short Story Contest and author of Evening Is the Whole Day (Houghton Mifflin): What are the best books for travelers?

I'd recommend this to anyone, traveler or not. It's one of the most breathtaking, energetic novels I've ever read. It seethes with mind-blowing ideas about geography and history and how they are related. It doesn't just have a sense of place-this novel is place. It's a novel about what place does to people. I've been greatly influenced by both Swift's voice in this book and his playful, yet slightly aggressive, treatment of time.

Anthony Burgess lived and taught in Malaya (part of what later became Malaysia) for four years, and as a result of that encounter, produced a fine trio of novels that were unfortunately-and unjustly, in my opinion-overshadowed by A Clockwork Orange. The Malayan Trilogy is rich, funny, wickedly perceptive, vast and essential reading for anyone interested in the region. It's definitely a product of its time-some of the racial stereotypes do make me wince-but it's still as magnificent as A Passage to India and The Heart of Darkness.

I love contemporary Australian literature and it's excruciating for me to have to choose between Tim Winton, Peter Carey and Richard Flanagan. (Really, read them all; these men are geniuses.) Cloudstreet has a generous, loveable, quintessentially Australian cast of characters, and Winton's use of Australian English is inspiring to any writer who tries to work with a local English in a way that feels both poetic and honest. Every sentence is full of what it means to be Australian, which is what I do when I try to write about Malaysia. 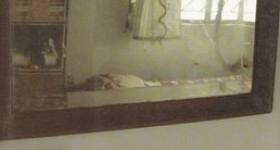 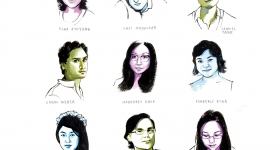