Why do Asians pose for pix with the peace sign?

Whew, Missy, you are scraping close to the marrow because your humble narrator has done that unconsciously (which scares him). Does a photo album or Flickr page exist where a bunch of college friends are standing together and the one FOB in the group ISN'T flashing the two fingers? I chalk the peace sign in pictures to generational change. Ever since we came to this country, the family photo was a dour, looming presence literally hanging over the home. Did anyone smile back then or were we all descendents of the Royal Tenenbaums? Aside from its role as an icon of the late 1 960s anti-war movement, the Asian appropriation of the peace sign grew out of not knowing what to do with the hands when someone points a camera in your direction. The peace sign is friendly, it says "I'm an easy-going cat, adore me." It's since become trendy to fold your arms b-boy style, flip the ironic bird, or the more contemporary "throw up your dubs Westsiiiiide" twist. Those are cool but confined to a space of time and propriety. The peace sign is like the Honda Civic of hand signals: timeless, dependable, lasts forever. Peace out.

Why do Asians stand so close to you on the train when it's not even crowded?

Growing up a word freak, one of my favorites I learned was "frottage" and now I finally have a reason to use it in context. Frottage is the act of rubbing up against someone in order to gain sexual pleasure, or better known by its derogatory cousin, "dry humping." Many a hentai have used trains to snuggle close, breathing In your essence, chambering material for long, personal showers. But seriously, Asians have a long tradition of forming clusterfucks on trains, buses and in queues. Ever see those films of Asian commuters at rush hour, with the guy in the slick black uniform and chinstrap pushing the overflow to the center of the car? The move from rural to urban mores is a slow, steady one and like the "spitting" question from a previous column, invading your personal space and the attendant frottage is a holdover from our pre-industrial past. RS. I once dropped "frottage" on a Scrabble board for a bingo. My father-in-law was not amused.

Is there a rule where every Asian that drives a Honda or Toyota needs to have a box of Kleenex in the back seat?

Of course! You never know when you're going to be stuck in traffic and have to drop a deuce in a foreign environment, or spill some coffee, or need to wipe the hanakuso off a kid. Honda and Toyota need to incorporate a Kleenex box container into the cabin - faded macram - doily not included.

Do you ever get called "Scott"?

All the damn time and I don't understand why. It seems to be the default name for nice Asian boys. I think everyone knows at least three Scott Tanakas. Scott is our John, Jose and Mohammed. If you are doing that, please knock it off. 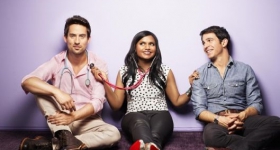 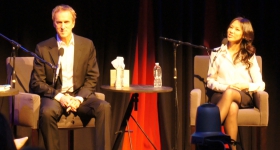