Can you find true love over 12 five-minute rounds?

I walk into Forbidden City, a bar in New York City’s East Village, and order soda water. Not to be a teetotaler, but to keep my wits (and eyes) about me.

This event is a one-off fundraiser, but numerous other companies hold regular events for Asian American singles in Manhattan. Such companies are catering to a growing market. According to a 2007 study published in the American Sociological Review, while the rate of Asian-white marriages is declining, marriages between Asian Americans are on the rise (due in part to the increase in Asian immigration to the United States during the 1990s). These couples must start somewhere, right?

Going into this event sober, I have no expectations. I’ve spent my 20s flitting between Los Angeles and London, half-hoping to find that elusive Korean-British male wit — a fool’s errand, it turns out. At this point, I’ll be satisfied with sharp, funny, creative and motivated. No actors.

Fifteen minutes in, the bar is pretty empty. I befriend the woman next to me, Eva Yuan, a grad student at Pratt Institute who’s 30 but looks 23. She guesses that I’m 22, underestimating by five years. Later, Dianna Lo joins us; she also looks younger than her 25 years. The age bracket for tonight’s event is 21 to 30, but few of us look a day over 25. We speculate that anyone under 25 probably wouldn’t be serious enough to pay $25 to speed date. (For what it’s worth, the 31 to 40 event for the following evening is sold out.)

Once all participants have arrived, we learn that there are 12 five-minute rounds. We are to scribble onto yellow cards the names of people we like.

Round one: I meet Min Kim, a lively film researcher. My first impression is positive: glasses, interesting job and — the bonus — Korean American. I tell him we share the same surname and the conversation promptly blossoms around further commonalities. We’re both University of California alumni and L.A. bred, and we know of each other’s high schools. But then the tipping point: He reveals that he’s 24 — too young for my blood.

Next is a reserved graphic designer. Amid the din of the bar, I think I hear a Scottish lilt, but he’s Egyptian. Then, the lineup grows increasingly unremarkable, and I go into talk-show-host mode.

I rotate through an apparently drunk guy, a token white guy, a questionably gay guy and a cute-but-smarmy guy. One guy, a veteran speed dater, compliments my hairstyle but then blows it by calling it “The Justin Bieber.”

In the end, I choose two of the 12 I met — though my interests are more friendly than romantic. My first speed dating experience has actually been less than nerve-wracking; I’ve been spared the stress of having to suss out an Asian fetish or playing ethnicity-guessing games.

I match with just one, Kim. Fair enough, since the only other guy I liked was the questionably gay one. Lo, whose three picks reciprocate, says she probably won’t speed date again. “I'm more attracted to personality, and it's hard to say yes or no in just five minutes,” she says. Last I heard, she’s met with one of her matches.

Yuan reports that she “didn’t really like anyone there” and would prefer to seek out someone with a shared background. She’s gone on to explore different formats and has had better luck at a Chinese singles event.

I, on the other hand, meet Kim for an amusing night out that ends in Korea Way with an awkward hug that definitively brings this experience to a close. Maybe I'll try kismet next.

Gloria Kim is a writer and designer living in Los Angeles.  Her last article was about Asian American actors who leverage their ethnic ambiguity. 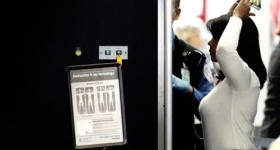